5 Hidden Gems in Ireland that Most Tourists Miss 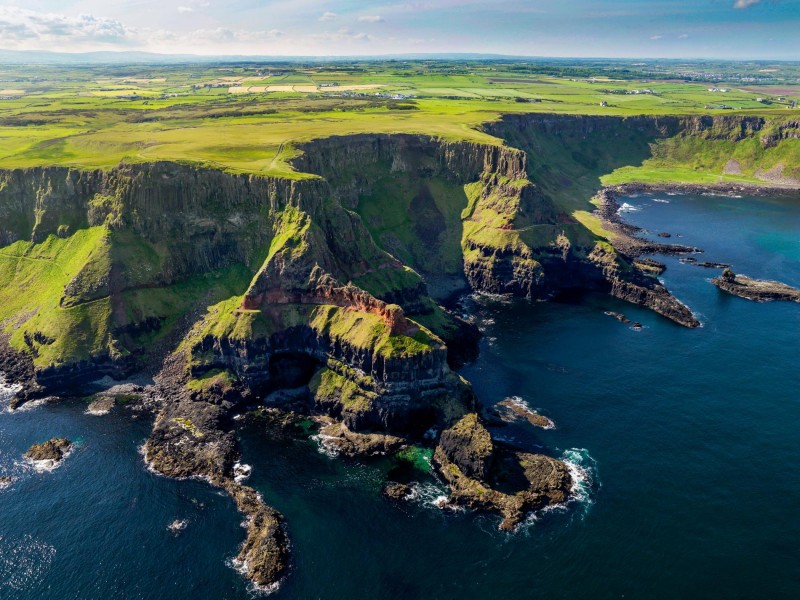 A trip across the pond to Ireland is a dream come true for many. However, if you take a peek at most guidebooks and sites, you’ll get the same old recommendations. From visiting the Blarney Stone to desperately trying to find the ‘best Guinness’ served authentically (a distinction mainly dictated by which pubs are paying for promotions), it can quickly feel like you’re caught in a tourist trap.

Although this little slice of the UK might be geographically small, it’s a veritable gem full of unique things to do and see. If you want to see the hidden side of this country and make your trip one to remember, make sure you check out some of these hidden gems in Ireland. 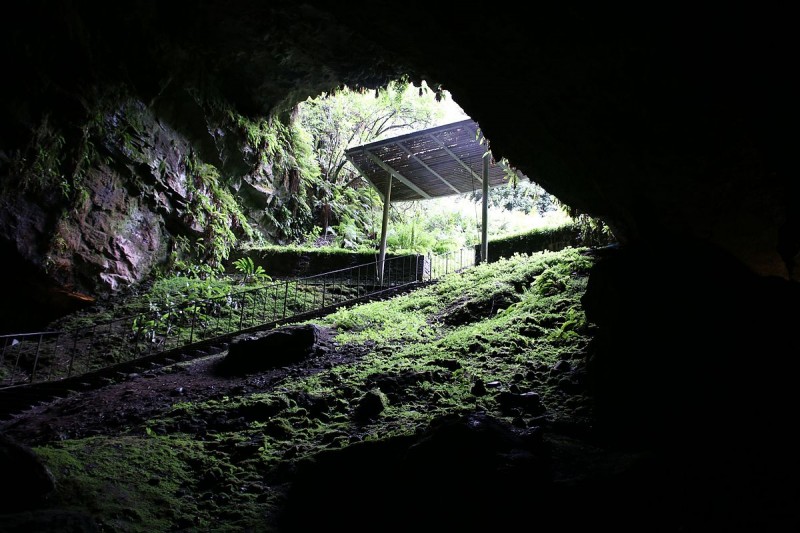 Said to be the place where a Viking massacre claimed 1,000 lives, the little Dunmore Cave has long been a source of inspiration to explorers, writers, and archaeologists. You’ll find the limestone cave in County Kilkenny. The first intense expedition into the cave took place in the mid-19th century, though it was well known for hundreds of years. It first appears in an Irish poem in the ninth century where it was dubbed the ‘darkest place in Ireland’. Some gold and silver have been found in the cave, but more prevalent are human remains. It’s been open to visitors since the 1960s and some say it’s haunted by the alleged hundreds of lives claimed within! 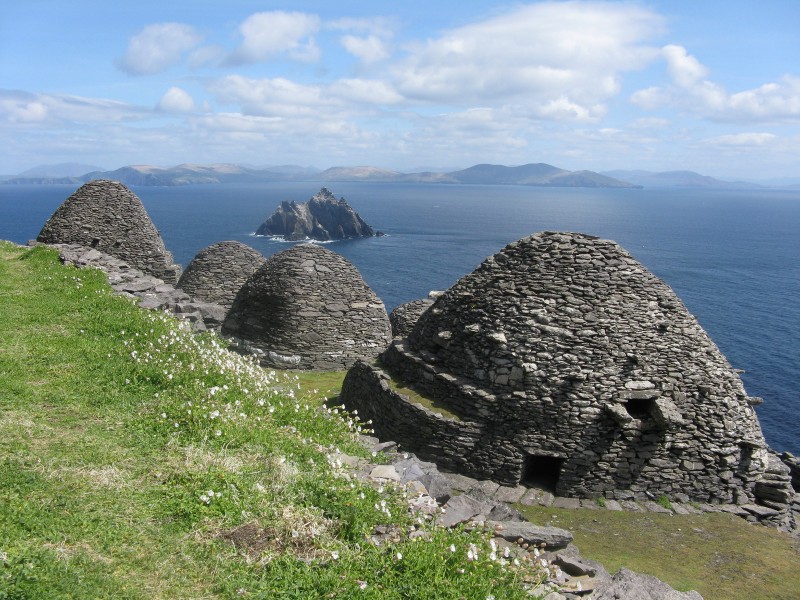 You’ll need to hop on board a chartered boat to make it to this remote and tiny island. It’s located only eight miles from the coast of County Kerry and is the bigger of two islands situated on the Atlantic side. It’s easy to spot — just watch for the jagged island that juts up 230m from the ocean. The islands themselves have a rich history going back to the prehistoric times and there are plenty of pagan connections. However, the most famous story is of the monastery that was built in the seventh century.

It’s shockingly perfectly preserved and the unique ‘beehive style hut’ sits around an oratory and a vegetable garden. You can still see how it was an idyllic place for monks. The only way to access the monastery itself is to climb 600 stairs that were built into the cliff. Higher on the peak is a second oratory, designed for a solitary monk who needed sheer isolation. In the ninth century, the Viking raids destroyed the peace of the monastery, though it technically survived as an active monastery until the 12th century when the monks moved back to the mainland.

Daily boats take visitors to the harbor between May and October, though numbers are limited. Few people can manage the hundreds of stairs, which means if you’re up for a challenge you’ll be one of the few to see the monastery. 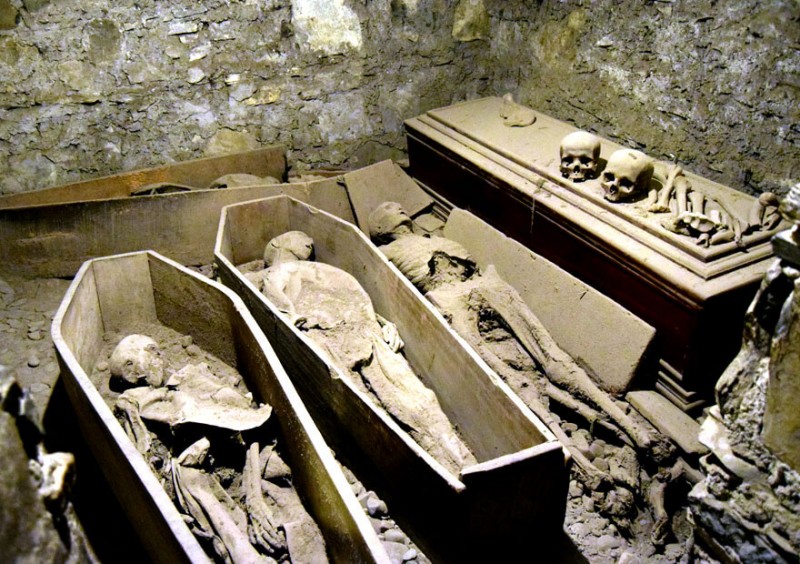 Located in Dublin at St. Michan’s Church, you can head down a dark and narrow set of stone steps into a vault below the church to see a score of coffins — and the sole single mummy. Unfortunately, as of 2017, the church no longer allows visitors to shake hands with the mummy (for obvious reasons), but it’s still worth a visit. The church was first built in 1095 for Viking parishioners, then rebuilt in 1685. A lot has changed since the early days, however, the crypt is completely untouched. Many theories surround why the crypt is such an excellent mummification space, but one is that the limestone keeps the area dry. Having oak wood in the soil also helps. 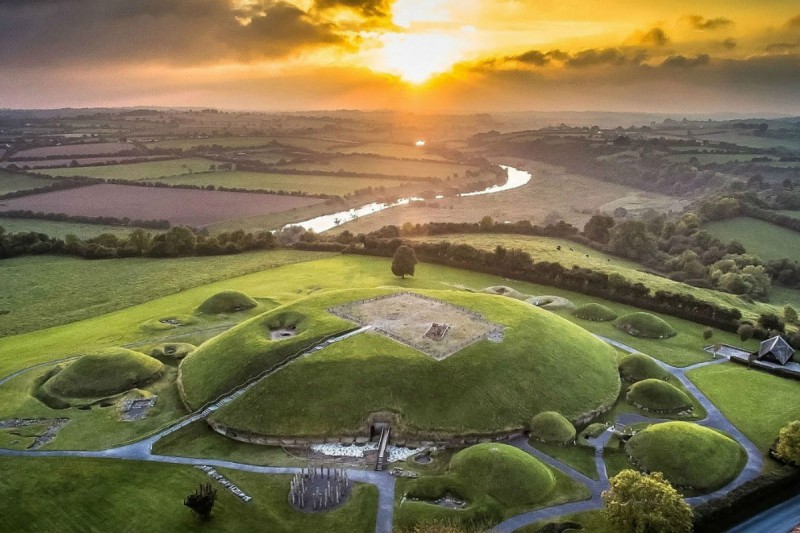 Everyone has ‘time’ to visit Newgrange in the Meath Boyne Valley because these ancient tombs are actually a calendar that keeps perfect time! It was built around 3200 BC in the Neolithic era, which means it predates Stonehenge quite a bit. Newgrange was designed to feature astronomical alignment. The shortest day of the year marks the day when the chamber is lit up by the rising sun. Both the tombs and the nearby area are open to the public, though the tombs are only accessible via a private tour. It works on a lottery system for the winter solstice event, and over 30,000 applications are the average. 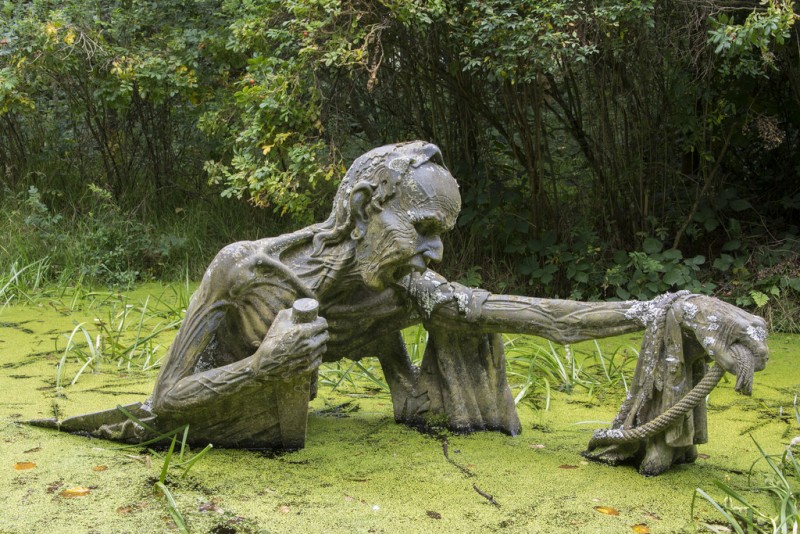 Craftspeople in Mahabalipuram, India undertook a massive project in County Wicklow under the guidance of the spiritual visions of one particular Irishman, Alan Turing. The park spans 22 acres and features many dancing Indian gods such as Shiva and Ganesh. You’ll also find strange Buddha-esque sculptures here, but with a skeletal twist. A favorite for lovers of the macabre, some of the spookier structures include a huge finger and the famed ‘Split Man’, which showcases a person tearing himself in two. It’s meant to pay homage to the ‘mental state of the dysfunctional human’. The park was created to represent spiritual progress towards enlightenment and includes 14 statues that took two decades to complete. Only adults are allowed to enter.

When planning a trip to Ireland, do a little research and go off the beaten path. In a country with such a long and rich history, there’s a lot more to it than St. Patrick’s Day festivals!

Hi There While this is a lovely article about places to see in The Republic of Ireland please edit your information as we are not part of The United Kingdom. Regards John