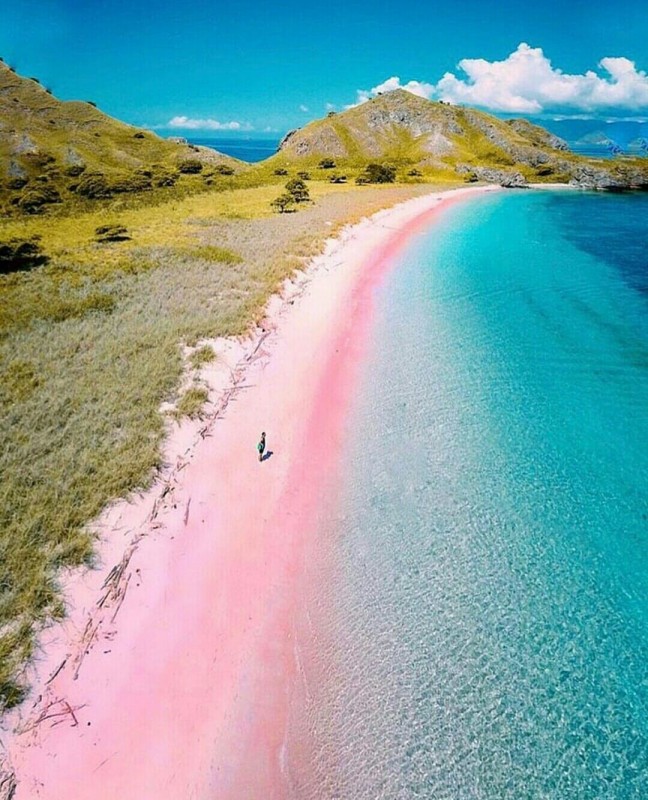 Pink Beachor Pantai Merahas it is aptly named, is one of seven pink beaches on the planet, and is just one of the many amazing features of Komodo Island that make it truly a Natural Wonder of Nature. This exceptional beach gets its striking color from microscopic animals called Foraminifera, which produce a red pigment on the coral reefs. For this reason, it is called Red Beach in the local tongue. When the tiny fragments of red coral combine with the white sands, this produces the soft pink color that is visible along the shoreline. A side from Pink Beach itself, a few small segments along Komodo’s eastern bay also have a pinkish tint.