Need inspiration about where to go this summer? Egypt and Tunisia are back promising to be great value hotspots for 2018 while Sri Lanka, Havana and Ethiopia are becoming the hottest new picks.

Just make sure you book soon before the crowds get there. 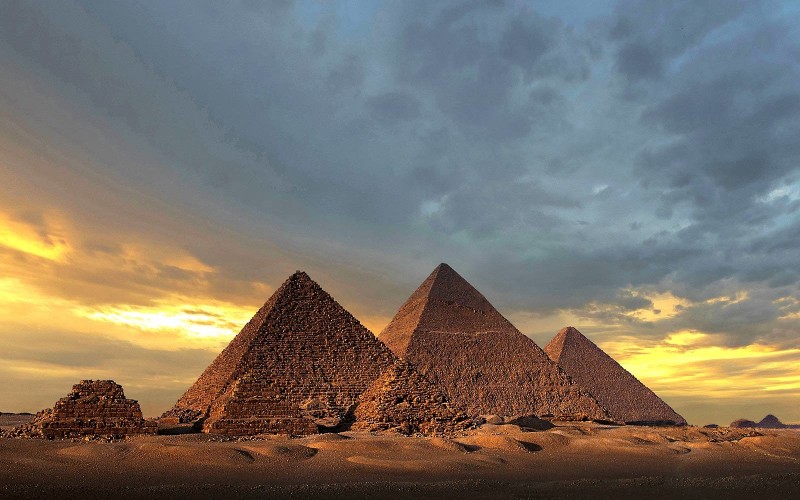 Egypt has experienced several challenging years in tourism due to the 2011 uprising and multiple terrorist attacks in the years since. Despite the troubles, most of the popular tourist spots have remained largely undisturbed and Cairo is deemed a safe destination to travel to by the FCO (Foreign and Commonwealth Office). Thankfully, 2017 saw an increase in visitor numbers to Egypt, with tourists eager to experience Egypt’s unique culture and fascinating ancient history.

Cairo is most famous for its proximity to the Pyramids of Giza, the last surviving Wonder of the Ancient World. There is also the Egyptian National Museum of Antiquities, which contains more than 120,000 ancient Egyptian artefacts, including The Gold Mask of Tutankhamun, composed of 11kg of solid gold.

The dramatically named “City of the Dead” is an Islamic necropolis and cemetery below the Mokattam Hills in southeastern Cairo. This dense grid of tomb and mausoleum structures provides a place for local people to live and work amongst the dead. This includes the ancient craft of leatherworking, where local craftspeople creating commercially viable products from locally tanned hides.

Urban Adventures are offering a guided “Treasures and Tut” tour where you can unleash your inner archaeologist. The tour starts at the Egyptian National Museum of Antiquities where you can explore the world of Tutankhamun and his royal counterparts. Learn about the political landscape of modern-day Cairo as you stroll through the graffiti covered Tahir Square. After a hearty lunch of koshari, the nation’s favourite street-food, you’ll finish off the tour with a relaxing boat ride along the Nile in a traditional wooden sailing boat known as a felucca. Price per adult is $53.

Cuba’s Cold War with its neighbour has thawed in recent years making travel a viable option with easy-to-get visas. And anyone venturing through the newly opened tourist doors of this Caribbean country will find that Cubans are a warm and welcoming people eager to chat to visitors and to embrace change without diminishing their clutch on Socialism and their love their heroes – Fidel Casto and Che Guevara can be seen on billboards, buildings and T-shirts everywhere.

The streets of Havana (La Habana in Spanish) are adorned with bold coloured classic cars that are mostly used as taxis. You’ll find eons of history oozing from its sometimes ramshackled buildings and pretty colonial style streets. Salsa is heard blaring out of bars and windows while street entertainers bang it out on their guitars. Probably the most endearing quality is the lack of easily available Wi-Fi. That means in bars and streets, everyone is actually present and in the moment – remember those days? Get there now before the crowds get there.

The most popular bar for tourists is El Floridita bar. It was made famous by American novelist Ernest Hemingway. He used to drink daiquiri and of course this cocktailhas become best selling cocktail in the city. Drink it here and feel the vibe as live Cuban music is played in the background.

The best base in town is the colonial styled Iberostar Parque Central located, as its name suggests, in the most central location in town right opposite Parque Central and walking distance from all the main sights 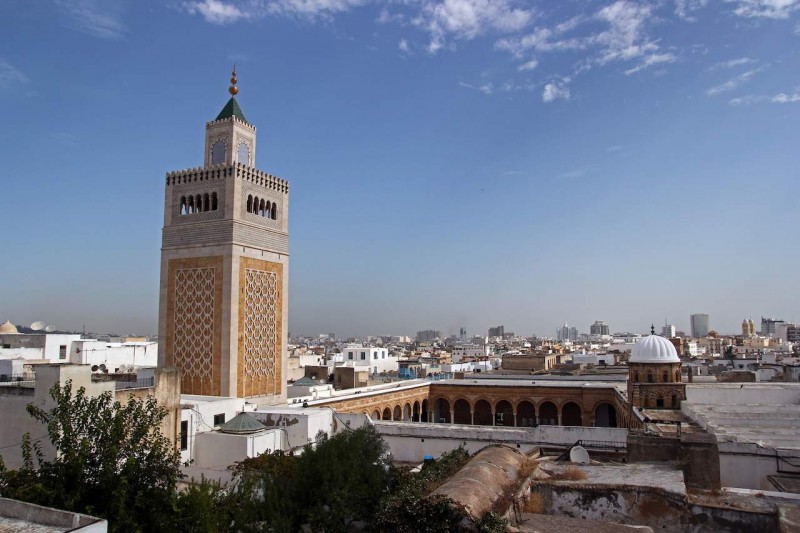 Tunisia suffered a similar fate to Egypt following a terrorist attack at Sousse beach in 2015. The massacre resulted in the death of 38 people and there was a swift drop in visitor numbers to the whole country. The hotel where the massacre took place re-opened in 2017, which seemed to signal a change in fortunes for the country. The number of foreign tourists to visit Tunisia in 2017 increased by 23% compared to the previous year. Tunisia is back on the map, and what better to experience its rich culture and history than by visiting the capital, Tunis.

Tunisia’s capital is just inland from the Mediterranean Sea’s Gulf of Tunis. Explore the medina (old town), which is full of old, crumbling buildings and winding alleyways. Embrace getting lost in the chaos and take in the aromas of shisha, leather and spices. The medina is also home to the Zitouna Mosque, which contains a magnificent prayer hall (only open to Muslims) supported by a forest of columns and capitals. Tourists can walk though the tranquil courtyard and admire the beautiful tilework of the minaret.

For your history fix, head to the ancient ruins of Carthage just outside the city, which is set against the deep blue sea. According to legend, Carthage was founded by the Phoenician Queen, Elissa (better known as Dido), around 800BC and was destroyed by the Romans some six centuries later.

The opulent 5* Palais Bayram is built inside the Medina of Tunis and is just a few steps from the Zitouna Mosque. The 18th century palace has been restored to its former glory and is decorated with vibrantly coloured tiles. Prices start from just £97 per night for a traditional suite. 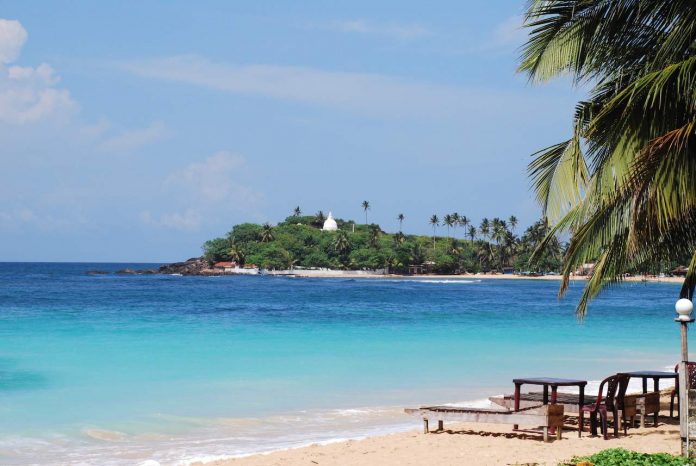 After almost 30 years of civil war and a catastrophic tsunami that ravaged the coast of Sri Lanka in 2004, the “pearl of the Indian Ocean” has experienced a renaissance. Sri Lanka’s rich cultural heritage and lush, green landscape are attracting tourists from every corner of the globe. If you’re living in the UK, you can hop on a direct flight from London to the capital city of Colombo, and drive two hours to the beautiful coastal town of Unawatuna. Located in the country’s Galle district, Unawatuna is becoming increasingly popular with travellers thanks to its gorgeous beaches and interesting wildlife.

The main beach at Unawatuna can get a little crowded, so you might prefer the secluded Jungle beach, which can be reached by either boat or tuk-tuk. The sheltered bay of this hidden gem is ideal for snorkeling, and it’s also in walking distance to the Japanese Peace Pagoda. The glittering white pagoda was built by Japanese Buddhist monks of the Mahayana sect in 2005, in order to encourage peace during the civil war.

A highlight for many tourists at Unwatuna is to take part in conservation efforts at the sea turtle farm and hatchery in Habaraduwa (about 3km from south of the town). The not-for-profit organisation has released over half a million sea turtles into the ocean since it was established in 1986.

Cantaloupe Levels is a luxury boutique hotel in Rumassala, near Galle, situated on top of a hill near to Jungle Beach. If walking to the beach feels too much like hard work, you can spend the afternoon sipping cocktails on one of the day beds by the hotel’s tricoloured pool. 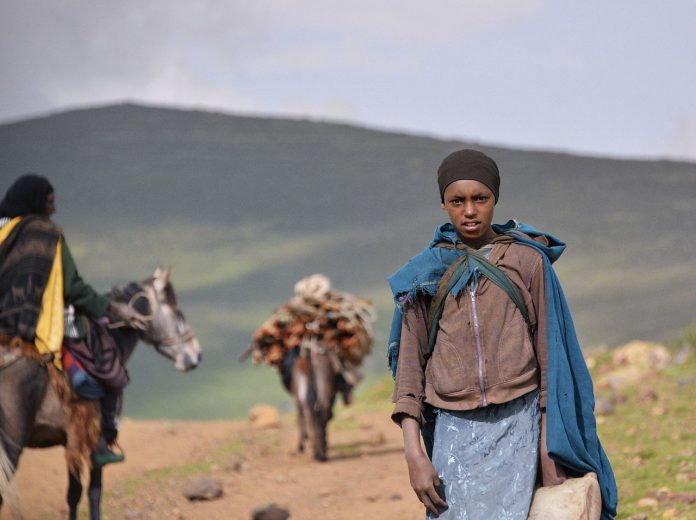 Ethiopia was once synonymous with drought and famine, providing the inspiration of Bob Geldof’s Band Aid (and later Live Aid) to raise funds to fight poverty. Fortunately things have improved greatly in the last three decades and tourism here has boomed.

As one of Africa’s landlocked countries, Ethiopia’s vast landscape is dominated by mountains, gorges and forests, which form the Great Rift Valley that runs the length of the country. Many are familiar with the Semien Mountains, but now you can be one of the first to experience the very best of Ethiopia’s incredible scenery while trekking through the Sanetti Plateau, which forms part of the Bale Mountains.

Highlights of the Sanetti Plateau:

As the highest plateau on the African continent (at 4000m), the Sanetti Plateau is a haven for flora and fauna. There are numerous species that are endemic to the area, such as the endangered yet glorious Ethiopian Wolf. You will also see Columbus monkeys, baboons and several other animals. Plus some breathtaking landscapes, from vast pinelands to dramatic waterfalls – especially the Finch Abera Waterfall, where the Web and Wolla Rivers join.

The Sanetti Plateau is also home to nomadic herders who graze their flocks on the highlands who seem to pop up out of nowhere.