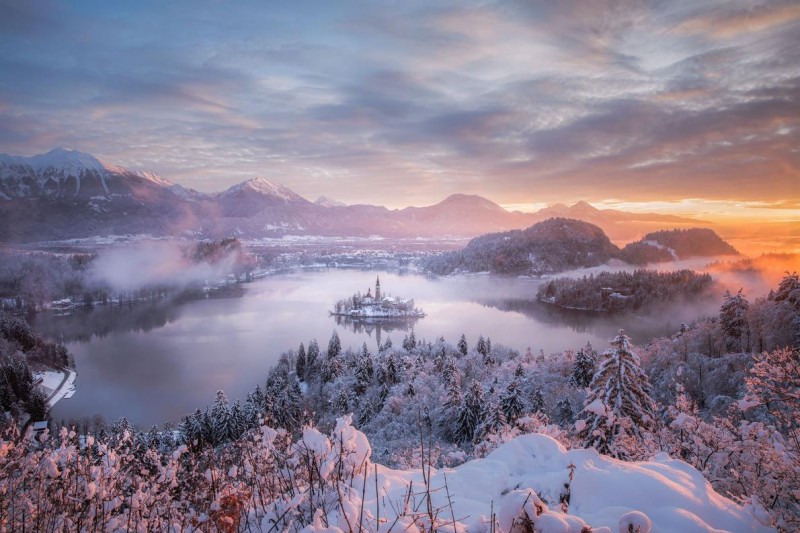 Snow on Lake Bled, Slovenia, makes the scene look like something out of a fairy tale. A functioning church stands on the small island in the middle of the lake, as it has since the late 17th century. 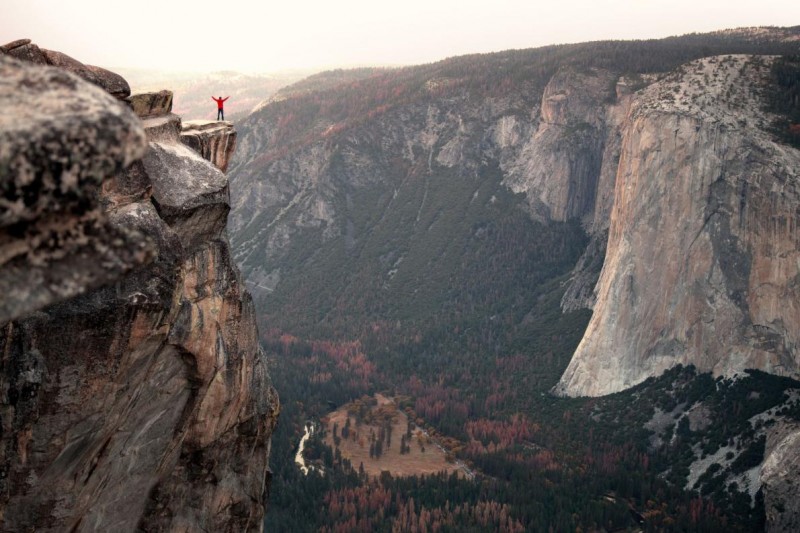 A hiker greets the morning in Yosemite Valley, California. Your Shot photographer Eric Harris says, "The adrenaline from standing on the edge of a 1,000-foot cliff helps me wake up." 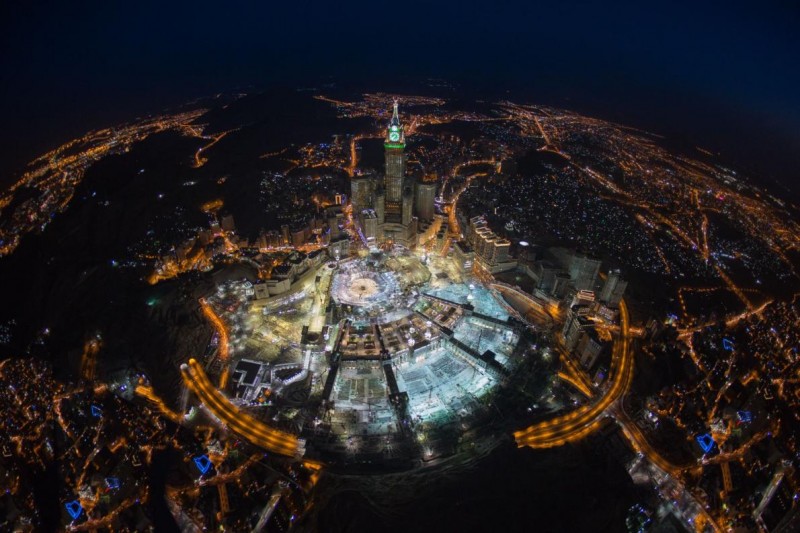 The city of Mecca, in Saudi Arabia, is the holiest site in the religion of Islam. Non-Muslims are prohibited from entering the city, and each year, 15 million pilgrims make the trip to worship. The tower is the Makkah Royal Clock Tower, part of Abraj Al-Bait, a complex of skycraper hotels for worshippers to stay in. The clock tower is one of the tallest buildings in the world, and it sports the largest clock face—measuring 141 feet across. 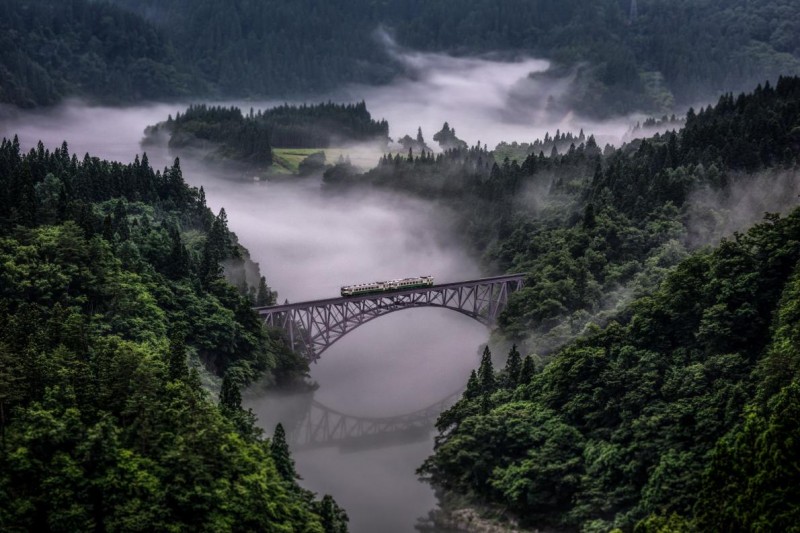 The Tadami Line is a train route that stretches for 84 miles in Japan. "The view from the train is stunning," says Your Shot photographer Teruo Araya. "The train goes over a number of bridges passing cherry blossoms in spring, greenery in summer, colored leaves in autumn, and snow in winter." 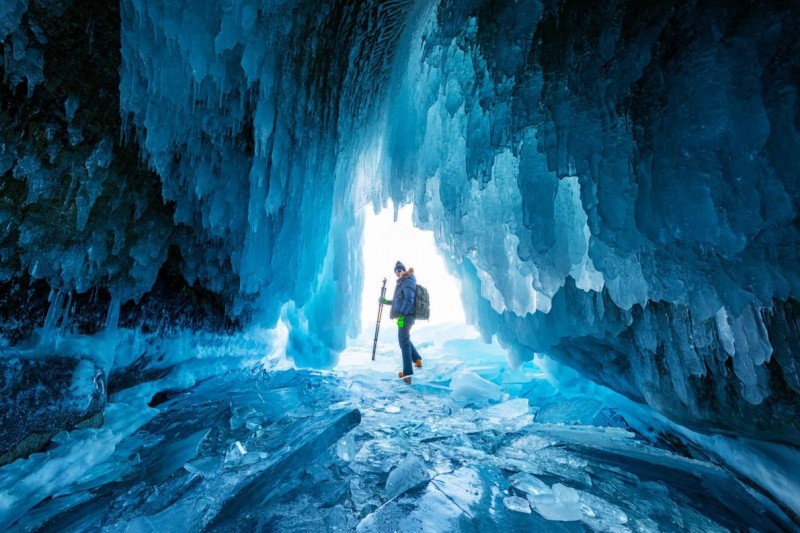 An ice hiker pauses in an ice cave on Lake Baikal, in eastern Siberia. With depths plummeting to 5,387 feet, Lake Baikal is the world's deepest lake—and it holds more water than all the Great Lakes combined. In winter, it can freeze into ice 1-4 feet thick, and caves form curtains of ice like the ones seen in this photo. 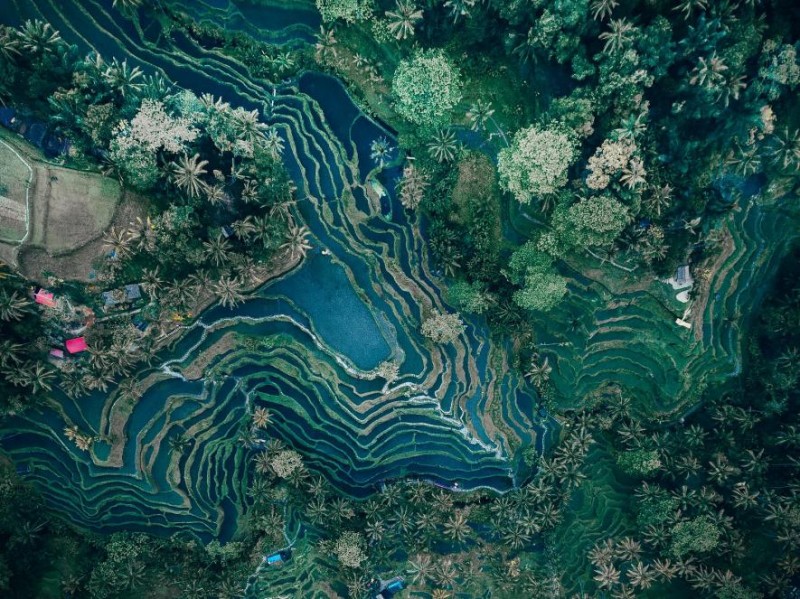 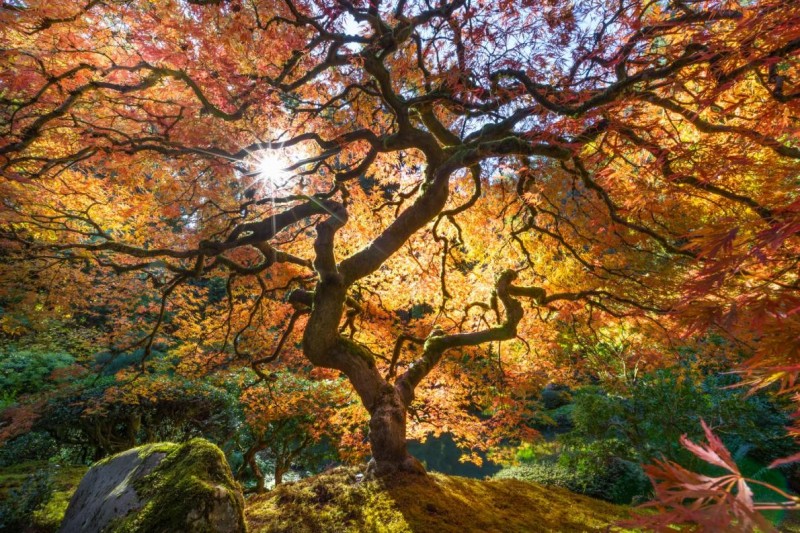 "This iconic maple seems to be on every photographer's bucket list to photograph, including mine," says Your Shot photographer Holly Fischer. The famous tree stands in the Portland Japanese Garden in Oregon. "It is just a simply stunning example of Mother Nature's perfect brilliance," Fischer says. 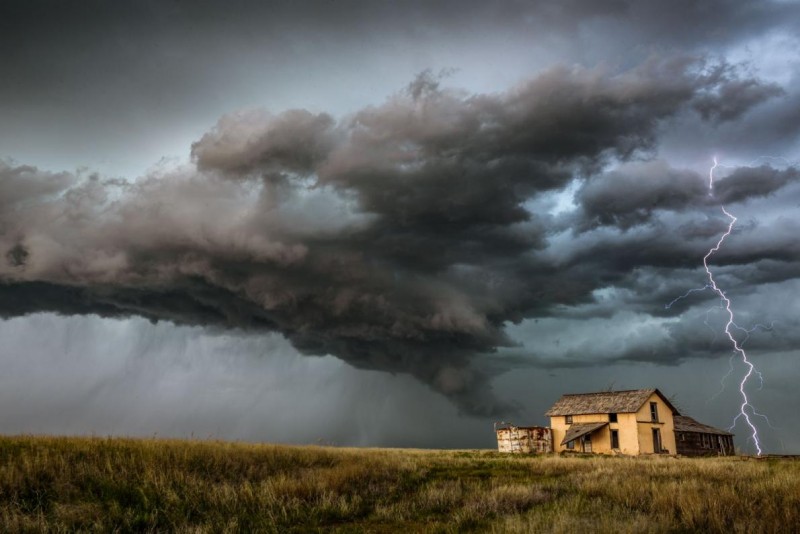 Storm chaser and Your Shot photographer Vanessa Neufeld captured this scene in Keyes, Oklahoma. The day before she was to fly home, she and her fellow chasers "thought we'd go for one last chase and hope for something more than just a squall line," she remembers. "As the evening descended, so did a barrage of lightning in northwest Oklahoma. " 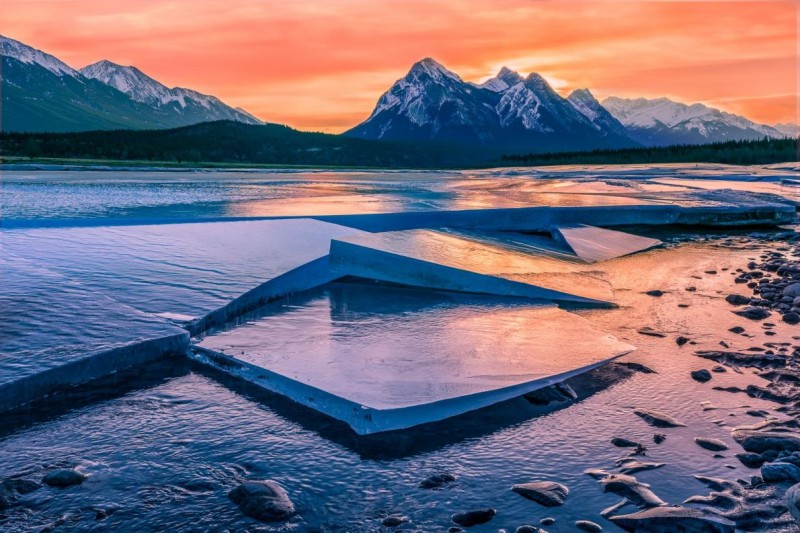 The sun rises behind Abraham Lake in the Canadian Rockies. Fluctuating water levels make ice conditions on the lake unpredictable—even in winter. 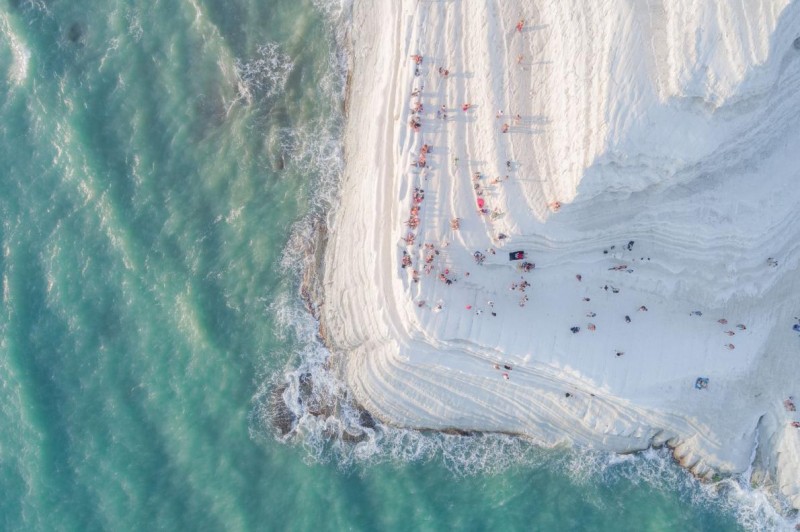 This white cliff in Sicily is called "Scala dei Turchi," or the Turkish Steps. Natural erosion has softened the limestone and marl cliff, and the aerial view of visitors reminds Your Shot photographer Placido Faranda of "a big meringue covered with sprinkles." 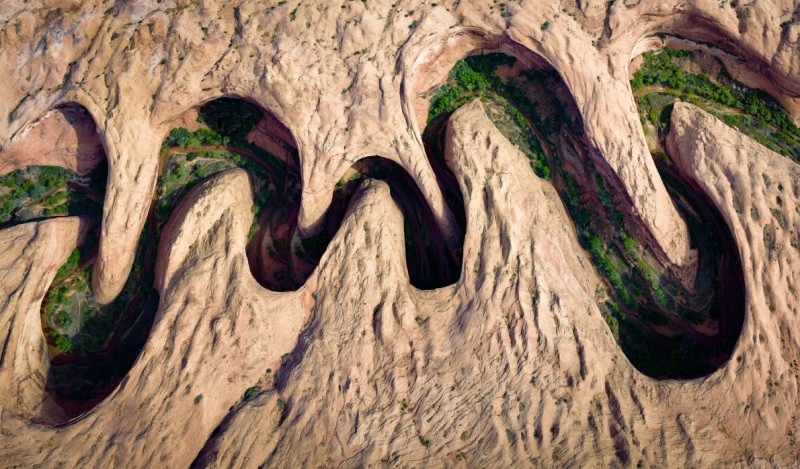 Years and years of erosion have formed this meandering sandstone canyon in Utah's Grand Staircase-Escalante National Monument. Below, vegetation thrives on the banks of the river that has cut through the stone for so long. 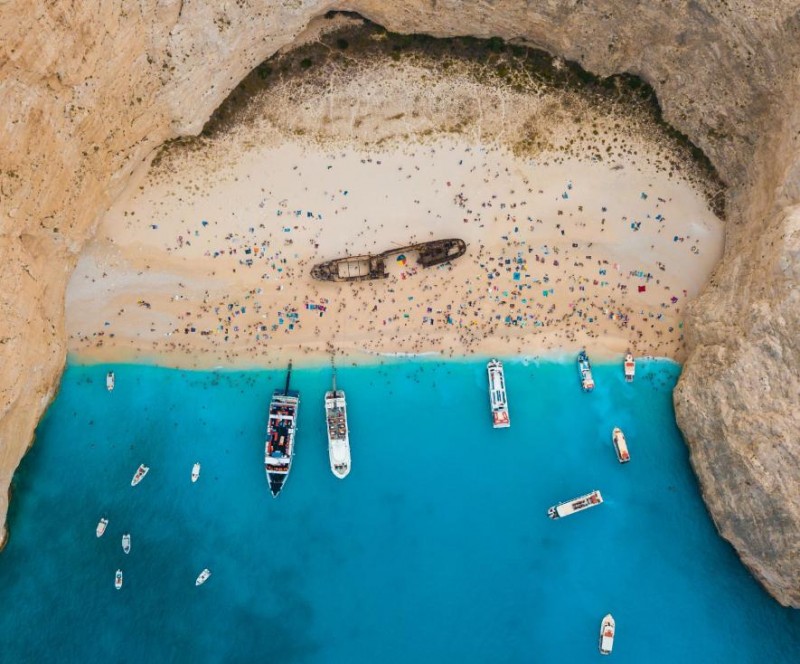 Navagio Beach, on the Greek island of Zakynthos, hosts the remains of the MV Panagiotis. While the ship wrecked on the island in October of 1980, the scene now delights visitors and photographers alike. 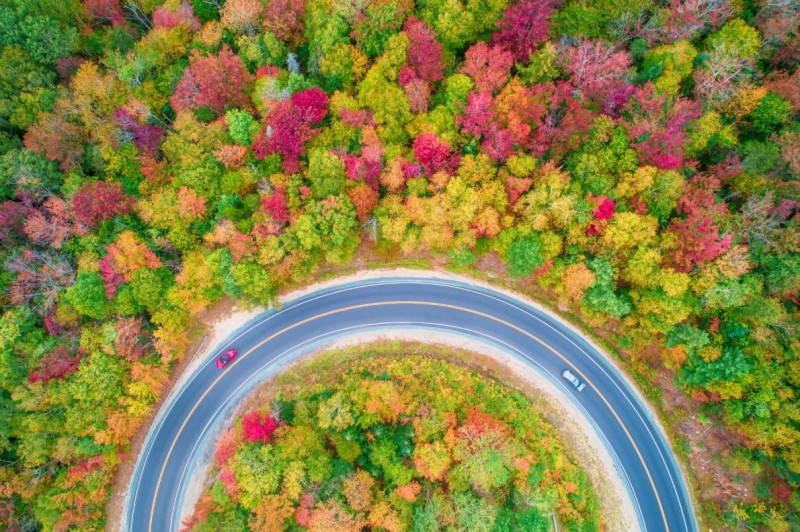 Leaves turn into an autumnal rainbow along the Kancamagus Highway in New Hampshire. "This is my favorite place on the whole scenic route," says Your Shot photographer Manish Mamtani. "I always fly my drone here to capture the curve of the road and moving cars." 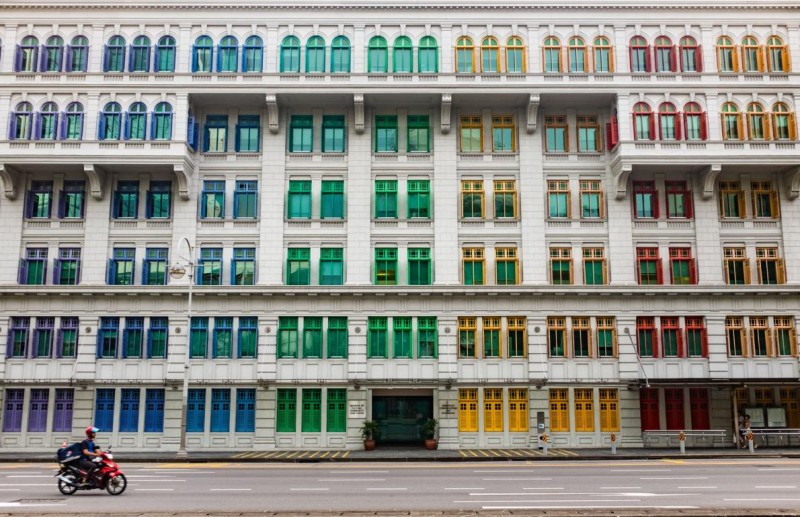 Colorful windows brighten a street in Singapore that's usually full of activity. Your Shot photographer Andrei Z. wanted to capture the scene, but the traffic made it impossible. "On my last day I was walking by again and noticed that the entire block was deserted. Incredible," he remembers. "I took a few shots of the building in all its glory, however now it was lacking life. Ironically, I found myself waiting for some sign of human life to enter the frame." 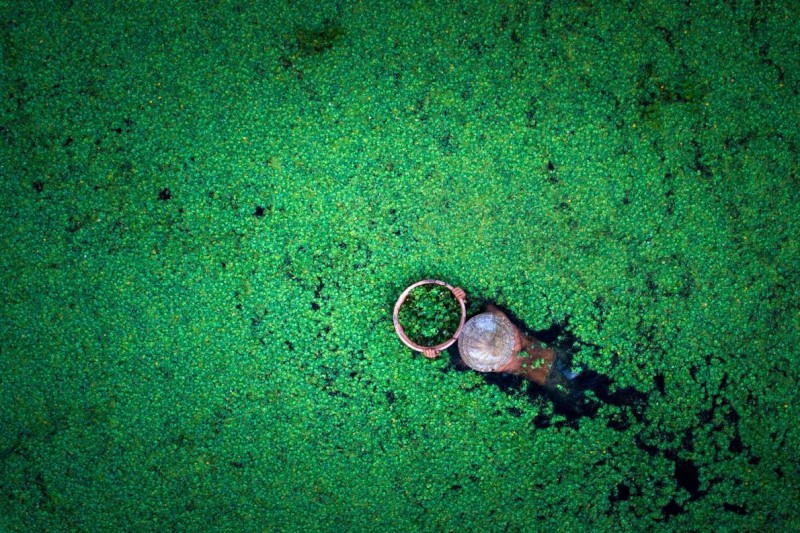 In a swamp outside of Ho Chi Minh City, Vietnam, a farmer swims while planting duckweed on the water. The plant will later be turned into pig feed.