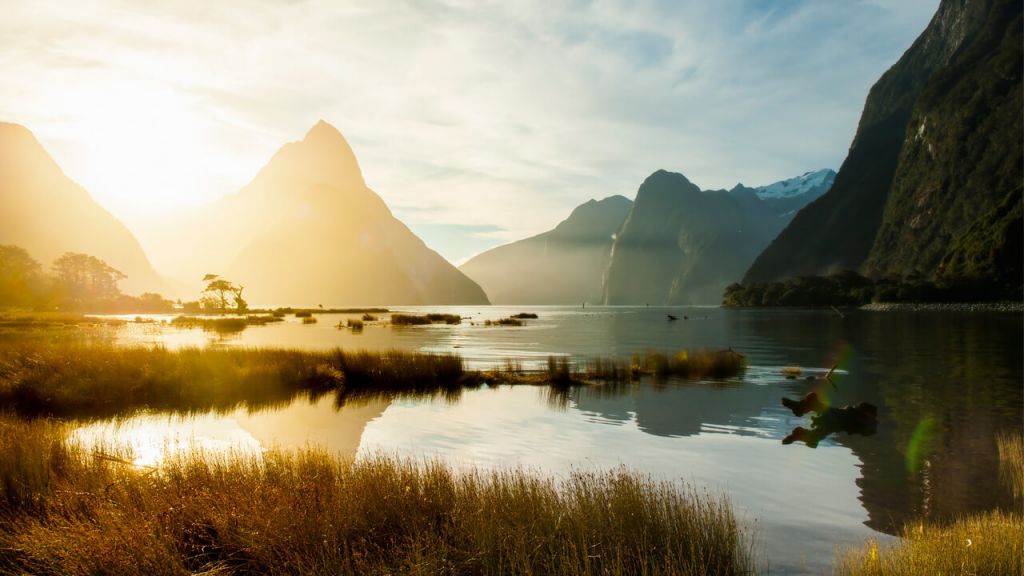 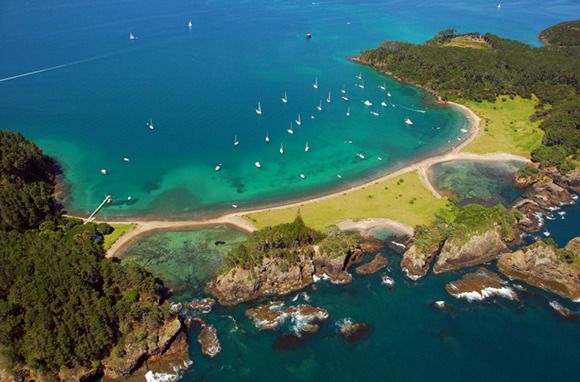 What’s there to do in the Bay of Islands? Get on or in the water! Try scuba diving with Paihia Dive‘s intro-to-diving course. You will be ferried far out into the bay to explore a whole new underwater world.

Or get up close and personal with the marine life in the Bay of Islands on a Fullers GreatSights Dolphin Eco Experience. You’ll get to view dolphins and whales from the boat and, if conditions allow, swim with wild dolphins.

Don’t leave the Bay of Islands without seeing the Hole in the Rock, an opening in a rock formation that you can sail through when the tide is right.

Where To Stay: Spend a night at the historic Duke of Marlborough hotel, which has the distinction of holding the oldest pub license in New Zealand and is located on a peninsula that sticks straight out into the middle of the bay. 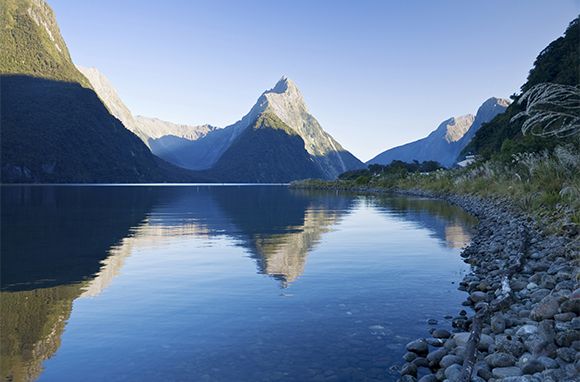 Rudyard Kipling called Milford Sound the “eighth wonder of the world,” and if you visit this region of New Zealand, you’ll see why. Formed by glaciers during the Ice Age, the landscape around Milford Sound still bears evidence of its creation in the form of epic scenery: Cliffs rise from fjords crowned by mountains and waterfalls.

The best way to see Milford Sound is via boat. Take a sightseeing cruise on the fjord to see waterfalls and wildlife such as dolphins and penguins. Or navigate the waters under your own steam on a kayaking tour.

Once you’ve experienced the water from the surface, go underneath with a visit to the Milford Discovery Centre and Underwater Observatory. This is the only floating, underwater observatory in New Zealand, and visitors can go more than 30 feet deep (while staying dry) and get 360 degrees of the underwater environment.

Where To Stay: There are not a lot of places to stay close to the Sound, but if you’d rather not drive the three and a half hours from Queenstown, consider The Milford Sound Lodge. The lodge offers several packages for hiking and boat tours of the sound, and there really is no beating this spot in terms of access to the Sound. 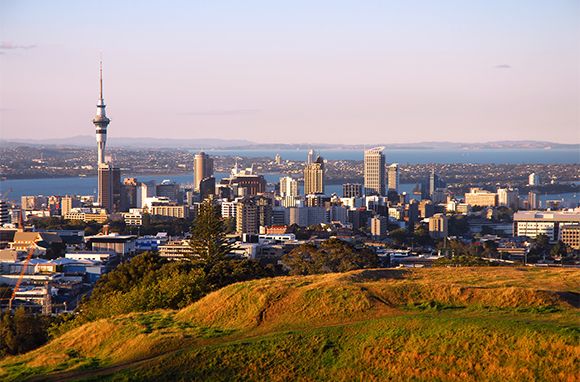 Spend at least a day or two in Auckland—named one of the top 10 cities in the world by Lonely Planet—before venturing further afield in New Zealand. Here are our suggestions for what to see and do in Auckland:

Where To Stay: No matter where you stay in Auckland you will be close to something interesting. Try the accommodations at CityLife Auckland, which is within walking distance of several Auckland highlights like the harbor, both North and Princes Wharf, and the SkyTower. 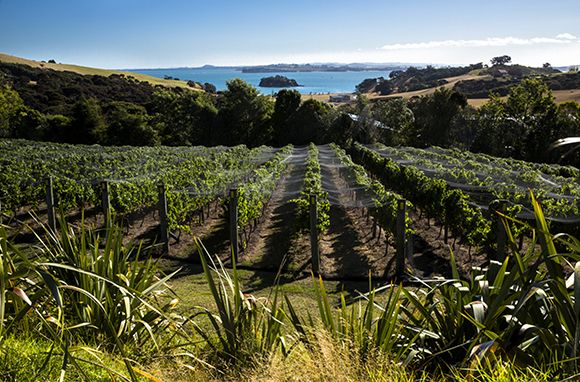 Just a little more than 30 minutes by boat from downtown Auckland is Waiheke Island, one of the best places to go in New Zealand for wine lovers. For a small island in the middle of Hauraki Gulf, Waiheke Island sure is home to a lot of vineyards. To sample as many of them as you can on your visit to Waiheke Island, you’ll want to find someone else to drive. Our pick is Waiheke Island Wine Tours, whose expert local guides will shuttle you around to three vineyards to sample 14 different wines.

Of course, there’s more to do on Waiheke Island than just drink wine! Waiheke Island is also famous for its vibrant art community, beaches, forests, and olive groves. We recommend booking a culture tour, scenic flight, or hiking trip while you’re there to really see why Waiheke Island is one of the best places to go in New Zealand.

Where To Stay: It’s definitely worth staying overnight on Waiheke Island, too. Choose the Delamore Lodge, one of the best-reviewed Waiheke Island hotels on TripAdvisor. The hotel also offers some great packages ranging from wine and food to couples spa treatments. 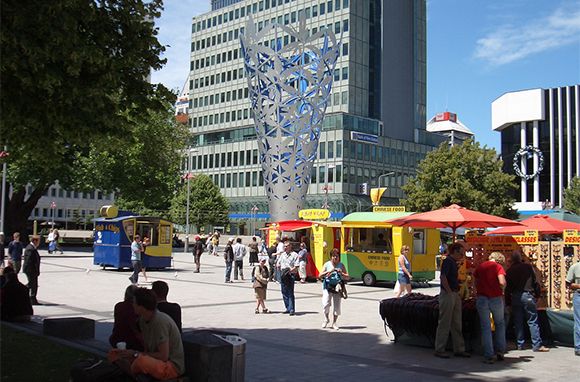 Despite being rocked by four large earthquakes between September 2010 and December 2011, Christchurch has made a true comeback. Visitors to Christchurch will see evidence of the city’s rebirth everywhere, including new buildings made out of old shipping containers, such as the Re:START mall.

Of course, many of Christchurch’s original attractions are still standing. One of the best places to visit is the Christchurch Botanic Gardens, a sprawling network of conservatories, walking tracks, and horticultural displays. The gardens also feature some of the largest, tallest, and oldest trees in New Zealand.

Take in the new and the old of Christchurch from above with a journey on the Christchurch Gondola. This cable car lifts you on a scenic ride to the top of Mt. Cavendish.

Where to Stay: Pick Heritage Christchurch for its central location and status as a World Luxury Hotel. It might cost a little extra, but it will be worth it. 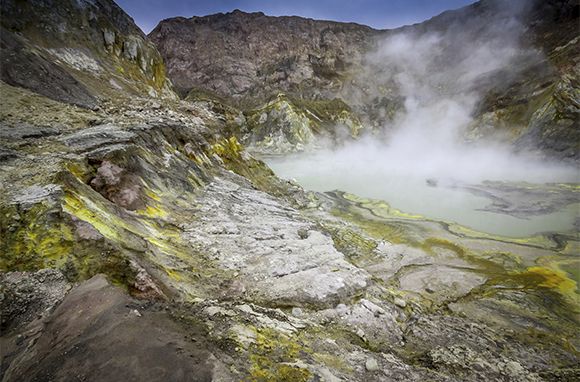 White Island is the country’s most active volcano, which makes it one of the best places to go in New Zealand for adventurous travelers. Get up close and personal with White Island by taking a scenic helicopter ride with Volcanic Air Safaris. Your White Island tour won’t be a leisurely stroll: Because this is a very active volcano, you’ll have to wear a hard hat and gas mask. You may even see volcanologists monitoring the volcano.

Although the volcano is commonly known as White Island, its full name is Te Puia o Whakaari, a Maori name that translates to “The Dramatic Volcano.” The island was first called White Island by Captain Cook in 1769 because every time he sailed near it, it appeared to be covered in a cloud of white steam. (Cook never realized it was a volcano.)

If a helicopter tour of White Island is not your thing, there are a number of other ways to explore the volcano. You can take a boat to White Island or get a bird’s-eye view of it on a scenic flight. You can even go scuba diving around White Island for a look at the volcano’s underwater vents.

Where to Stay: If a tour of White Island is on your checklist, book a night at White Island Rendezvous in Whakatane. You can book a tour along with your room and avoid the hassle of having to drive into town the day of the tour. 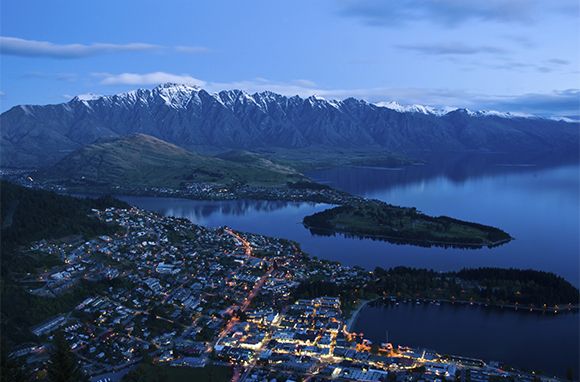 Located on the southwest side of the South Island, Queenstown has a well-deserved reputation as the adventure capital of New Zealand. During the winter and spring months (June to October), Queenstown is known for world-class skiing. Of course, there’s plenty to do in Queenstown year-round. Adventure activities such as bungee jumping, skydiving, jet boating, and river rafting will let you experience the region from dizzying heights and at breathtaking speeds.

Queenstown is also home to the world’s highest cliff jump, the Shotover Canyon Swing, where you can hurl yourself off a cliff in a number of different ways—including backward or tied to a chair.

If you haven’t lost your appetite (or your lunch) on these adrenaline-pumping activities, enjoy the dining scene in Queenstown—it’s one of the best in New Zealand. As locals and tour guides alike will tell you, one of the best places to eat in Queenstown is Fergburger, which CNN says “may be the best burger joint on the planet.”

Where to Stay: Queenstown Park Boutique Hotel is located on the edge of town, giving easy access to the restaurants and other shops but also letting you sleep in relative peace away from the hub of activity. 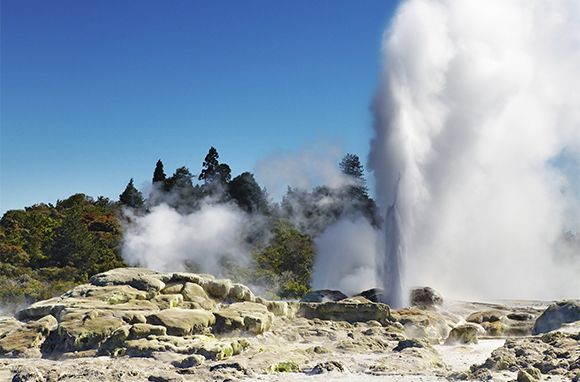 No list of the best places to go in New Zealand would be complete without mentioning Te Puia, the New Zealand Maori Arts and Crafts Institute located in Rotorua’s Te Whakarewarewa Geothermal Valley. At this Maori heritage center, you can get an authentic “steambox” meal prepared using ancient geothermal cooking techniques. You’ll also experience a Maori welcome ceremony and traditional song and dance performance.

The Te Whakarewarewa Geothermal Valley is also home to a number of active geysers, including Pohutu, the largest active geyser in the southern hemisphere. Mud pools are another natural attraction in the geothermal valley: These boiling pools reach temperatures of more than 200 degrees Fahrenheit.

Where to Stay: The Aura Accommodation in nearby Rotorua is located on the coast of Lake Rotorua. The entire facility is powered by geothermal heat to give you a better appreciation for the valley. 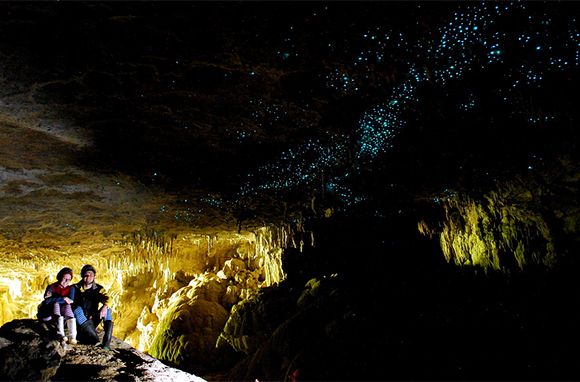 The Waitomo Glowworm Caves, naturally illuminated by thousands of glowworms, are among the most unique places to go in New Zealand—and a visit to the caves is one experience you’ll be hard-pressed to duplicate anywhere else. You can take a boat ride through the caves to learn about the history and science behind the phenomenon.

Or, if you really want a unique adventure, try black-water rafting with The Legendary Black Water Rafting Company, which will float you on an inner tube down a subterranean stream. It will be pitch-dark (except for the glowworms), and you’ll get to do everything from jumping off waterfalls to rappelling down cave walls. Choose your own adventure when you book the tour.

There are other (non-glowworm) caves in Waitomo, too. Aranui Cave features ancient cave decorations; Ruakuri Cave has an awesome spiral entrance and unique limestone formations—and, okay, more glowworms, but in this cave, you can do a walking tour rather than a water-based excursion.

Where to Stay: The Waitomo Caves Hotel is minutes from the famous glowworm caves. It offers a spa as well as cave tour reservations through its website. 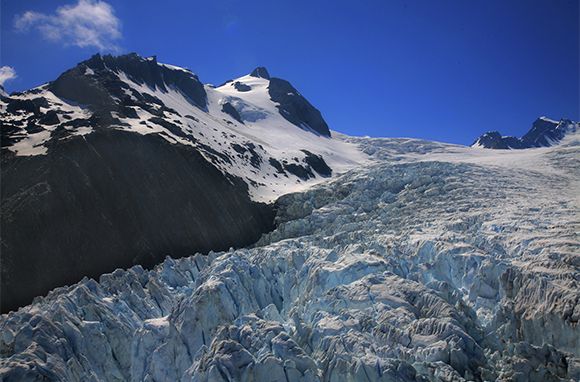 You can hike an actual glacier in New Zealand. The Franz Josef Glacier plays host to both guided walks and jaw-dropping helicopter tours. Tours offer everything from ice climbing to a more relaxed hike on the 6.8-mile-long glacier.

Won’t you be freezing on top of a giant glacier? Nope! The Franz Josef Glacier receives a lot of sunlight, and temperatures on the ice are usually only a few degrees colder than in the nearby town.

Where to Stay: Franz Josef is a small enough town that precise location won’t make too much of a difference (you’ll be close to everything no matter where you are). Consider the Aspen Court Franz Josef, which has received some of the best ratings in the area.