20 Reasons To Travel This Summer 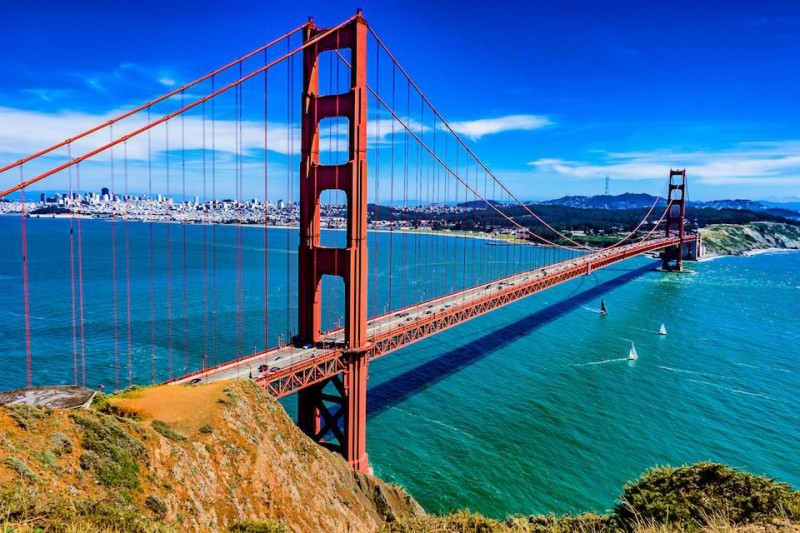 The Giants may be looking up in the National League West standings right now, but that doesn’t negate the fact that their home, AT&T Park, is one of the finest venues in the MLB to catch a baseball game this summer. Toss in that the stadium sits just two miles from Four-Stars JW Marriott San Francisco Union Square and Loews Regency San Francisco Hotel and you have the makings of a winning Bay Area vacation. 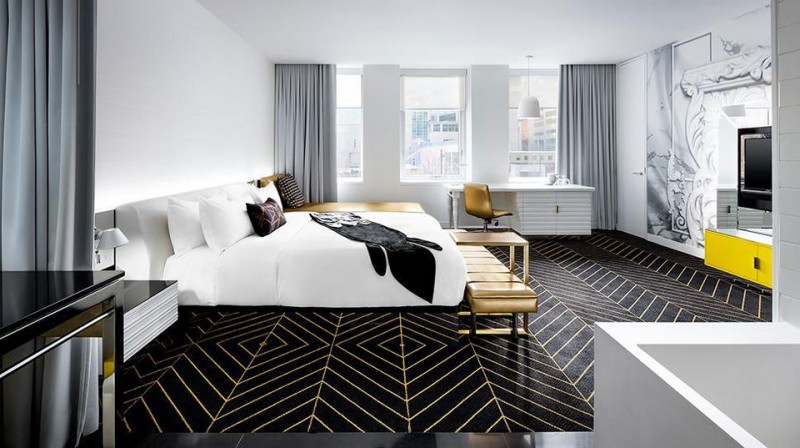 “The City of Festivals” may be a spot-on moniker for this Quebec metropolis that genuinely loves getting together — Zoofest (through July 28), Just For Laughs Festival (through July 29) and Osheaga (August 3 to 5) are just a few of the summer calendar highlights — but, with outstanding hotels like Forbes Travel Guide Recommended Hotel Le Crystal and W Montréal dotting the city, we don’t see why “The Place for Plushness” can’t catch on, too. 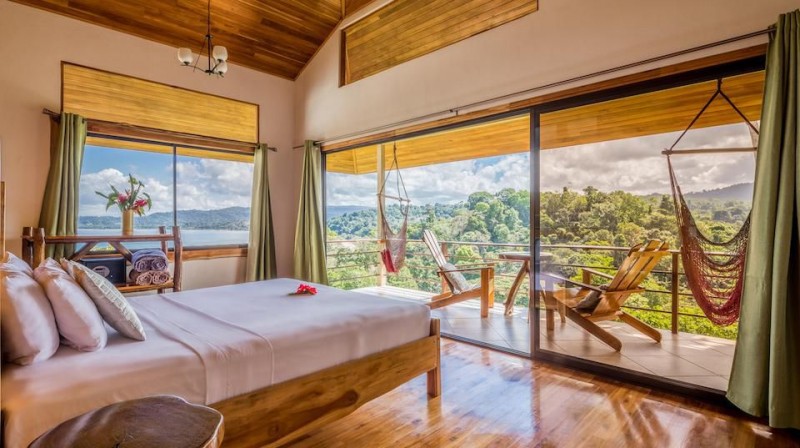 Humpback whales love this Central American nation’s warm waters in August and September. And Osa Peninsula, where the eco-elegant Drake Bay Getaway Resort sits, is one of the premier spots for sightings. Allow the property’s concierge team to organize your whale-watching excursion, but you can probably set up hammock time from your comfortable cabin on your own. 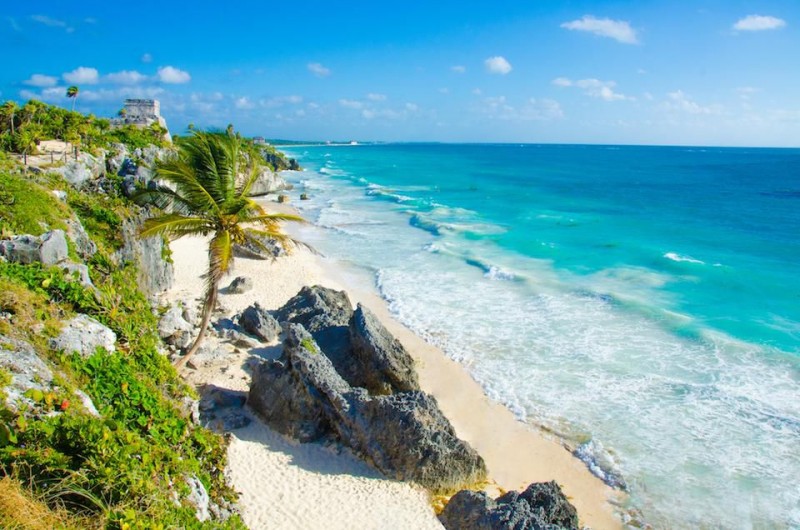 Though August temperatures in this part of Mexico generally linger around 90 degrees, this resort town’s cool mix of cuisine, culture and chic lodging (Four-Stars Grand Velas Riviera Maya, Viceroy Riviera Maya) makes it more than worth the perspiration. And if the mercury fails to offer a reprieve, visit Viceroy’s cozy Four-Star spa for a honey-scented Hunan Kab treatment that will get overheated chakras back in alignment. 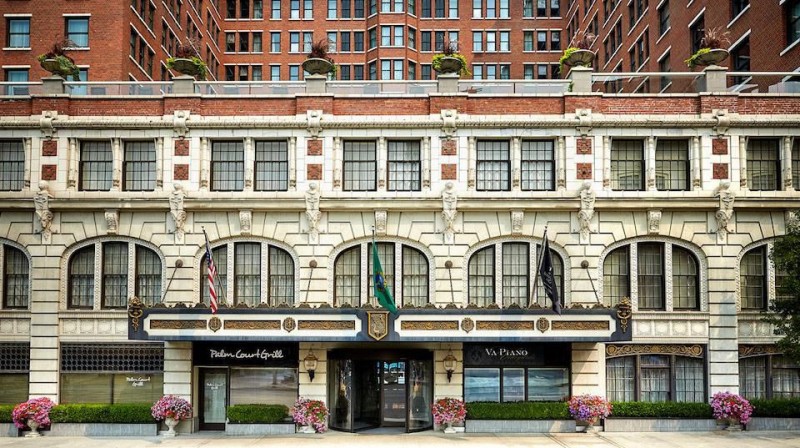 We don’t know about you, but a six-day event stuffed with more than 40 food booths and 85 music acts at Riverfront Park’s popular Pig Out In The Park (August 29 to September 3) sounds like a delicious time to us. That we can roll ourselves the three blocks to our sophisticated room at Four-Star The Historic Davenport Hotel, Autograph Collection afterward makes things even better. 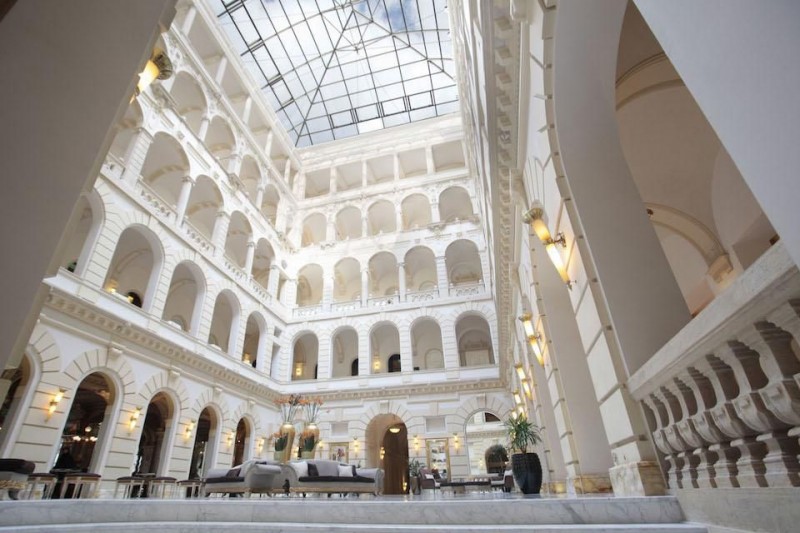 The Hungarian Grand Prix (July 29) annually makes its case as one of the Formula 1 calendar’s most exciting dates. After you watch Lewis Hamilton and company in action this year, make the 30-minute drive over to New York Palace, a Forbes Travel Guide Recommended property that will rev your engine with vintage-inspired décor, a world-class spa and 185 cosmopolitan rooms and suites. 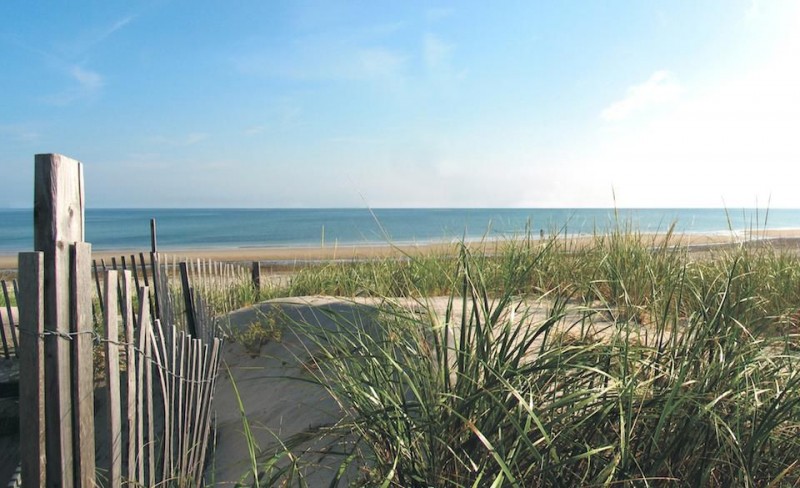 When you want a beachy haven, set off to this quaint Massachusetts destination. Chatham Bars Inn Resort and Spa ensures that you’ll have a vacation to remember in stellar surrounds. In addition to an exclusive feel — private beach, sumptuous spa, poolside cabanas — this oceanfront stay offers a wide range of boat charters, from deep-sea fishing to seal watching, so you can get in touch with your adventurous side. 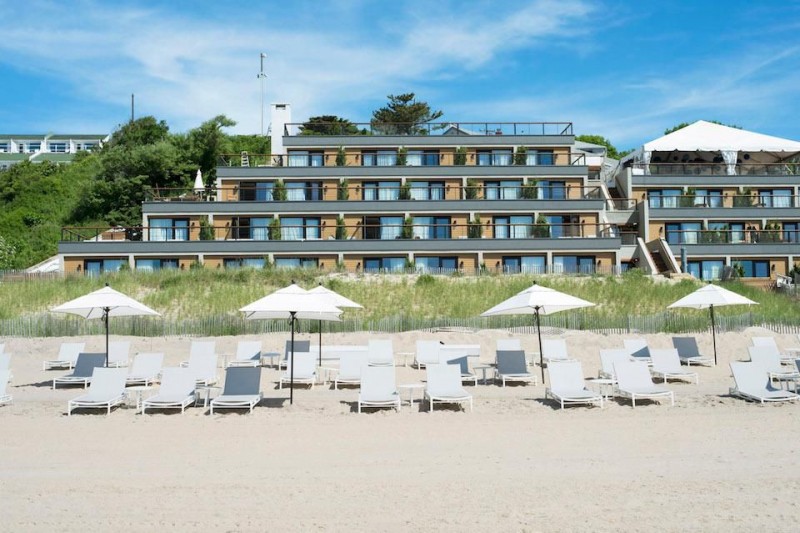 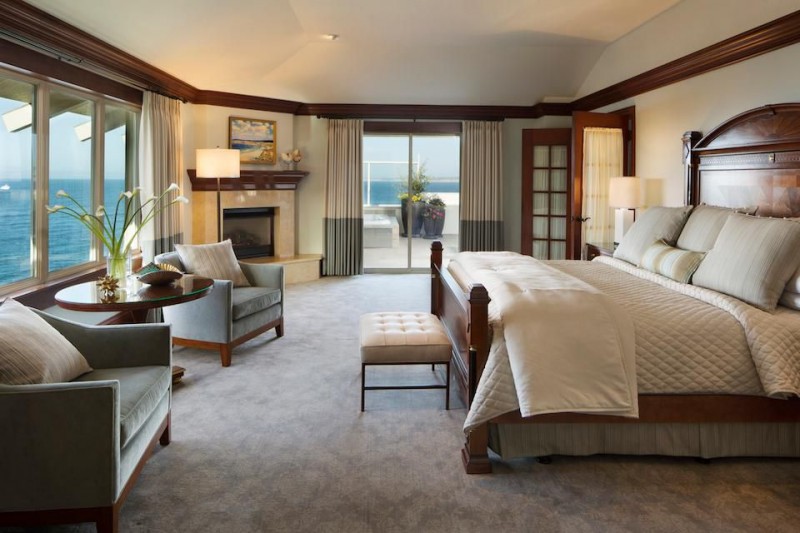 Boasting splendid ocean-view accommodations, Four-Star Monterey Plaza Hotel & Spa provides a scenic perch, without the need for seasick pills. Glimpse dolphins, seals or otters at play from the comfort of your patio — you might even spot blue, gray or humpback whales over the next few months as they meander close to shore to feed in the protected marine sanctuary. 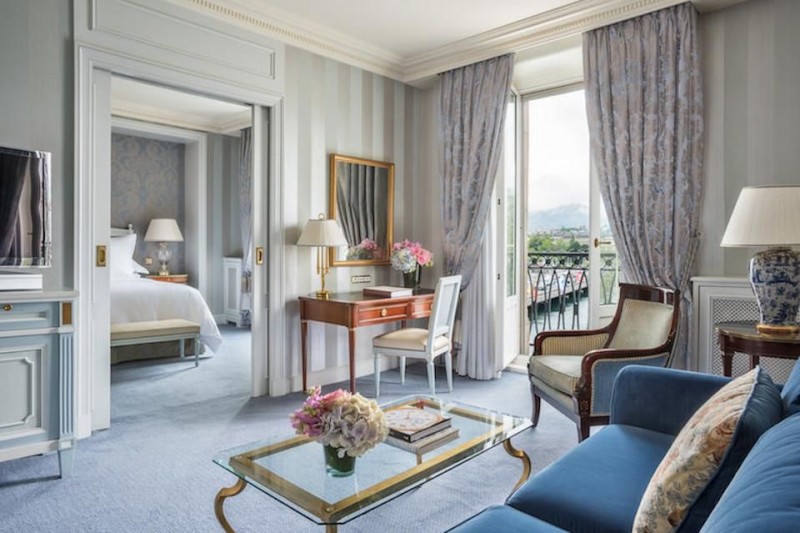 Summer is prime time for alfresco dining and nowhere will you find a more stellar vista than lakeside at Five-Star Four Seasons Hotel des Bergues Geneva. The city’s first hotel is also home to the superb Izumi rooftop restaurant, where you can try an elegant Asian-inspired tasting menu surrounded by 360 degrees of spectacular sights. 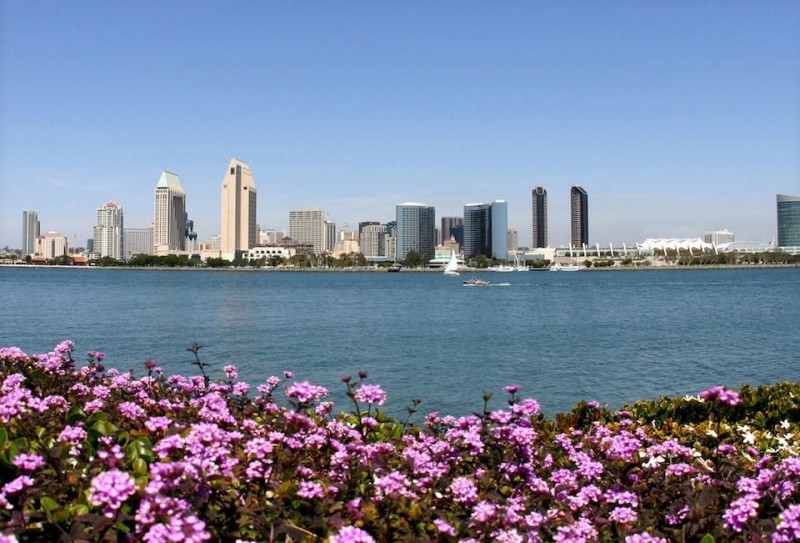 This beach town is heating up with high-stakes horse racing as the Del Mar Thoroughbred Club opens for the season on July 18 with concerts, a hat contest and a legendary party. When you need a respite from the revelry, retreat to Rancho Valencia Resort & Spa, a secluded Five-Star escape situated a mere 18 minutes from the track.

If you prefer a city-center stay, opt for the posh Pendry San Diego and its A Day At The Races Package to enjoy use of your own personal Cadillac, admission to the races and a VIP tour of the track. 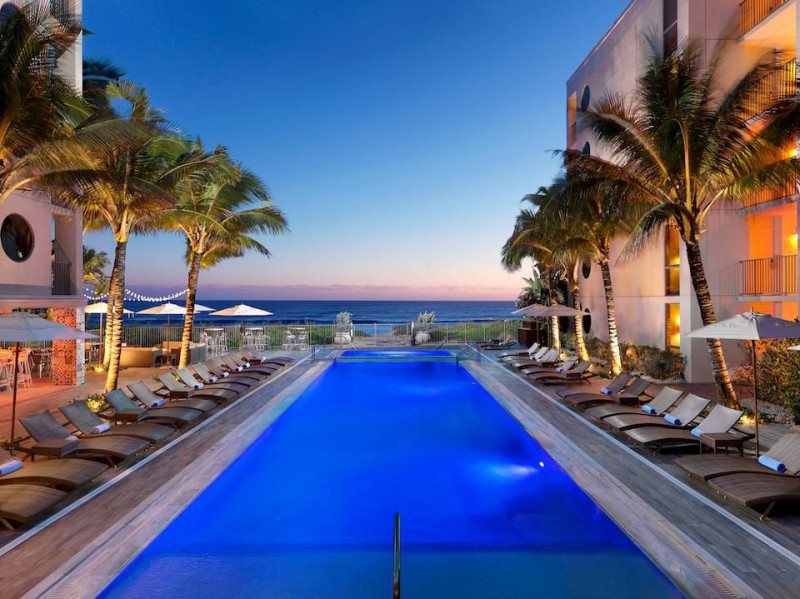 Discover this under-the-radar, tony seaside town with a stay at the Miami-inspired Costa d’Este Beach Resort & Spa. Take to the skies for the ultimate summer adventure with a Treasure Coast Seaplane eco-tour — just ask the friendly concierge to book it for you, along with dinner reservations at the resort’s Cuban-inspired Wave Kitchen & Bar. 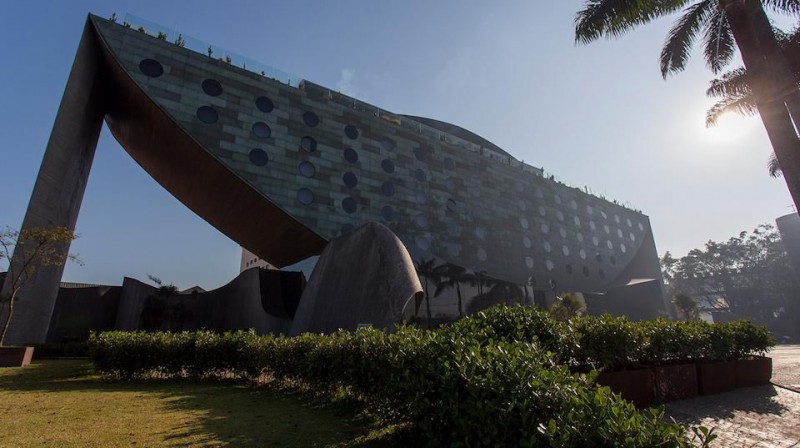 Think outside the summer vacation box with a getaway to the design-focused Forbes Travel Guide Recommended Hotel Unique. Resembling the looming hull of a ship (complete with port holes for windows), the unconventional stay is just as luxurious as it is unusual — expect champagne at check-in, a stylish cabana-lined rooftop pool and friendly multilingual staff who can arrange anything from a massage to a city tour. 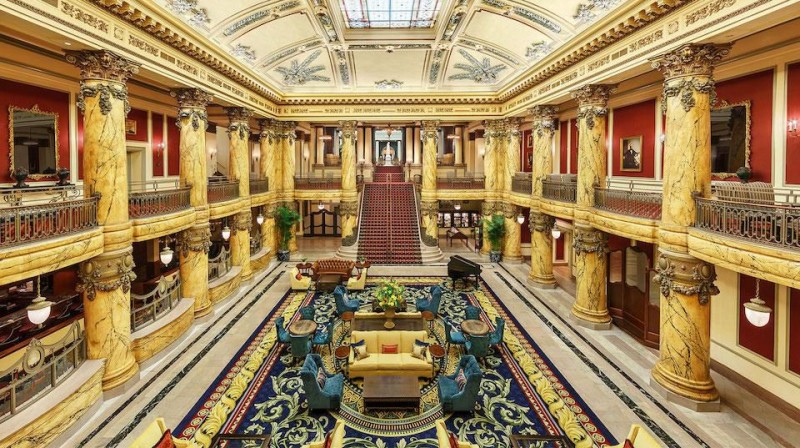 Savor the sounds of the Richmond Jazz Festival’s star-studded lineup (Gladys Knight, Joss Stone, The O’Jays) as it takes over the city’s Maymont park from August 9 through 12. In between the sweet swoons, rest your head at Five-Star The Jefferson Hotel, where you can book the Summer at the Jefferson Package with complimentary valet parking and a $50 gift card toward a savory post-show meal at Four-Star Lemaire. 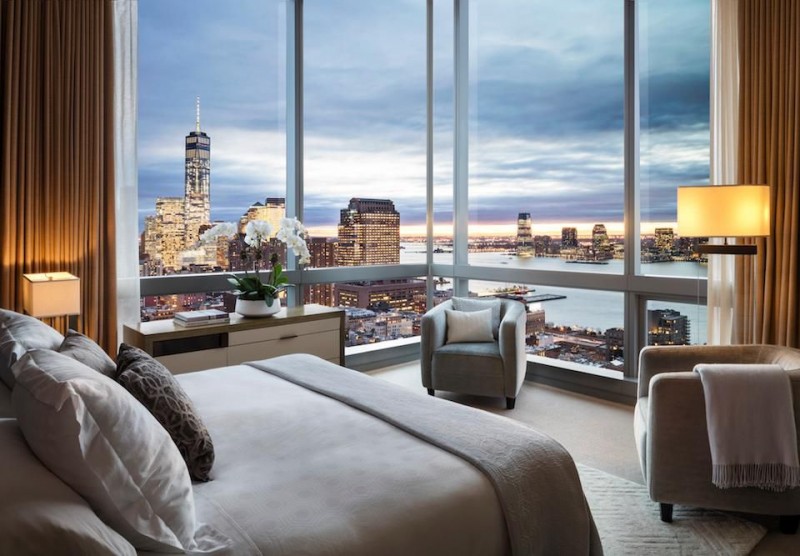 When summer arrives, New Yorkers make a mass exodus for the Hamptons. Take advantage of the thinner crowds and go sightseeing. The Langham, New York, Fifth Avenue gives you incentive to play tourist: the Four-Star hotel will gift you with a $10 hotel credit for every Instagram post of an NYC attraction that’s hashtagged with #LanghamLovesManhattan. Cash in the credits for room service or a spa treatment.

Or head to one of our favorite neighborhoods, Soho, and stay at new boutique hot spot The Dominick. You’ll be near galleries, boutiques, the High Line, the Whitney Museum of American Art and more. But you likely won’t venture far from Bar d’Eau, a stylish indoor/outdoor rooftop lounge surrounded by greenery where you can sip a Moonlight Daydream (gin, crème de mure, lemon juice, blackberries, blackberry soda, mint) and soak in the pool.

Celebrities like Amy Schumer, the Obamas and Seth Meyers retreat to this 9-mile-wide, 26-mile-long island for a charming New England getaway. Many own or rent houses on the Vineyard, but you’ll feel at home at The Charlotte Inn, a boutique stay with individually decorated rooms and Edwardian-era embellishments, a porch for afternoon iced tea and lemonade, and immaculate English gardens with meandering brick walkways and wisteria arches. 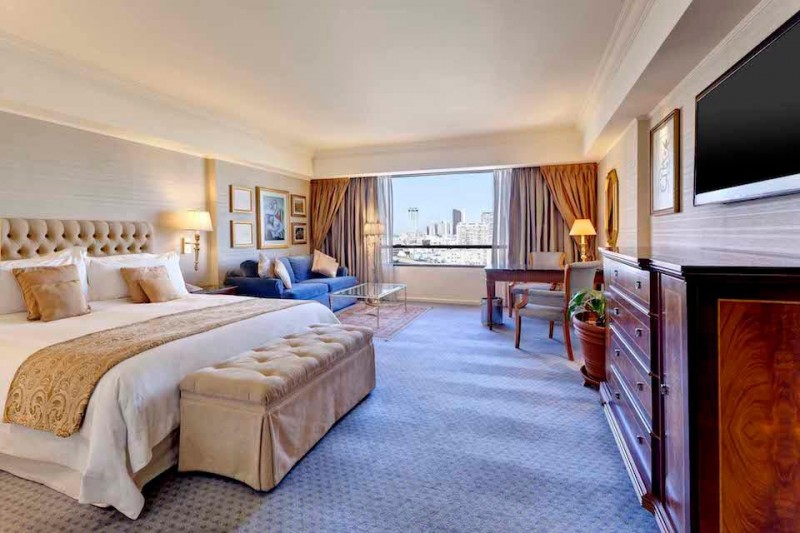 To learn a proper tango, pack your dancing shoes and head to Buenos Aires for the International Tango Festival and World Cup. From August 9 to 22, free tango concerts, performances and classes and more happen all over the city. After the last dance, hoof it to Forbes Travel Guide Recommended Park Tower, A Luxury Collection Hotel to rest in sophisticated accommodations. Or, ask the hotel’s in-the-know Les Clefs d'Or concierge where to find a late-night milonga for more tangoing. 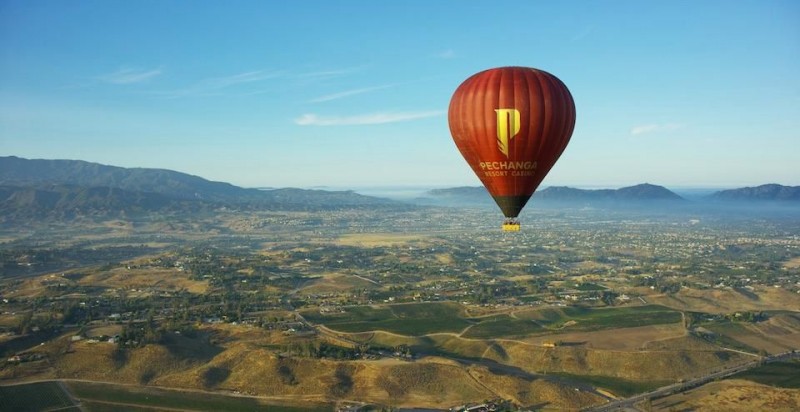 Celebrate the 50th anniversary of Southern California’s Temecula wine region in the clouds. Pechanga Resort Casino will launch you in a hot-air balloon so you can see the 33,000-acre valley during an hourlong flight. As part of the package, you’ll also enjoy a picnic breakfast and a room in the newly expanded property. Upon landing, set off on foot to taste your way through Temecula’s more than 40 wineries. 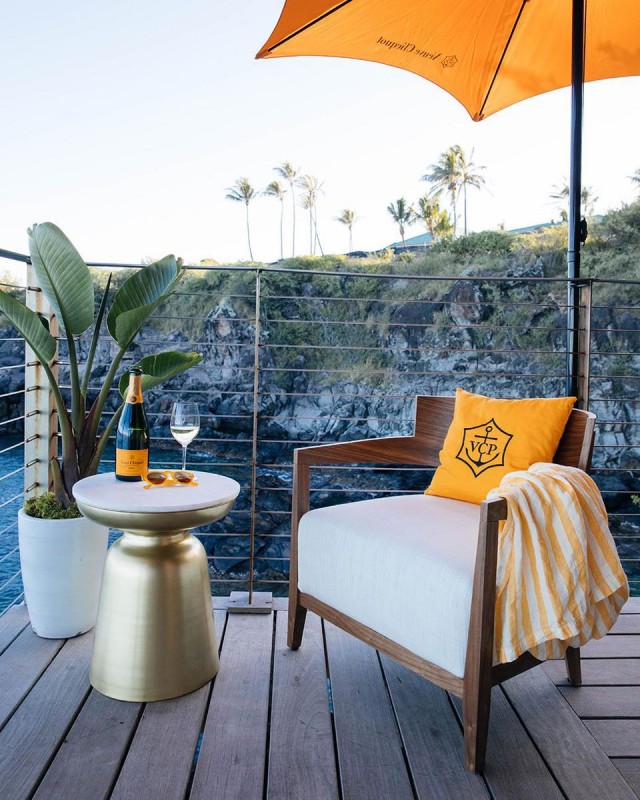 There’s no better way to wind down a day in Maui than at Five-Star Montage Kapalua Bay’s cliffside Champagne Hale. At the sunny Veuve Clicquot pop-up bar, sip a flight of Yellow Label, Rosé and La Grande Dame pours; nibble on Kualoa oysters with black truffle ponzu, raspberry ume sambal and champagne mignonette; and watch the sun plunge into the Pacific with Molokai and Lanai in the distance. 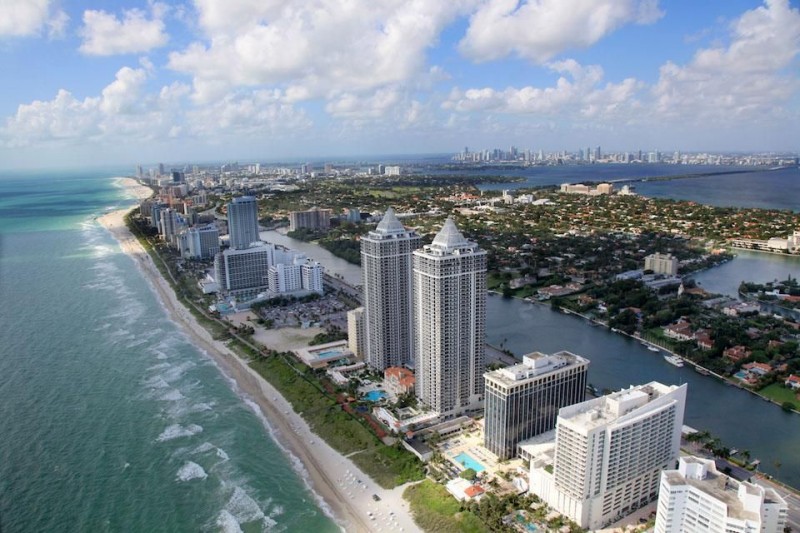 Among the foodie events, check out the Asian Night Bazaar Dinner Series at Five-Star The Setai Miami Beach’s Jaya on Fridays, when a three-course Asian-inspired dinner comes with a cocktail, live music, geisha greeters, fire dancers and contortionists.