If you close your eyes and picture the Middle East, windswept desert dunes probably come to mind. While this region certainly has incredible sandscapes worth wandering (and we’ve included some here), it’s also home to a hypersaline lake, Technicolor valleys, and geological formations so fantastical you might feel you’ve arrived in a fairy-tale land or left Earth entirely. Here are a few of the many majestic natural wonders of the Middle East. 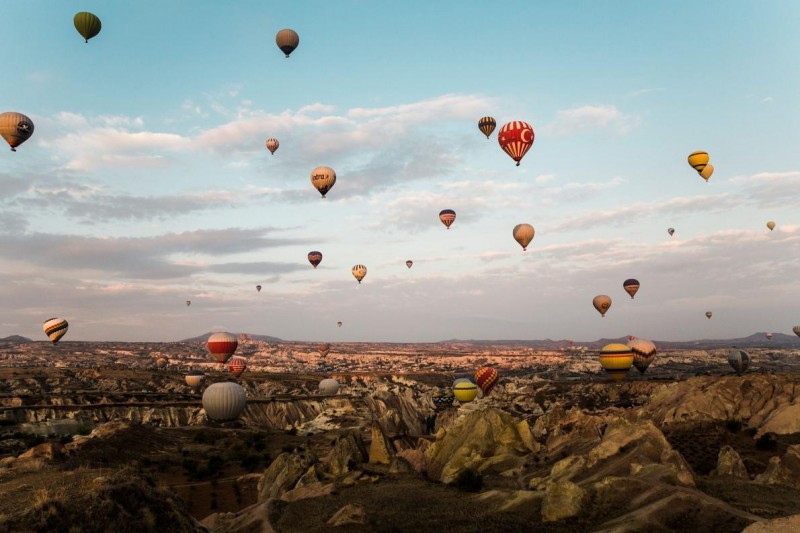 Once upon a time, some 30 million years ago, a volcano spewed ash across the land now known as Turkey. So begins the story behind the enchanting fairy chimneys of Cappadocia. The ash transformed into tuff—porous rock made up of volcanic debris and compacted ash that, as it turns out, was not so tough after all. Time and nature took their toll, wearing away at the softer stone, leaving spire-shaped pillars of stronger stone such as basalt behind.

Salt Domes, Statue Rocks, and a Rainbow Valley in Iran 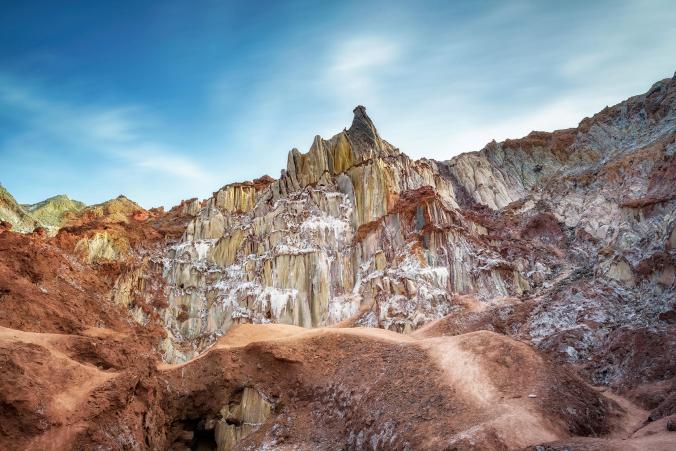 The only skyscrapers you’ll find on Hormuz Island are nature-made mountains and salt domes, where large amounts of rock salt have been pushed up through the planet’s surface.

This tiny geological gem located in the Persian Gulf is proof that big things can indeed come in small packages. Nearly every inch of Hormuz Island’s 16 awe-invoking square miles imparts a story of its formation. The only skyscrapers you’ll find here are nature-made mountains and salt domes, where large amounts of rock salt have been pushed up through the planet’s surface. Further exploration of the island reveals a sort of geographic gallery where you can admire some of Earth’s art: Valley of the Statues is home to rocks weathered into fantastical shapes, and the multihued Rainbow Valley is painted red, orange, white, blue, and purple by naturally occurring minerals.

An Oasis in the Saudi Desert 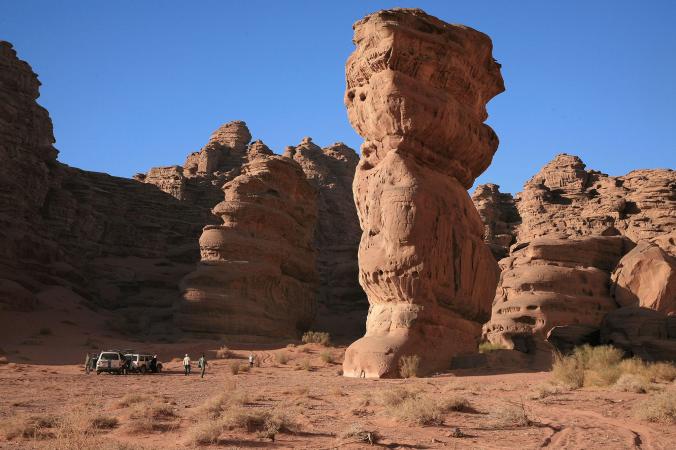 The imposing peaks and craggy cliffs of the canyon that cuts through the Jebel Qaraqir plateau dwarf the cars and visitors that visit.

The imposing peaks and craggy cliffs of the canyon that cuts through the Jebel Qaraqir plateau are plenty impressive on their own. But the unexpected hero of this dramatic Saudi Arabian desert scene is a spring-fed stream that consistently delivers water, splashing refreshing shades of green—in the form of grasses, shrubs, and palm trees—against the orange and yellow-colored sandstone canyon canvas.

The Deepest Hypersaline Lake in the World 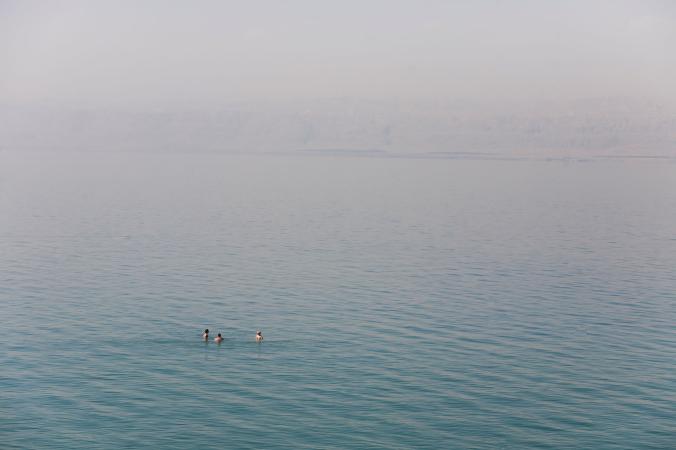 The high salinity of the Dead Sea makes it naturally floatable for humans.

The high salinity of this landlocked lake—located at the lowest point on Earth and bordered by Jordan, Israel, and the Palestinian territories—makes the Dead Sea naturally floatable and healing for humans, yet uninhabitable for fish, plants, and other water-dwelling creatures (save some bacterial species and microbial fungi). Freshwater flows in, though in dwindling amounts these days, from rivers and natural springs found on the lake floor, and with no outlet, salt and other natural minerals are left behind when water evaporates in the intense Middle Eastern sun. 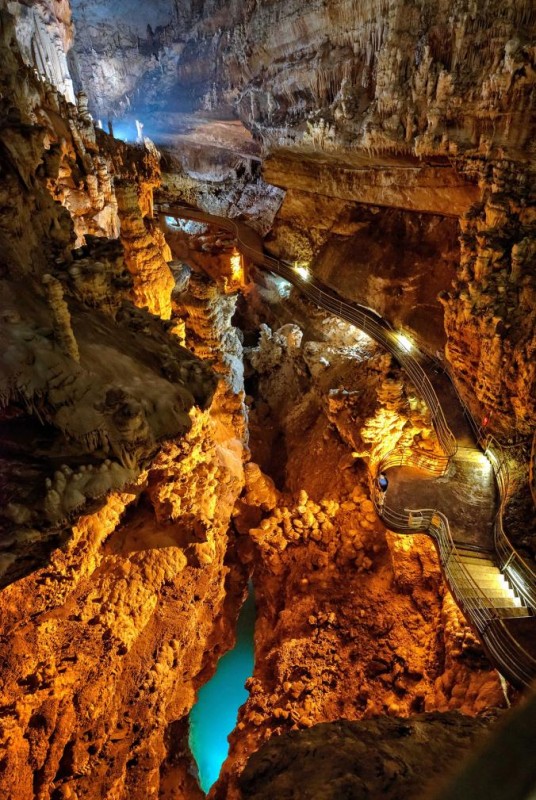 The Jeita Grotto is a popular spot for visitors to Beirut. Check the water levels ahead of time if you want to take a boat ride.

Don’t judge this natural wonder by its artificial exterior. Once you enter Jeita Grotto, just north of Beirut, you’ll understand why this karstic cave system is a top tourist draw. Examine (at a safe distance, of course) its natural stone curtains, columns, and candles in the cathedral-like atmosphere created by the stalagmites and stalactites of the upper cave. Then, water levels permitting, let the placid vibe of a boat ride in the lower cave transport you to a silent subterranean world where you can catch a glimpse of a Pisa-like leaning stalagmite and see striking limestone formations—some still growing each day and others formed as far back as the Stone Age—reflected on the surface of the water.

The Mars of the Middle East 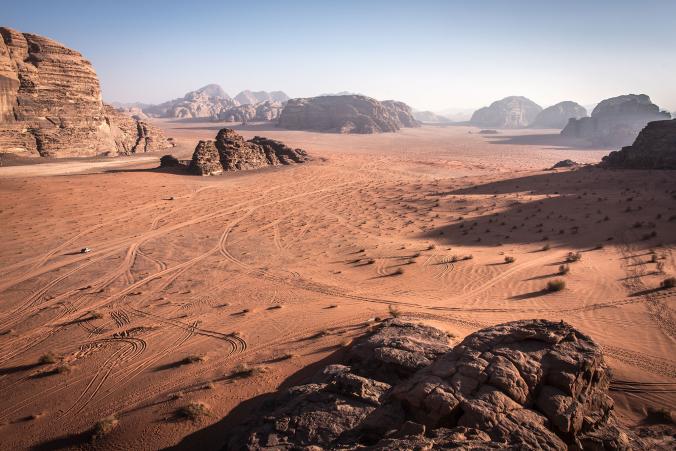 Soak in the vast desert landscape of Wadi Rum, broken only by sandstone pillars and large goat-hair tents of the Bedouin tribes that live nearby.

Ancient sandstone pillars stretching up from the red sands toward an endless sky create a sublime setting in Wadi Rum, Jordan’s largest valley. Walk among these towering rocks that have been carved and curved by eons of wind, sand, and flash floods and you’ll feel as if you’ve traveled to another planet. In fact, this Mars-like landscape is so extraterrestrial it has even stood in for the red planet in The Martian and as the fictional moon Jedha in Rogue One: A Star Wars Story.

Dunes for Days in the Empty Quarter 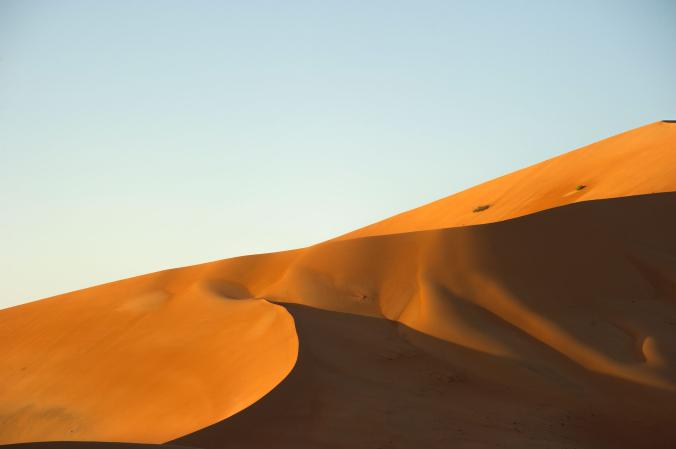 Rub al Khali, or "Empty Quarter", is the name given to the world's largest contiguous sand desert in Oman.

The staggering size and inhospitable conditions of this wonder—the world’s largest contiguous sand desert—earned it the name Rub al Khali, or “Empty Quarter.” A 255,000-square-mile sea of sand, Rub al Khali covers nearly a quarter of the entire Arabian Peninsula, with 80 percent in Saudi Arabia and the remaining 20 percent spilling into parts of Oman, the United Arab Emirates, and Yemen. Wadis likely delivered much of the red-colored sands, and it’s possible that some whiter sands blew in from the floor of the Persian Gulf. Winds continue to shape the dunes into various and picturesque forms, including steep star dunes and crescent-shaped barchan dunes.