9 Most Beautiful Places To See in Germany

Germany is a beautiful, varied country with an impressive culture and a huge number of travel opportunities, but unfortunately you rarely see it on top of travelers’ lists. Why and how is this happening I have no idea, but I do know that its deep forests, fairy-tale castles, and picture-perfect towns are something that you shouldn’t miss. Add to all these some excellent beer, the most beautiful Christmas Markets, and an abundance of activities, and you’ll soon wonder why in the world you haven’t visited Germany earlier. 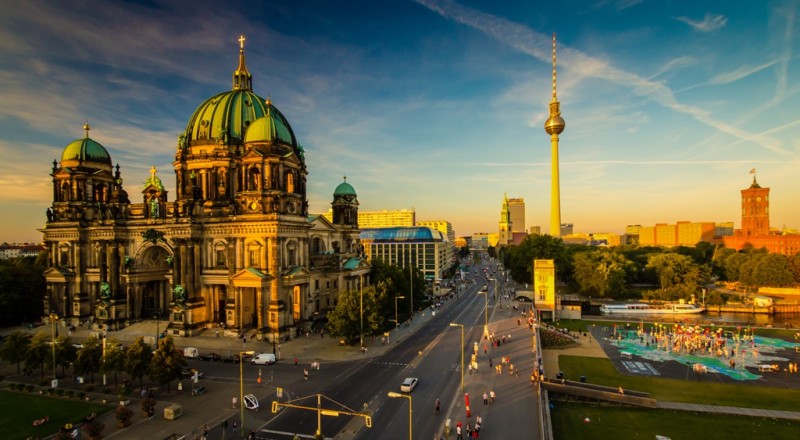 Berlin is one of the most interesting cities in Europe, and certainly the one that has changed the most in the last 20 years. Once the symbol of the Cold War, it has become today Europe’s darling – a vibrant mix of fashion, design, music, and art.

A cultural city always on the move and a budget traveler’s paradise, the German capital has something for everyone, from pulsating nightlife to more than 170 word-class museums, galleries, and philharmonics, and from stately relics that still tell the story of its turbulent past to all the promises of a glittering future.

Enrich your experience in Berlin with a visit to the Museum Island in the Spree River and a stopover at the fabulous East Side Gallery to see paintings by artists from all over the world displayed on the Berlin Wall. Other than that, you can go shopping to Kurfürstendamm, the city’s most famous avenue; experience the Berlinese coffee culture in the Mitte (the historical center of Berlin), and get a true taste of its tremendous nightlife in the fashionable Friedrichshain area. 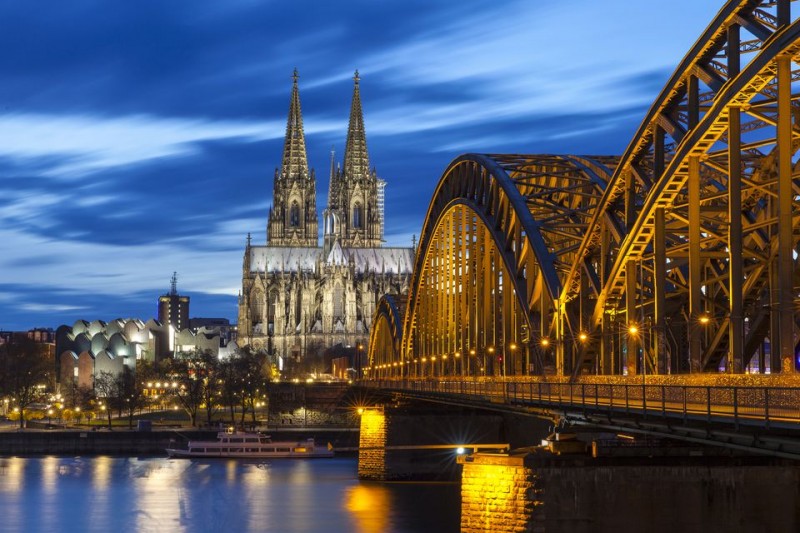 Home to one of the most impressive cathedrals in the world, a thriving art scene, and some of the most high-spirited locals, Cologne makes for a delightful European city break, whether you’re looking for culture, entertainment, or pampering thermal baths. It is the fourth largest city in Germany and one of its most libertine destinations, alongside Berlin.

The most beautiful sights in Cologne include: the UNESCO-listed cathedral (Kölner Dom); the Hohenzollern Bridge, famous for its love padlocks; the Altstadt (Old Town) with its lovely historical buildings and monuments; as well as the fashionable areas of Agnesviertel and the Belgian Quarter.

If you happen to be in Cologne in November, don’t miss the Cologne Carnival. It is widely considered one of the greatest street festivals in Europe, and maybe the world. 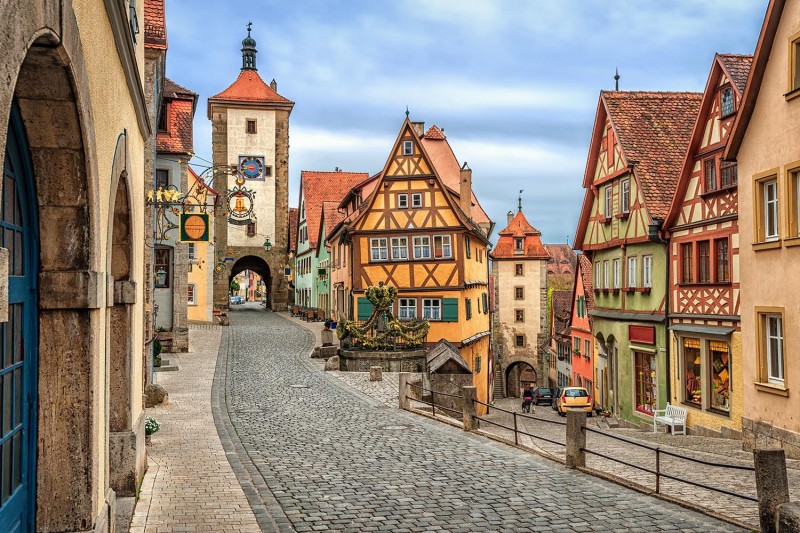 Germany’s most scenic drive, the Romantic Road offers visitors the opportunity to discover the rich culture, picturesque scenery, and medieval character of this fantastic country. It runs between Würzburg and Füssen, and leads travelers through Bavaria’s most stunning attractions, including the spectacular Neuschwanstein Castle, the baroque city of Würzburg, Rothenburg ob der Tauber – the best preserved medieval town in the country, or the enchanting Pfaffenwinkel region, famous for its rolling countryside peppered with quaint villages and pilgrimage churches.

Although the route is quite touristy and can get pretty busy during the summer months, it delivers one of the most authentic experiences Germany has to offer, one that combines local hospitality with history, art, culture, and natural beauty. 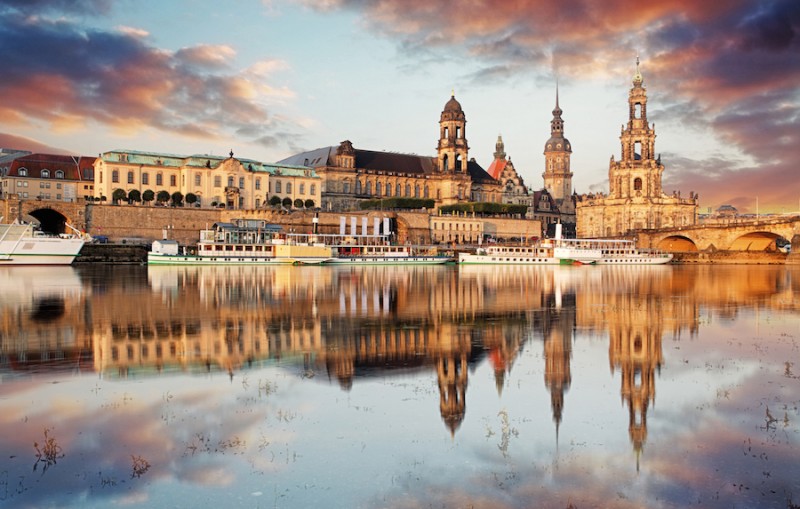 Dresden, the mighty capital of Saxony, is a city full of life and one of Germany’s most prestigious cultural centers. It boasts a wealth of architectural treasures such as the astonishing Zwinger Palace – one of the finest examples of Baroque architecture; the impressive Brühl’s Terrace; or the stately Dresden Frauenkirche, a Lutheran church that dominates the city’s skyline.

The charm of Dresden lies in its scenic location on the Elbe River, but also in its alluring neighborhoods and glorious green areas. In addition to the charming Altstadt, where most of the city’s landmarks are located, this German jewel box city features a cluster of lovely spots, such as the charming Baroque Quarter – full of sweet idiosyncratic shops and eye-catching baroque houses; the lively and fashionable Neustadt; or the Großer Garten – Dresden’s most delightful park. 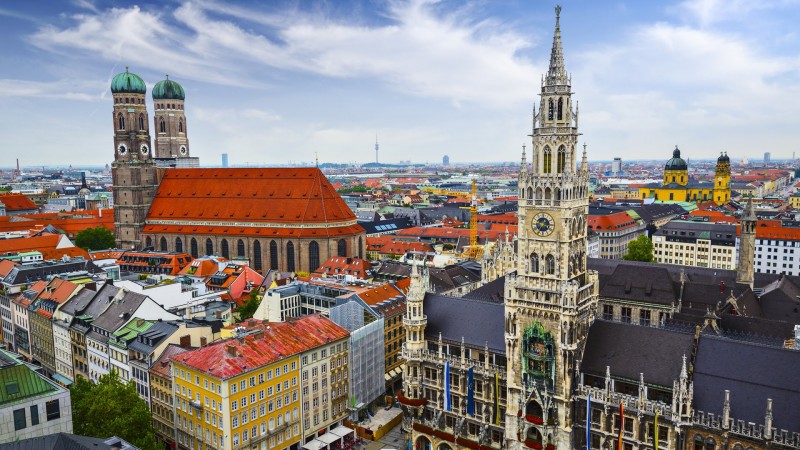 Munich is the capital of Bavaria and one of the most beautiful and livable cities in Germany. Most people know it due to the world-famous Oktoberfest, but its lure goes far beyond the local beer culture.

In the “cosmopolitan city with a big heart”, you’ll find magnificent architecture, castles, museums, and lovely parks, but also an exuberant atmosphere buzzing with creative energy.

When it comes to what to see and do in Munich, the city has no shortage on sightseeing, fine dining, shopping, and entertainment. Most popular attractions include the Marienplatz – Munich’s beating heart; the Deutsches Museum (German Museum), often regarded as the world’s largest technological museum; the iconic Hofbrauhaus brewery; and the stunning Englischer Garten (English Garden). 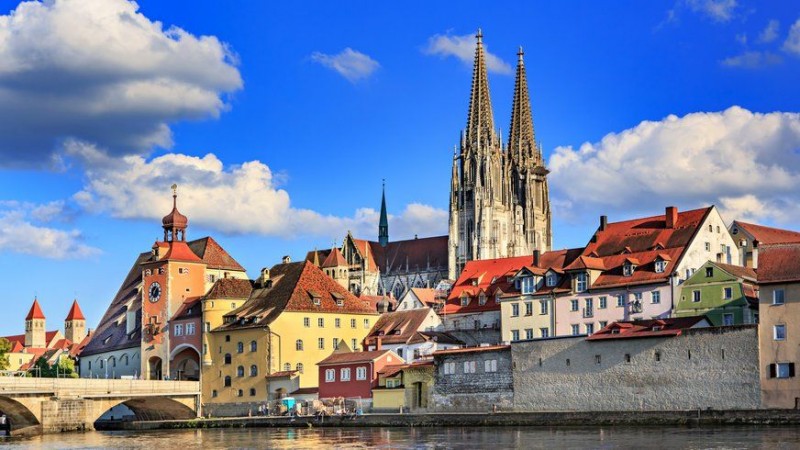 Founded by the Romans as early as 179 A.D, this welcoming mid-sized Bavarian town is a treasure trove for culture and history lovers. Its main sights are the 310-meter-long Stone Bridge (Steinerne Brücke) over the Danube and the 13th-century Cathedral of St. Peter, whose marvelous Gothic spires dominate the cityscape.

Nevertheless, Regensburg has more bars and pubs per square mile than any other city in Germany, including Wurstkuchl, the world’s oldest sausage tavern; and it’s a gateway to some great outdoor activities, from cycling to rock climbing. 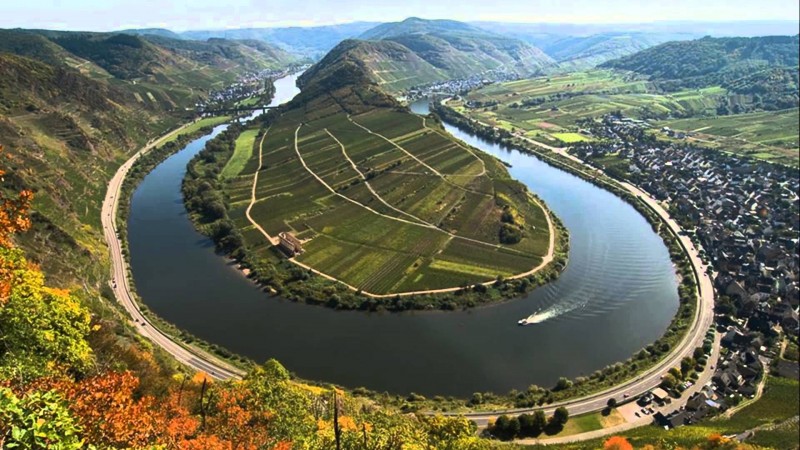 Lined with picturesque terraced vineyards, half-timbered medieval villages, and hilltop fairytale castles, the Mosel Valley is one of Germany’s most staggering sights.

This long and peaceful Rhine’s tributary flows for 195 km between Trier and Koblenz, marking one of the country’s top white wine producing regions. This is a wonderful destination to escape the chaos of everyday life, immerse yourself in the German culture, and indulge in wine tasting.

Highlights include the wonderful Roman city of Trier; Cochem, with its towering castle and quaint riverfront promenade; the sleepy village of Beilstein; and the elegant Art Nouveau town of Traben-Trarbach. 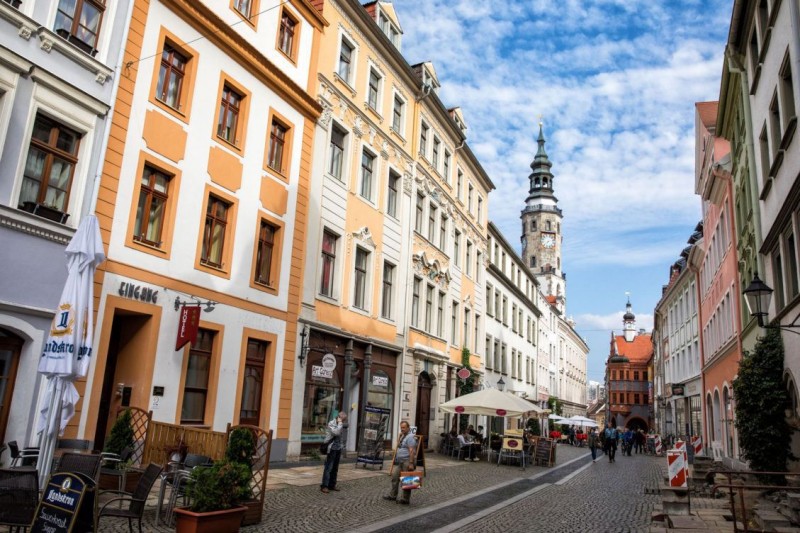 Arguably the most beautiful town in Germany, Görlitz lures visitors with its quiet cobblestone alleys, glorious squares, and fabulous architecture spanning a variety of styles, from Gothic and Renaissance to Baroque and Wilhelminian.

Located in Saxony, near the border with Poland, this is the country’s easternmost town, and, if you cross the Neisse river via the pedestrian bridge, you can walk right into Zgorzelec, its Polish twin city. The immaculate Old Town packs around 4,000 listed buildings and a colorful array of cafés that spill out onto the sidewalks. 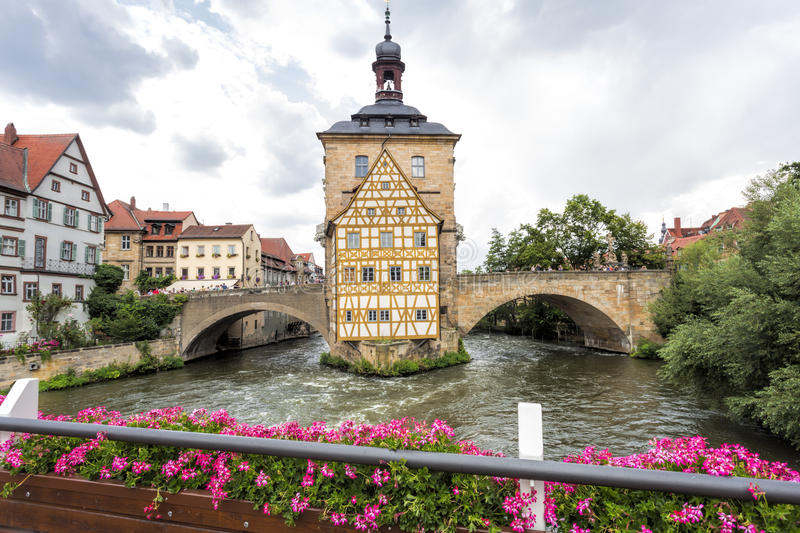 Built on seven hills, the characterful Bavarian town of Bamberg is often referred to as the Rome of Franconia. Its UNESCO-protected Altstadt is a warren of winding cobblestone streets, elaborate mansions, and beautifully preserved half-timber structures, and its beer culture is second to none.

Brightly painted fishermen’s houses line the Regnitz river, the City Hall stands on an island, and its ancient 11th century cathedral is one of the most important in Germany.

What’s your favorite place in Germany?