The Galata Tower is one of Istanbul's most famous landmarks. He surveys Beyoğlu and Karaköy from his enthroned position, while the colorful lights of the tower can be seen at night from anywhere in the city. Here is an overview of the history of the Galata Tower and some interesting facts about its use.

Although it is not known when exactly the Galata Tower was built, it is generally believed that the tower became alive during the reign of the Byzantine Emperor Justinian around AD 507. At that time the Genoese called the tower the "Christea Turris" or "Tower of Christ", while the Byzantines called it "Megalos Pyrgos" or "Great Tower". However, during the Genoese era, the tower took on its present form when the Galata district was inhabited by the colonies of the Republic of Genoa, which served as economic and trading posts in the Mediterranean and the Black Sea.

The tower was badly damaged by an earthquake in 1509, but restored by the famous Ottoman architect Hayreddin, who also built the famous Sultan Bayezid II Complex in Edirne. During the reign of Ottoman Sultan Süleyman the Magnificent, the tower had a very different purpose in that it housed prisoners who were sentenced to work on the seaport of Kasımpaşa. At the end of the 16th century, astronomer Takiyüddin Efendi added an observatory at the very top, but during the reign of Sultan Murat III. Become a prison again between 1546 and 1595. 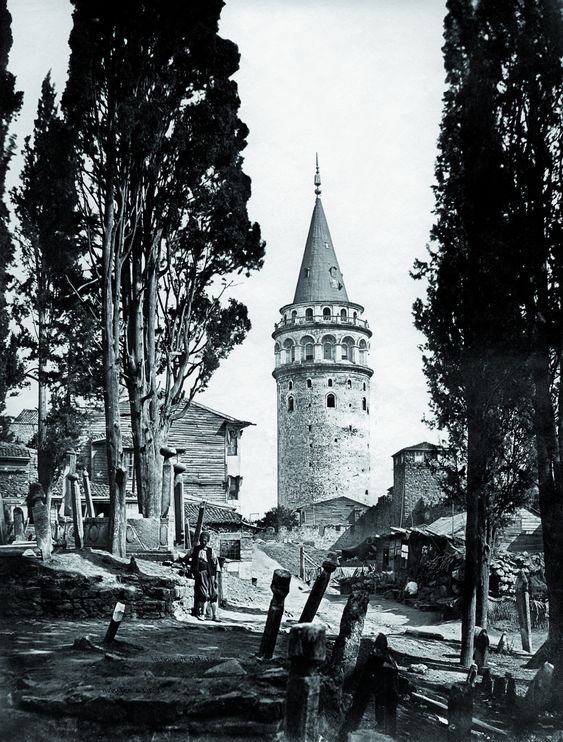 As the 17th century turned, the tower was used for a short time by the Mehter Band, an Ottoman military band, and in 1717 the Brandobservatory, due to the bird's eye view of the historic city. In 1794, a fire destroyed the tower, but it was during the reign of Sultan Selim III. Restored. At this time, a cumba (niche) was added. After the destructive effects of another fire in 1831, the tower was again restored on behalf of Sultan Mahmut and extended by two more floors and a conical tip. Today, the 66.90-meter-high tower only serves as a tourist attraction. Visitors stand in line to enjoy a spectacular 360-degree view of Istanbul from the balcony. Fortunately, an elevator takes visitors up to seven floors, but the last two floors are accessible only by stairs.

As for some interesting stories about the Galata Tower, one of the most famous stories revolves around the legendary Ottoman aviator Hezarfen Ahmet Çelebi. According to a report by Evliya Çelebi, a researcher who recorded his observations in a famous Seyahâtnâme travelogue, Hezârfen Çelebi flew with wings from the spire to Doğancılar Square in Üsküdar. Because of this spectacular performance, Sultan Murad Khan was allegedly suspicious and sent him into exile to Algeria.

Open from 9am to 7pm

Must visit to enjoy the cityscape