Seven Wonders of the World for 2018 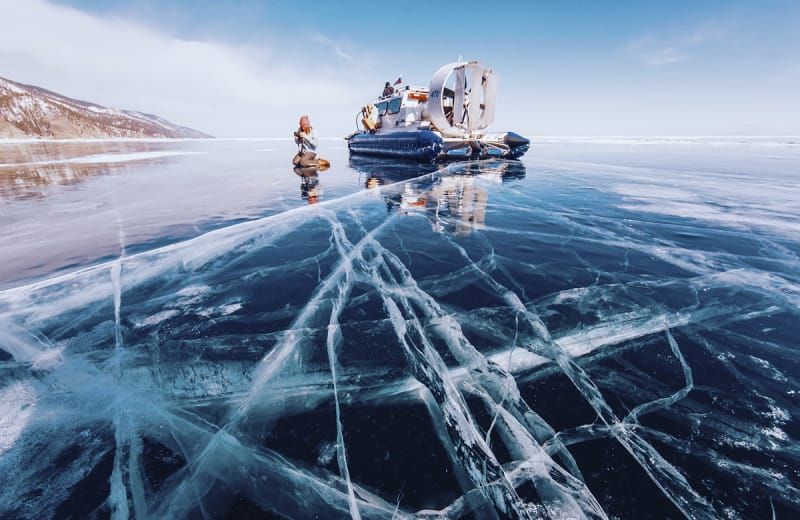 Only one of the original Seven Wonders of the World remains. Here author Aaron Millar elects a new seven wonders for our time, the most awe-inspiring places on the planet, from frozen freshwater lakes to active volcanoes

Wonder is nourishment for the soul. We are the only animal on earth, as far as we know, that can be moved to tears by a sunset, that marvels at the stars at night, that feels awe, and humility, at the achievements of our past. Wonder defines us as human beings.

Of the original Seven Wonders of the World, only the Great Pyramids of Giza remain. The Hanging Gardens of Babylon, the Lighthouse of Alexandria, the Temple of Artemis, the Colossus of Rhodes have all faded to dust and memory. These, instead, are seven wonders for our time. They are the Acropolis of our day, the Stonehenge of now. Which also means they can be seen firsthand. And so they should. Because the real magic of wonder is not in the thing itself, but in the fact that the more you look for wonder in the world the more the wonder of the world becomes a part of you.

Socrates said: 'Wisdom begins in wonder.' Studies show that the awe induces deeper levels of cognitive processing; it boosts empathy and helps us connect with the world around us in meaningful ways. Art and science are borne from it. Wonder is more than just a good feeling; it is a seed from which our greatest treasures grow. 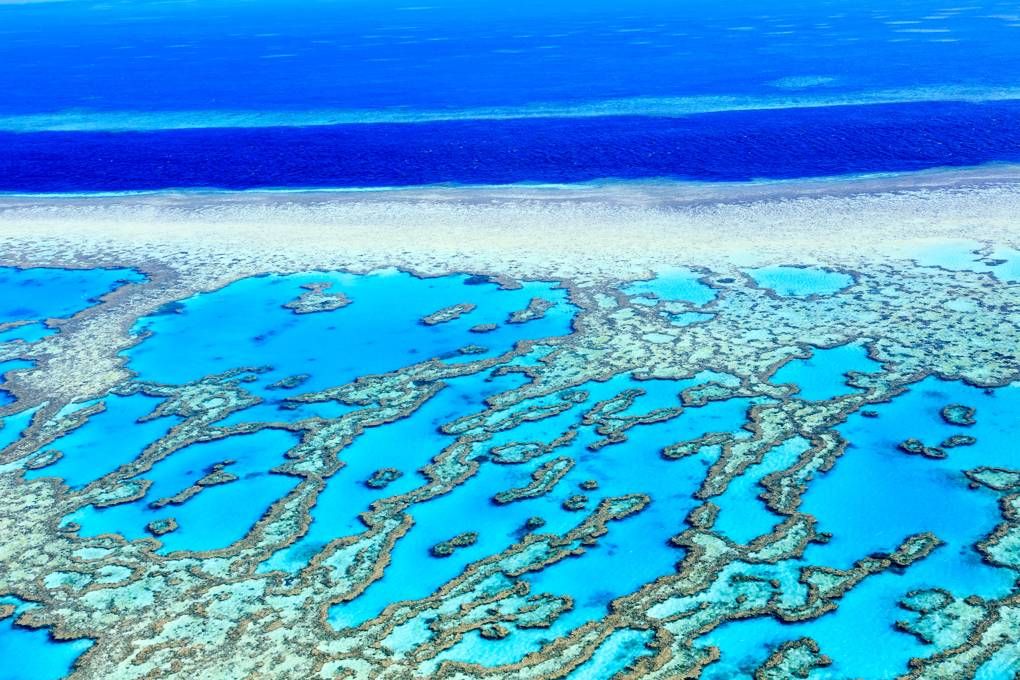 The Great Barrier Reef, located on the Queensland coast of north-eastern Australia, is the largest living structure on the planet. Covering an astonishing 135,000 square miles, it is bigger than the UK, Holland and Switzerland combined. Lay it out flat and it would reach all the way from London to Moscow. It is also one of the most biologically diverse places on earth, home to more than 1,500 species of fish (10 per cent of the world’s total), 30 varieties of whales and dolphins and more than 100 types of shark. But it’s in danger. Reports this year indicate that increased ocean temperatures, as a result of global warming, are leading to catastrophic levels of coral bleaching (when the coral expels the tiny algae that live inside it, providing it with food and colour – if it continues, the coral dies). The Great Barrier Reef, which has survived for the last 18 million years, could now be in its last days. Which is why it’s so important to see it. Anyone who peers beneath the waves at this living mosaic of rainbows will know instantly that it’s a wonder of the world worth saving. 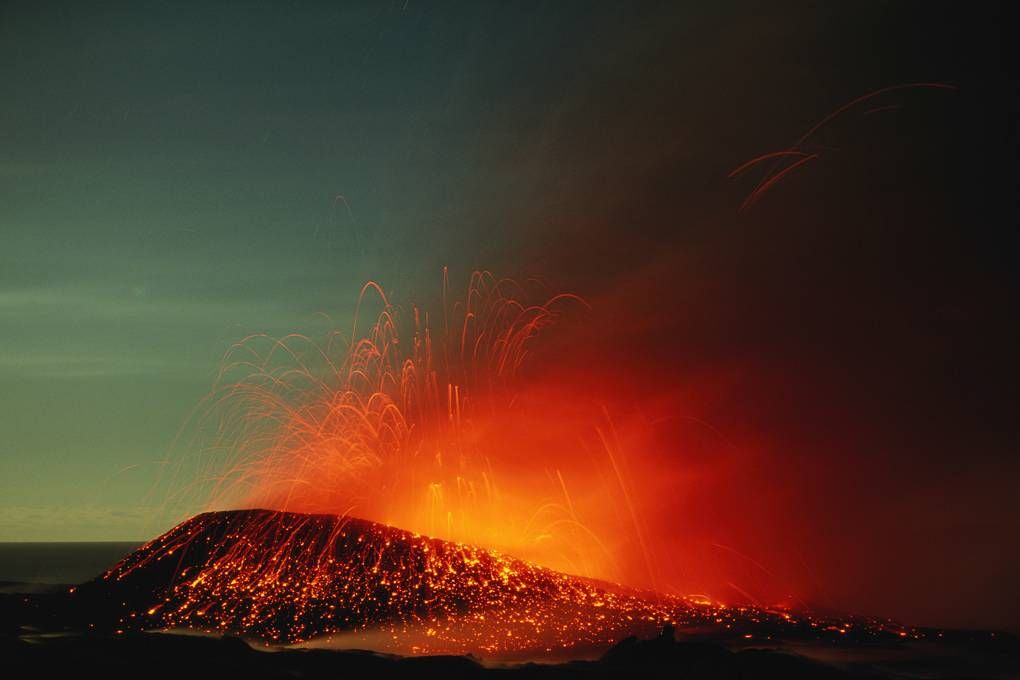 Kilauea in Hawai’i Volcanoes National Park is the most active volcano on earth. Located on Hawaii’s Big Island, it has been erupting almost continuously since 1983, but this year marked one of its biggest outbreaks. On 3 May, following a 5.0-magnitude earthquake, fissures split apart on its flanks, sending burning rivers of red hot lava down the streets, destroying hundreds of homes and causing millions of dollars of damage. But maybe we shouldn’t be surprised. In local mythology, Kilauea is the home of Pele, the destructive goddess of volcanoes, and eruptions are an expression of her fiery temper. In the local dialect her name is Ka wahine ‘ai honua, the ‘woman who devours the land’ with an enormous lake of lava, surrounded by 400-foot high walls – a bubbling cauldron of fire like a giant witch’s brew. Seeing an eruption at night is like watching fireworks. But beyond their beauty, volcanoes are also world builders. Roughly 80 per cent of the earth’s surface has been created by them, and gas from ancient eruptions may have been instrumental in helping to form the first molecular building blocks of life. 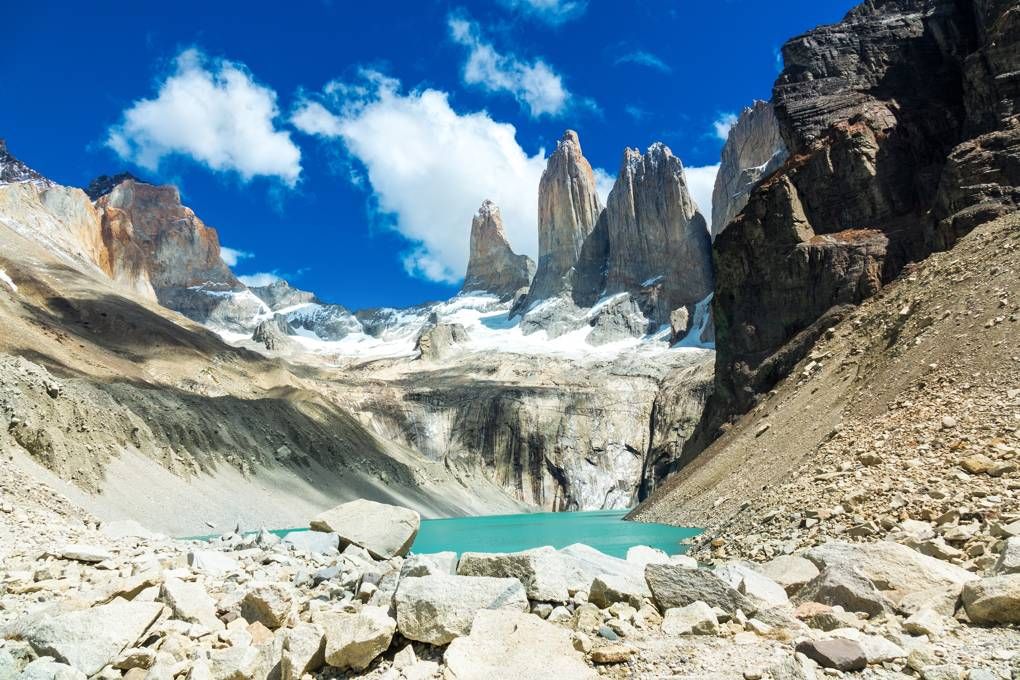 The great travel writer Bruce Chatwin described Patagonia, on the southern tip of Chile and Argentina, as ‘the farthest place to which man walked from his place of origin’. It is a boundless, wild land, and this year it got even more spectacular: in January, one million acres of private land were formally donated to the Chilean people from the estate of the late Doug Tomkins and his wife Kris, owners of the Patagonia outdoor-clothing company, matched by a further 10 million acres from the Chilean government, creating the largest continuous network of national parks in the world. There are many magnificent sights here, but there is only one wonder of the world. Torres del Paine is quite simply breathtaking, rising 6,000 feet from the Patagonian steppe. There is something almost otherworldly about the three sharp granite towers of the Paine massif – as if you are looking at the spires of some great fallen cathedral or vast temple of stone, the remnants of a lost fabled kingdom. See it for yourself and help prove the Tomkins right: that this land deserves to be preserved for all time. 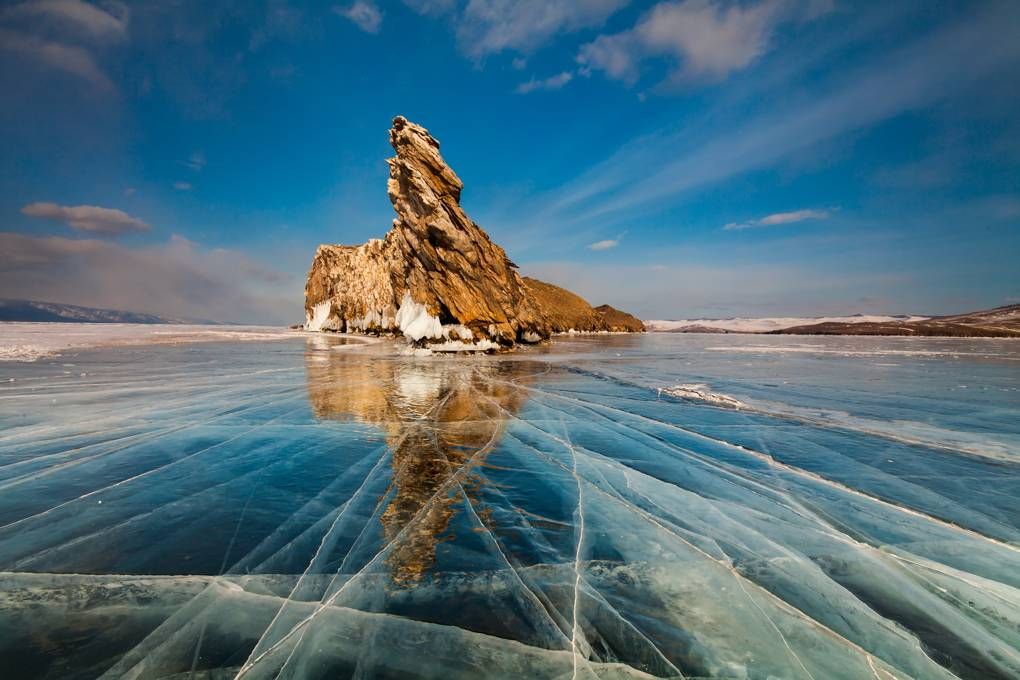 Russia is home to one of the world’s greatest but lesser-known natural wonders: Lake Baikal, in south-eastern Siberia, is surrounded by frozen tundra and vast taiga forests on all sides. The statistics of this largest and deepest freshwater lake in the world are mind-blowing: it holds a staggering 5,662 cubic miles of freshwater, 20 per cent of the earth’s unfrozen resources; it is bigger by volume than all the Great Lakes of America combined; you could stack three Empire State Buildings on top of the other and still not reach the surface. They call it the Pearl of Siberia, and that’s exactly what it resembles – a vast jewel, embedded in the earth as far as the eye can see. But just as impressive are the mysteries it holds: Lake Baikal is one of the world’s premier UFO hotspots – sightings are reported all the time, including a remarkable unexplained event in 1977. The Paysis, a deep-water submersible, was conducting scientific research at 4,000 feet, in complete darkness, when suddenly a bright spotlight shone on it for several seconds from an unknown source. To this day it has never been identified. 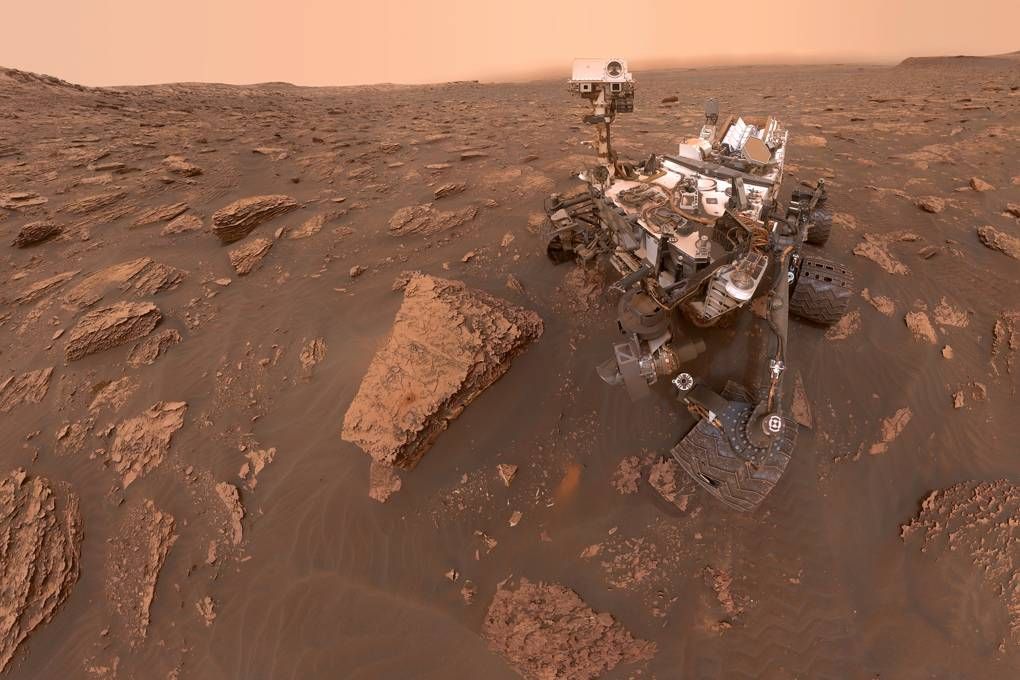 In June this year, NASA’s Curiosity Rover, which has been wandering the surface of Mars since it was first deployed in 2012, discovered organic molecules in ancient rocks on the red planet. But what’s just as incredible as the discovery is the rover itself and that human beings have been driving a vehicle on another planet for the last six years. We may not have taken that one giant leap ourselves yet, but that we are now exploring other planets is beyond question. It wasn’t easy getting there. In order for the rover to reach Mars, NASA scientists had to perform one of the most daring manoeuvres in the history of space flight. After a journey of 300 million miles, approaching the atmosphere at some 8,000mph, the probe first deployed a supersonic parachute and heat shield, then performed a complicated sequence of rocket blasts before being finally lowered down on a sky crane. And it had to land in precisely the right place. It was like finding a needle in a haystack from the other side of the solar system. That we can build such machines is an engineering marvel. Thanks to those achievements, we may finally be one step closer to perhaps answering the question whether we are alone in the universe… 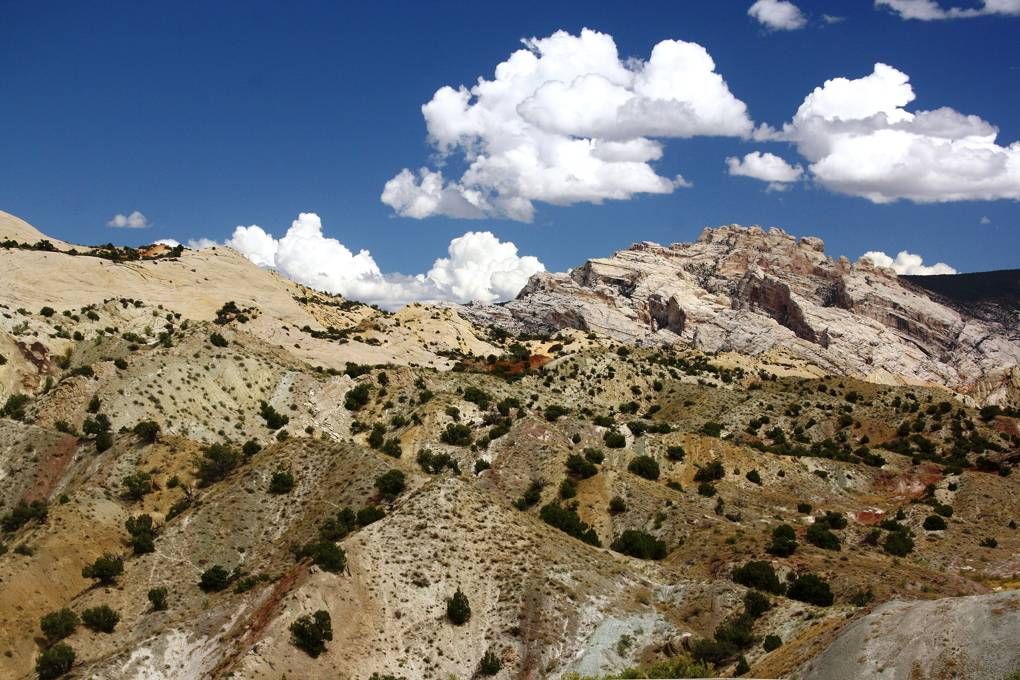 If Jurassic World: Fallen Kingdom has reignited your childhood love of dinosaurs, why not go and see the real thing? The Carnegie Quarry, also known as the Wall of Bones, at Dinosaur National Monument in northeastern Utah, houses one of the best-preserved collections of prehistoric life on the planet with 1,500 individual bones, embossed into an exposed slab of mountain rock. They’re believed to be the remains of several species, including Allosaurus, Camarasaurus and Stegosaurus, and to see them so well preserved is remarkable, like travelling back in time: leg bones as big as tree trunks, eye sockets bigger than fists, ribs like rapier blades. It’s extraordinary to think that the site where these bones once lay hasn’t always been desert but swamps; and that these monsters really did exist. Who needs the movies – dinosaurs make kids of us all. 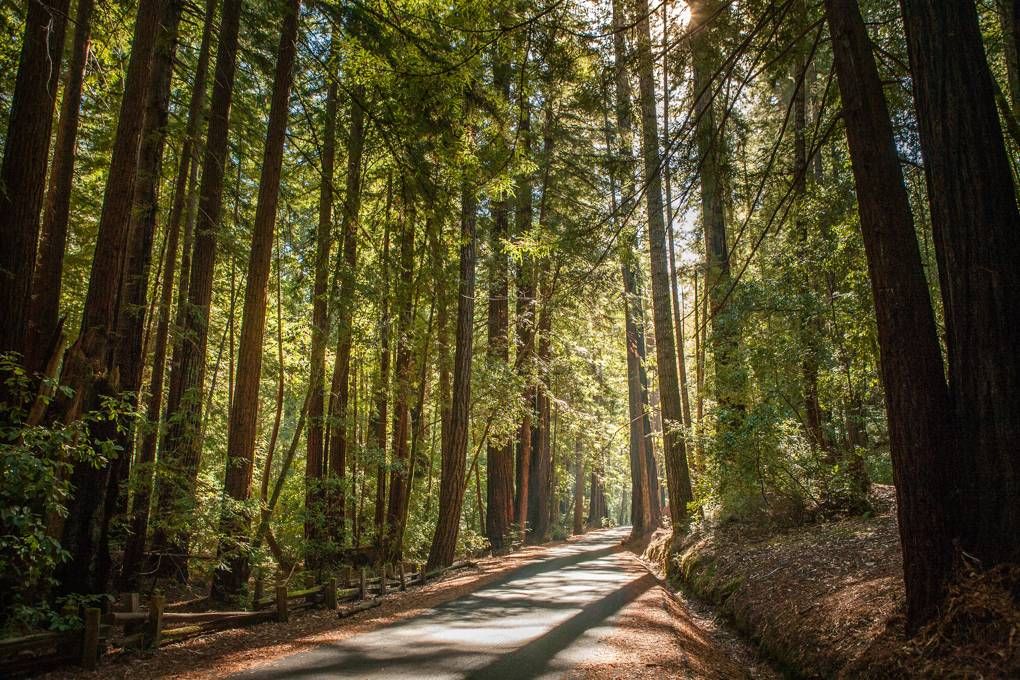 Celebrating its 50th anniversary this year, Redwood National Park in northern California is home to the tallest living organism on earth – Hyperion, a Great Redwood discovered in 2006, soars a staggering 379.7 feet into the sky. If it was a building, it would be more than 35 storeys tall. Great Redwoods such as these grow only in a narrow band of perfect elevation and climate in the far northern reaches of coastal California, where a cool, moist wind, blown in from the Pacific, keeps them permanently damp even during California’s notorious summer droughts. To see them first hand is a humbling experience: 2,000 years old, they regularly reach more than 300 feet in height, with fossil records dating back millions of years to the time of the dinosaurs – they are giants because they come from a land of giants. To stand beneath them, their thick red bark towering above like some colossal totem pole, is not just to be dwarfed by their size but by another era entirely. Why they grow so tall is still a mystery. Resistance to disease, insect damage and fire are all contributing factors. But in the end, the science is almost less important than the sensation of being among them. Like the stars at night, Redwoods are a reminder of how small we really are.