Are Gut Bacteria The Key To Healthy Aging? 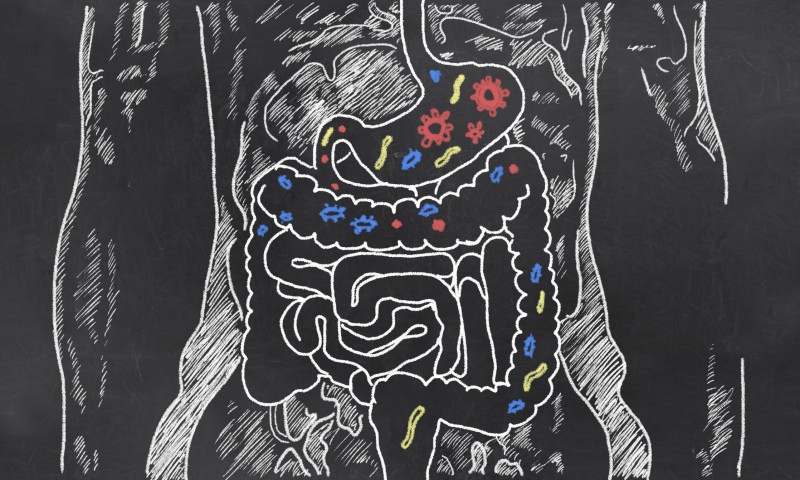 An increasing number of recent studies are asking an important question: Do gut bacteria hold the key to healthy aging? New research, recently presented at the London Microbiome Meeting, brings us closer to the answer.

In the ancient myth of Tithonus, the eponymous protagonist asks the gods to live forever but forgets to demand eternal youth.

Although he gained immortality, the diseases of old age eventually defeat Tithonus, and he bitterly regrets his immortality.

While achieving longevity is a goal worth pursuing and an ambition that humankind has harbored since the times of Ancient Greece, the myth of Tithonus reminds us that a long life has little value if riddled with disease.

As human life expectancy increases, the world population is aging at much higher rates. In fact, the United Nations estimate that the senior population — that is, the number of people aged 60 and above — is increasing at a rate of approximately 3 percent per year.

Currently, there are 962 million people aged 60 and above across the globe, according to the most recent estimates. By the year 2050, this number is projected to more than double, and the number of people aged 80 and above is expected to triple.

A range of chronic diseases accompanies aging. By the year 2060, for example, the Alzheimer's disease burden in the United States will have doubled, say the Centers for Disease Control and Prevention (CDC).

They predict that almost 14 million people will have Alzheimer's and other forms of dementia by then, and researchers are hard at work trying to prevent this and other age-related diseases.

So, the question "How can we live longer and healthier lives?" is slowly replacing that of "How can we live longer?" As scientists embark on the quest for a longer healthspan, it is becoming clearer that aging is not just an inevitable process that simply "happens," but that there are precise molecular mechanisms that regulate it.

Marina Ezcurra, Ph.D. — a lecturer in neuroscience at the School of Biological & Chemical Sciences at Queen Mary University of London in the United Kingdom — dedicates her time to understanding these mechanisms.

Her research focuses on how aging and its related diseases occur in a worm called Caenorhabditis elegans. More recently, Ezcurra and her team have been examining gastrointestinal aging and the role of the microbiome in this process.

On 24 October, 2018, Ezcurra presented her research at the London Microbiome Meeting in the U.K. In this Spotlight feature, we report on the key takeaways from her presentation.

In her presentation — entitled "The worm-bug: a combined model system to study host-microbiome interactions" — Ezcurra introduced C. elegans as a viable model for studying aging. C. elegans has a lifespan of only 2–3 weeks, but as it ages, it develops several pathologies — just like the human organism.

However, in the case of C. elegans, all the pathologies come down to a single one: gastrointestinal aging.

As Ezcurra explained in her talk, all the lifespan-increasing treatments that scientists have applied to C. elegans work by suppressing intestinal aging.

Using C. elegans, researchers can examine a host of age-related processes, such as resistance to stress, growth, fecundity, and lifespan. Experts have also used C. elegans as a model for several human diseases, such as Alzheimer's.

Ezcurra quotes existing research that saw C. elegans fed with Escherichia coli. As the worm feeds on bacteria, the researchers created about 4,000 mutant strains of E. coli, each with a specific gene deleted. Then, the team fed C. elegans each of these strains and examined the effects. 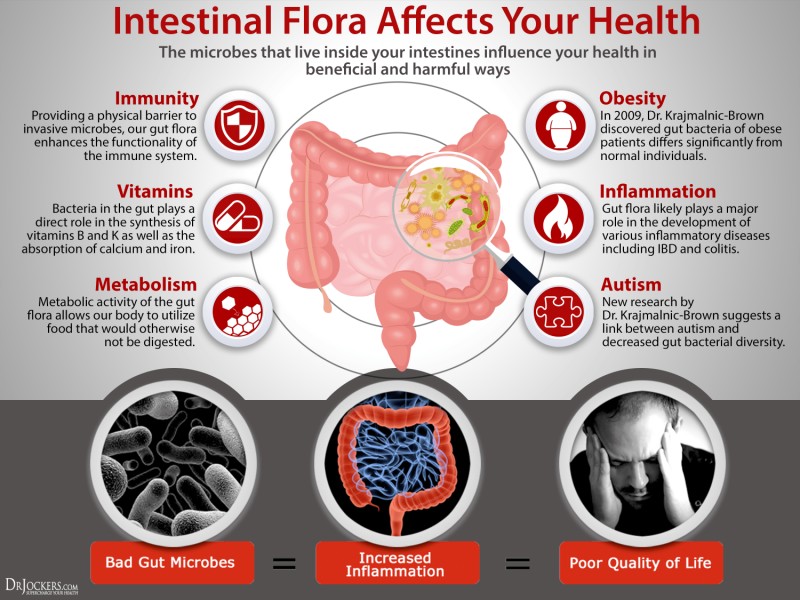 Senior study author Meng Wang — who is an associate professor of molecular and human genetics at the Baylor College of Medicine in Houston, TX — reported on the findings, saying, "We fed C. elegans each individual mutant bacteria and then looked at the worms' lifespan."

"Of the nearly 4,000 bacterial genes we tested, 29, when deleted, increased the worms' lifespan. Twelve of these bacterial mutants also protected the worms from tumor growth and accumulation of amyloid-beta, a characteristic of Alzheimer's disease in humans."

Also, the researchers found that one bacterial mutant overproduced a substance called colanic acid; this compound increased longevity by stimulating activity in the mitochondria, the so-called powerhouses of the cell, which are responsible for turning nutrients into energy.

Fighting aging with a diabetes drug

In her talk, Ezcurra mentioned another example of successful research into C. elegans that showed the effects of the microbiome on the aging process. This study involved the common diabetes drug metformin.

Metformin is currently the world's most widely prescribed diabetes drug. Previous research has found that the oral medication does not only reduce blood sugar levels, but that it also reduces the risk of cancer.

Scientists found that the drug can delay aging in mice and C. elegans. Metformin is currently being tested in clinical trials as a potential treatment against aging and aging-related diseases.

As the researcher explained in her talk, this means that metformin could potentially target several age-related chronic diseases at once. Metformin may be able to target not just diabetes, but also cancer and Alzheimer's pathologies.

The interesting thing about metformin's effects is that they delay aging through bacteria. Studies in C. elegans that Ezcurra cited have shown that the longevity effects of metformin do not work in the absence of bacteria.

Specifically, metformin affects the folate bacterial metabolism, Ezcurra explained, which, in turn, triggers a chain reaction that ends with the activation of a molecular pathway known to regulate aging.

Previous studies have teased out the microbiome of C. elegans, and others have colonized the gut of C. elegans with E. coli OP50 and noticed some interesting effects. The bacterial strain had positive effects on reproduction, immunity, and the organism's response to stress.

So, Ezcurra and her colleagues wondered whether there are any other additional effects that OP50 has on the aging process. Experiments carried out in her laboratory revealed that adding antibiotics to worms colonized with E. coli OP50 improves intestinal aging. Wiping out bacterial growth delayed the atrophy of the intestine that tends to happen with age in C. elegans.

Another experiment carried out in Ezcurra's laboratory used a previously established human disease model that used C. elegans to recreate age-related muscle paralysis. The researchers analyzed the effects of a "cocktail" of 14 different bacterial strains that make up the experimental microbiome.

They found that this experimental cocktail strongly suppressed age-induced paralysis. Also, the media extracted from the experimental microbiome had the same positive effect. 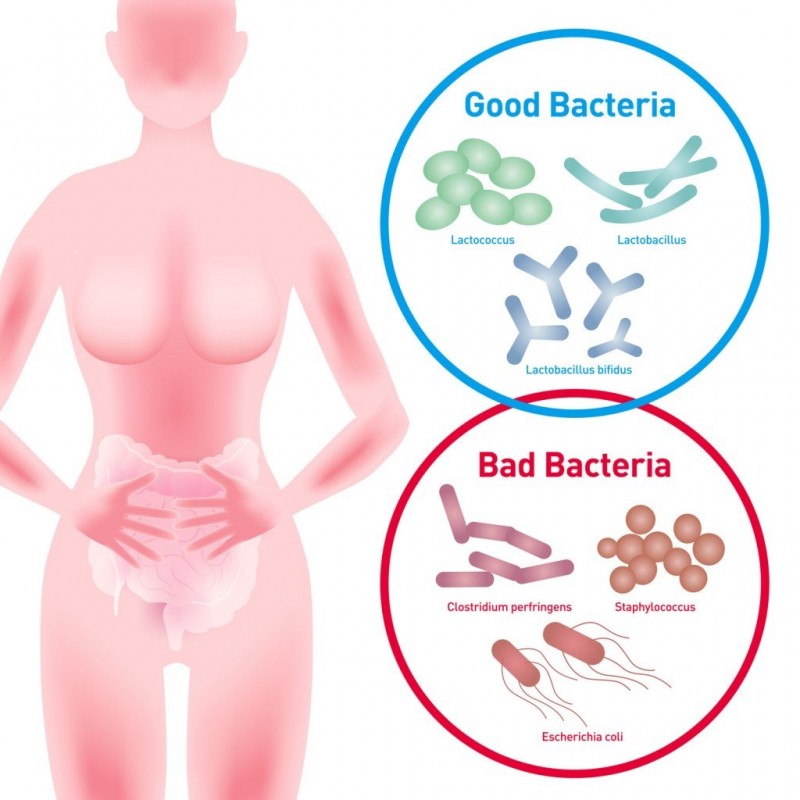 In the future, Ezcurra's team aims to see if it can colonize C. elegans with human bacterial strains to study the effects on aging and healthspan.

The researcher recently received funding from the Wellcome Trust to use simple human microbiomes — such as bacteria that have a beneficial effect on health and bacteria that impact health negatively — and study their effects in C. elegans.

Using real-time imaging, the scientists hope to unravel the molecular mechanisms that underpin the interactions between the host and the microbiome, as well as their effects on the aging process.

"The next step for my research," Ezcurra told Medical News Today, "is to use C. elegans to ask specific questions about the role of the microbiome in human health."

"There are many, many studies showing that there are links between the microbiome and diseases, such as psychiatric diseases, neurodegenerative diseases, obesity, diabetes etc., but we don't understand what is cause and [what is] effect."

"By better understanding the links between nutrition, microbiome, and health, we can understand how the elderly can maintain their microbiome, and also help them directly by using pre- and probiotic strategies. This would help us age in [a] better way, maintaining health and quality of life in old age without drugs or surgery."