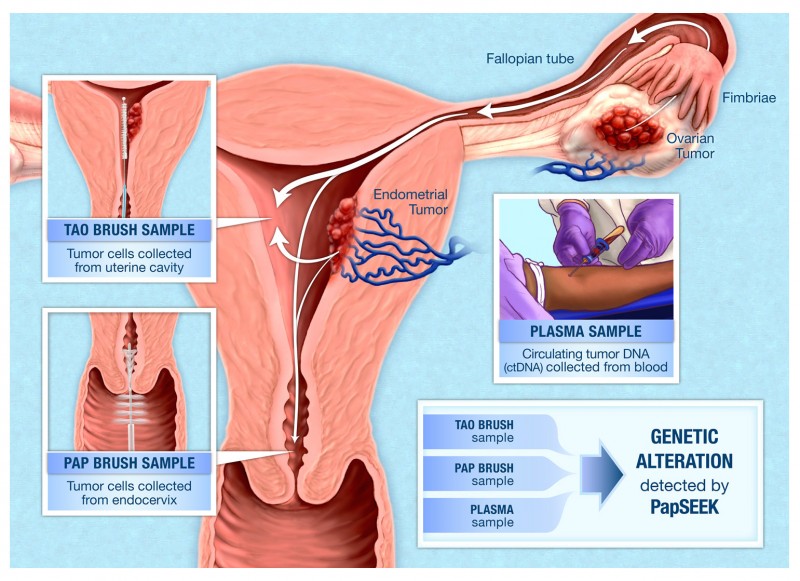 Relatively few cases of ovarian cancer are diagnosed in their early stages, so many people lose the opportunity for effective treatment. A newly developed blood test, however, could change this situation.

The American Cancer Society (ACS) state that "only about 20 percent of ovarian cancers are found at an early stage."

However, when a doctor can diagnose the cancer early on, about 94 percent of people have a good prognosis following treatment.

Beyond a full pelvic exam, a doctor has two diagnostic tests at their disposal: the transvaginal ultrasound and the cancer antigen 125 (CA-125) blood test.

Both tests have significant limitations. The ultrasound test allows a doctor to look for tumors in the uterus, fallopian tubes, and ovaries, but it cannot indicate whether a growth is cancerous.

The CA-125 test assesses the levels of an ovarian cancer marker in the blood. The problem is that high levels of this antigen are also present in people with unrelated conditions.

The authors of the new study, which appears in the journal Biochemical and Biophysical Research Communications, note that "CA-125 serum levels may also be elevated in nonmalignant conditions, such as endometriosis, pregnancy, ovarian cysts, pelvic inflammatory disease, hepatitis, cirrhosis, and in the follicular phase of the menstrual cycle."

For this reason, the researchers sought to develop a new, more accurate blood test to detect ovarian cancer.

The team came from Griffith University in Gold Coast or the University of Adelaide, both in Australia. 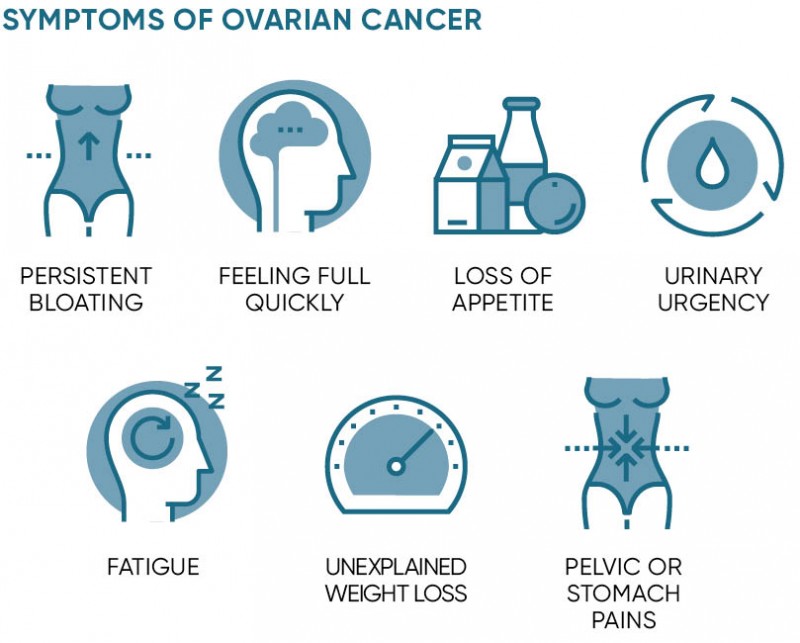 Specialists from the University of Adelaide first identified a bacterial toxin — the subtilase cytotoxin produced by an Escherichia coli bacterium — that, as they discovered, allowed them to track down human cancer cells.

This toxin is able to recognize N-glycolylneuraminic acid-containing glycans, abnormal chains of simple sugars that appear on the surface of cancer cells. These are then released into the bloodstream.

The team behind the current study engineered a harmless subunit of the toxin. This could more effectively tag the telltale sugars in blood samples collected from participants with ovarian cancer.

The blood test did not detect the cancer glycan in any blood samples from healthy participants who served as a control population.

Prof. James Paton, an author of the study and director of the University of Adelaide's Research Centre for Infectious Diseases, believes that the new test could represent a huge step toward diagnosing ovarian cancer early.

"Ovarian cancer is notoriously difficult to detect in its early stages, when there are more options for treatment and survival rates are better. Our new test is therefore a potential game-changer."

"Detection of this tumor marker may also play a role in a simple liquid biopsy to monitor disease stage and treatment," adds Prof. Michael Jennings, a co-author and the deputy director of the Institute for Glycomics at Griffith University.

The researchers are now planning further trials that will involve more blood samples. They hope to improve the new test and eventually make it available to the public.