What Are The Symptoms Of HIV In Women? 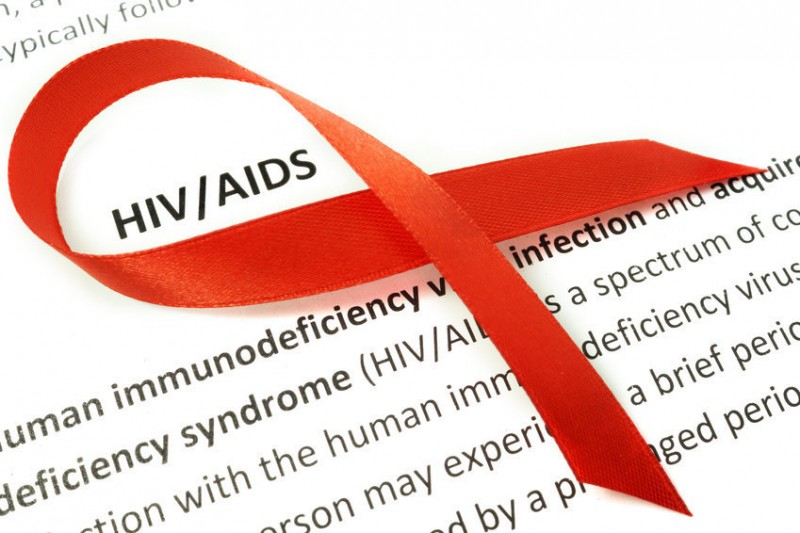 HIV can affect anyone, and some symptoms may be different in women.

In late 2014, the Centers for Disease Control and Prevention (CDC) estimates, more than 250,000 women in the United States were living with HIV.

Below, we describe HIV symptoms in women, how doctors diagnose the condition and what treatment options are available.

Within a few weeks of contracting HIV, the body goes through seroconversion, a period in which the virus rapidly multiplies.

During seroconversion, the virus can cause a flu-like illness called an acute HIV infection.

After this initial period, further symptoms can develop, especially if a person does not receive treatment.

Symptoms of HIV in women can include:

After contracting HIV, the immune system mounts a response to the virus.

The symptoms above usually appear 2–6 weeks after contracting HIV, and they can last anywhere from a week to a month.

These symptoms can resemble those of a cold or flu, so a person may not initially associate them with HIV.

Many symptoms of an acute HIV infection are common in males and females. However, some women may experience other symptoms, including:

Following an acute HIV infection, the virus continues to multiply, but at a slower rate. A person may or may not have symptoms.

Treatment can slow or stop the virus' progression. Even without treatment, some people experience no additional symptoms for up to a decade after the initial infection.

Swollen lymph nodes can be one of the earliest symptoms of HIV, after those of an acute infection.

The neck may feel swollen just under the jaw and behind the ears. The swelling can cause trouble swallowing, and it may last anywhere from a few days to months.

When a person has HIV, their immune system devotes a lot of energy to fighting the virus. As a result, their body is not as equipped to combat other infections. 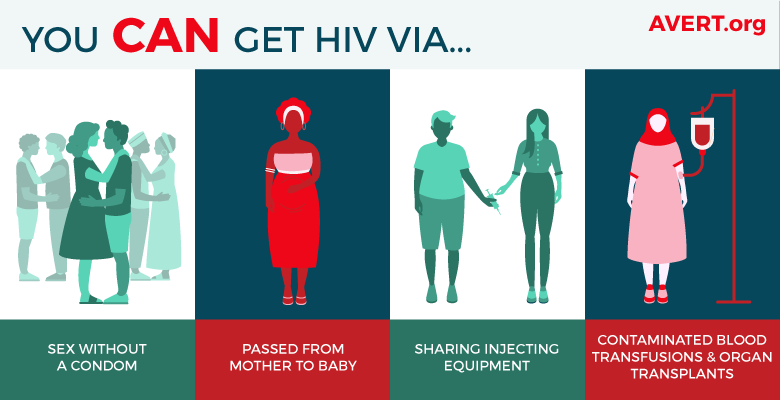 HIV can increase the risk of developing vaginal yeast infections. Symptoms of these infections include:

While almost all women have yeast infections from time to time, HIV can cause these infections to occur more frequently.

If a person is not receiving HIV treatment, the virus can cause nausea, diarrhea, poor food absorption, and appetite loss.

Each of these issues can cause a person to lose weight quickly.

This may involve depression, which can cause feelings of hopelessness and intense sadness. People may also experience stress and memory loss.

HIV can cause unusual spots to form on the skin. They may be red, pink, brown, or purple. These spots may appear inside the mouth, eyelids, or nose.

Sores can also develop on the mouth, genitals, or anus.

Some women with HIV notice lighter or heavier periods. Also, if a person is experiencing rapid weight loss, they may begin to miss periods.

In addition, hormonal fluctuations can cause menstrual symptoms, such as cramps, breast tenderness, and fatigue, to change or get worse.

When to see a doctor

The CDC recommend that everyone ages 13–64 get tested for HIV at least once as part of routine care. They also advise every pregnant woman to take an HIV test.

Some women have a higher risk of contracting HIV. Risk factors include:

If a person has any of the above risk factors, they should talk to their doctor about HIV testing. The doctor should also advise about how often to take a test. 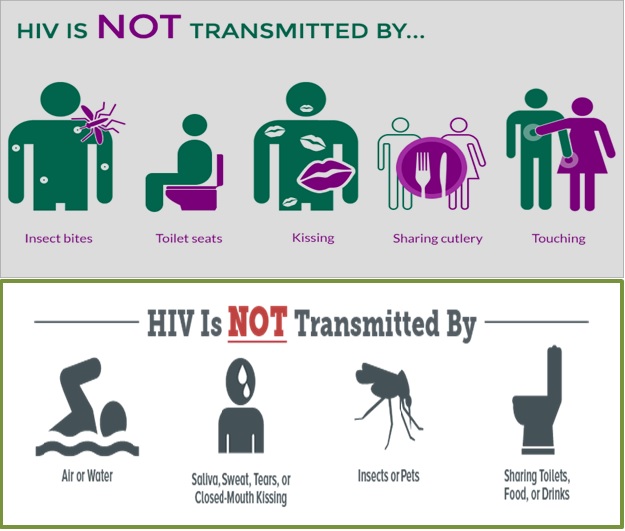 The CDC estimate that, of all the women with HIV in the U.S. in 2014, 88 percent had received a diagnosis.

Early diagnosis is crucial, and many therapies can help a person manage HIV without complications.

Different types of tests can help a doctor diagnose HIV. Some tests cannot detect the virus in the early stages.

Anyone who may have contracted the virus and who has early symptoms may wish to speak to a doctor about a nucleic acid test.

While there is currently no cure for HIV, doctors can prescribe medications that either stop the virus from replicating or reduce the rate at which the virus multiplies.

These medicines are called antiretroviral therapies, and there are several different types.

A person may need to take between one and three medications a day, depending on their needs.

Ideally, if a person takes antiretroviral therapies as instructed, the virus will stop replicating, and the immune system can fight off those that remain.

Levels of the virus may diminish until they are no longer detectable. However, HIV remains in the body, and if a person stopped taking their medications, the virus could start to replicate again.

HIV symptoms can resemble those of other illnesses. Initial symptoms may be similar to those of the flu, for example.

Women may also experience other symptoms later on, such as frequent vaginal yeast infections.

Anyone who thinks that they may have HIV should speak to a doctor about testing.

Thanks to innovations in treatment, people can manage HIV much like any other chronic condition. This can help prevent later-stage symptoms.