The 10 Most Beautiful Towns In The Philippines

With its historic towns, idyllic beaches, sunny climate and diverse landscapes, the Philippines is quickly emerging as a destination to rival nearby tourist hot spots like Thailand and Indonesia. Encompassing 7,107 islands, this gorgeous country offers virtually endless corners of beauty to explore. Here are 10 of its prettiest towns to add to your bucket list. 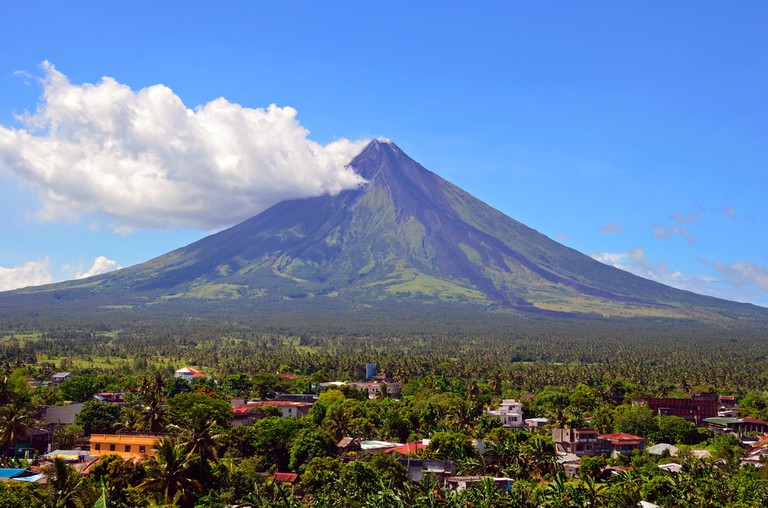 Daraga is a quaint market town located in southeast Luzon. This rural town sits in the shadow of Mount Mayon, with Daraga Church perched dramatically on a hill overlooking the volcano. Constructed in 1773, the church was built using volcanic rock and features some intricately sculpted reliefs on its columns. Just northwest of town is Cagsawa Church, one of the region’s most iconic sites. In the early 19th century hundreds of people sought refuge in the church during a devastating eruption of Mount Mayon, but were killed when lava engulfed the building. The remains of the church look quite haunting against the backdrop of green fields and towering Mount Mayon. 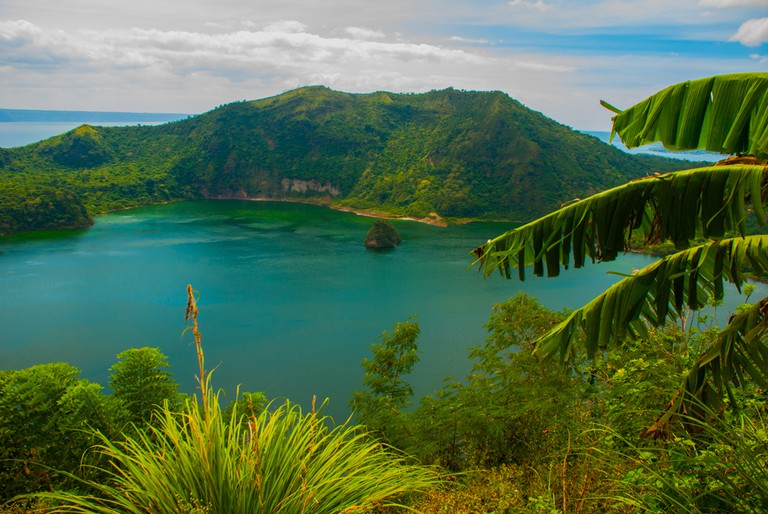 Located about an hour away from Manila, Tagaytay is defined by its commanding views of Taal Volcano, the smallest volcano in the world. Taal Volcano isn’t actually located in Tagaytay, but the town’s elevation makes it the perfect spot for admiring this famous peak. It’s also possible to take a boat ride across the lake and hike up the volcano for a closer look. With its cooler temperatures and picturesque natural scenery, Tagaytay is a well-loved place for locals to escape the city and enjoy some fresh air. Horseback riding, cycling, and picnics are all popular activities here. 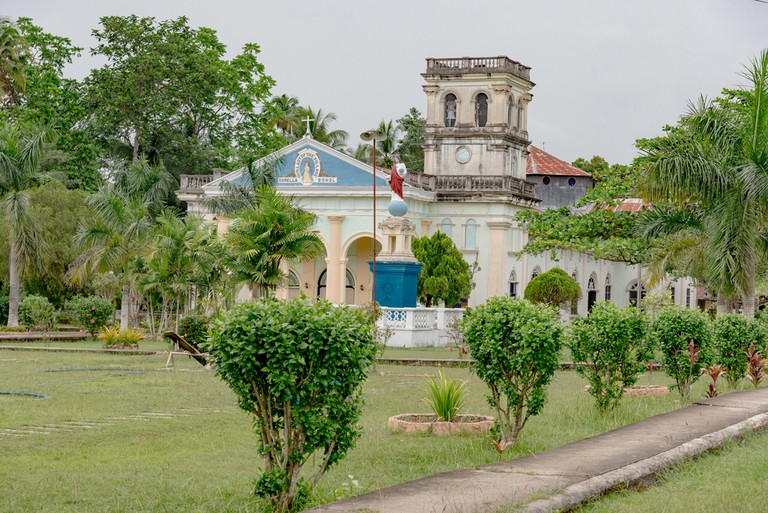 Baclayon was the first municipality to be founded on the island of Bohol, established by the Spanish in the late 16th century. This charming town’s main attraction is Baclayaon Church, which is a National Cultural Treasure as well as a National Historical Landmark. Although this historic church was severely damaged during an earthquake in 2013, its adjacent museum remains open to explore. Aside from the church, the town is home to dozens of lovely colonial Spanish homes, dating back as far as 1853. Baclayon is an ideal base for whale-and dolphin-watching excursions to nearby Pamilacan Island. 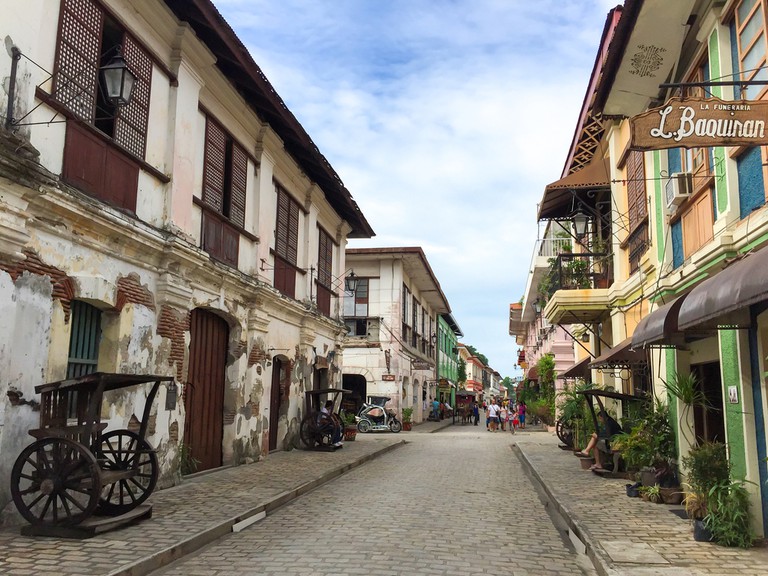 A UNESCO World Heritage Site, Vigan is one of the oldest towns in the Philippines. Calle Crisologo, the town’s historic center, is closed to vehicular traffic. This beautifully-preserved cobbled street is lined with colonial-era merchant houses and Baroque churches. Horse-drawn carriages, called kalesa, add to the beguiling atmosphere. Most of these elegant buildings are private homes, but a few have been converted into B&Bs and museums, allowing visitors the opportunity to see their equally-stunning interiors. Established in the 16th-century, the town’s unique architecture brings together elements of local, Chinese, and European architecture. It’s considered to be Asia’s finest example of a planned Spanish colonial town. 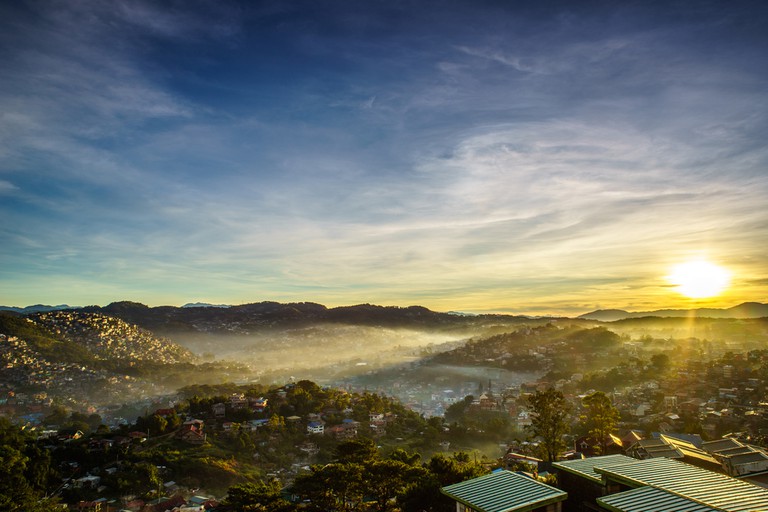 Nicknamed the ‘Summer Capital of the Philippines’, Baguio was originally designed as a vacation destination for Americans in the early 20th century. Set 5,200 feet above sea level, Baguio’s climate is distinctly cooler than most other areas of the country, making it a favorite getaway spot of both tourists and locals. Dotted with pretty parks, pine trees, and heritage buildings, the town is a pleasant place for horseback riding and hiking. It’s also an excellent shopping destination, with dozens of thrift shops (called ukay-ukay) found along Session Road, as well as handcrafted goodies available at the downtown market. 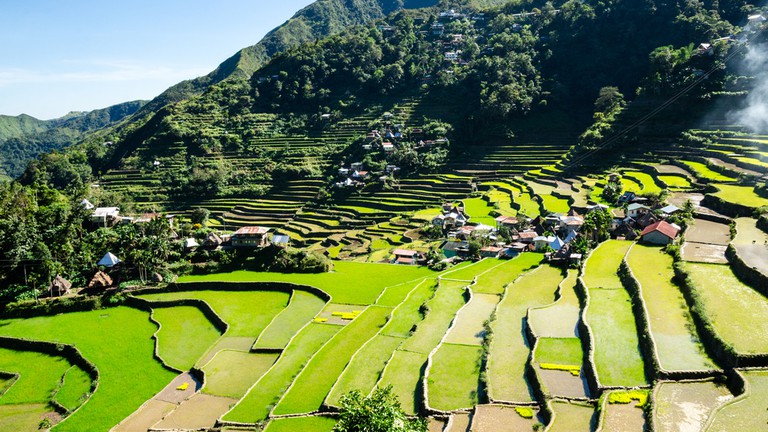 Banaue is best known for its striking rice terraces, which surround the town on all sides. Located 216 miles north of Manila, Banaue is one of four towns in Ifugao province that comprise the UNESCO-recognized Rice Terraces of the Philippine Cordilleras. Ancient rice terraces are a relatively common site in Asia, but Ifugao’s are unique for their high altitude. The terraces, which follow the natural curve of the mountains, were introduced by the Chinese more than 2,000 years ago. Bordered by mud walls, the highest of these impressive terraces is set more than 4,900 feet above sea level. 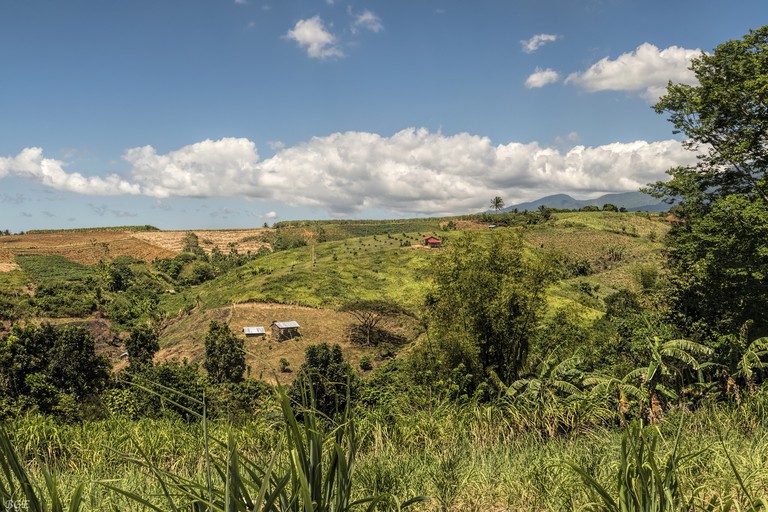 Although Silay doesn’t initially look as lovely as the nearby provincial capital of Bacolod, it’s a city that quickly draws in those who linger long enough to discover its rich history. Once known as ‘the Paris of Negros’, Silay was at the heart of the island’s thriving sugar industry in the 19th century. During the industry’s Golden Age, the town was dotted with grand sugar mansions. A number of these historic mansions survive today, and some have been converted into interesting museums. The town is particularly wonderful to visit during the Charter-Day anniversary, which takes place each June. This colorful annual event features an exciting street dance competition. 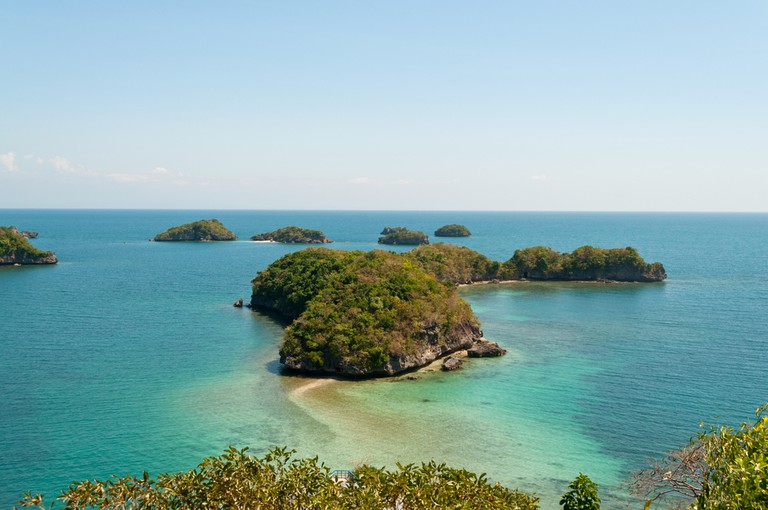 Alaminos is home to the Hundred Islands, a group of 123 islands located off its coast. Each of the islands is distinct, with many known for their unusual mushroom-like appearance caused by tides eroding their bases over the years. Island hopping boat trips are a popular activity, with some islands home to pretty beaches, caves, and interesting bird-life. In addition to touring the islands, many visitors stop to hike the islands’ often-hilly terrain or camp overnight. Alaminos itself features a number of elegant heritage homes, and it is well-known for a special type of longganisa made with a flavorful type of local garlic. 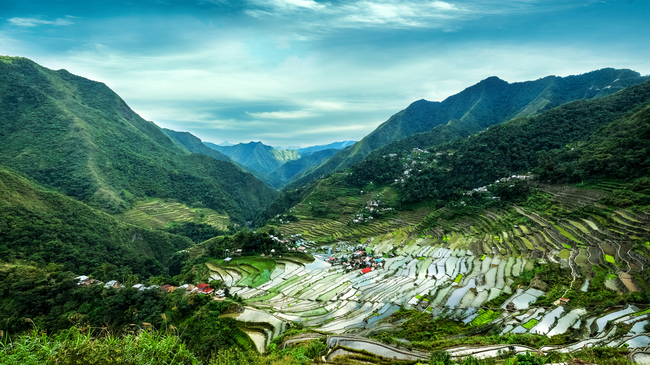 Known as the ‘Philippine Shangri-La’, Sagada is a stunning town set 5,300 feet above sea level in north-central Philippines. The town’s landscape of caves, hiking trails, sculpted rice terraces, and lush karst mountains looks particularly stunning shrouded in the mists often present at its high altitude. According to traditional local culture, the spirits of the dead like to be close to the sky, and as a result, ancient coffins can be seen interspersed along the limestone cliffs. Established by Episcopal missionaries in the early 20th century, the town’s cooler climate is ideal for growing a variety of fruits that are challenging to grow elsewhere in the country, including lemons. 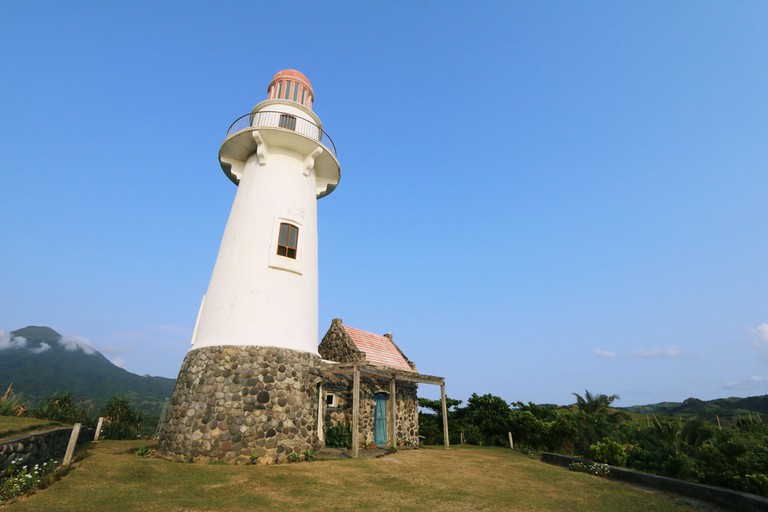 With its cobblestone houses, craggy seaside cliffs and rolling hills, Basco looks more like part of the European countryside than the capital of the Philippine’s municipality of Batanes. Pretty Basco Lighthouse is located about 0.7 miles north of the town, and offers fantastic views over the coast. Basco is an excellent base for exploring the Batanes Islands, or you can simply stroll through its charming flower-filled streets. Basco is also a good starting point for hikes to the top of nearby Mount Iraya, a 4,977-foot dormant volcano which can be reached in a three-hour trek from the town.