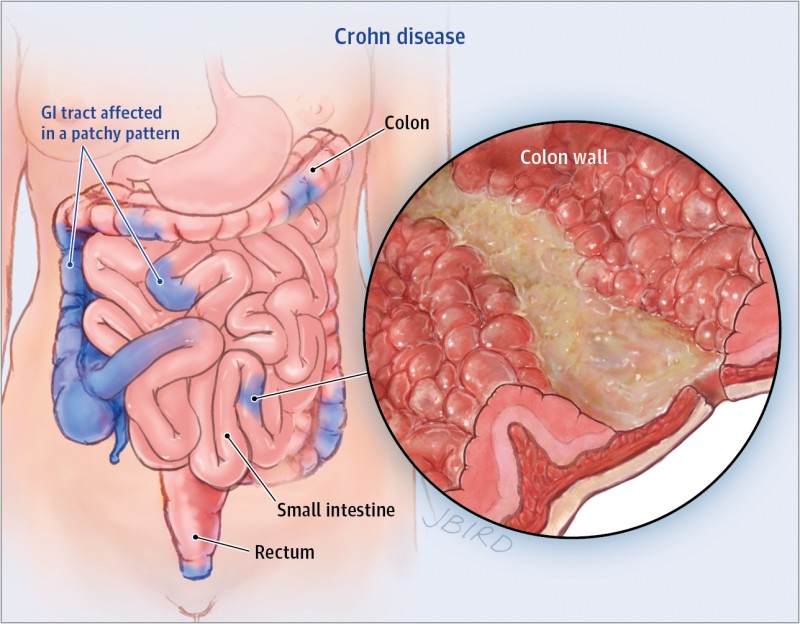 Probiotics are living microorganisms, including bacteria and yeast, that can benefit the body. Some people take probiotics to enhance the digestive bacteria in their gut.

People with Crohn's disease, which is an inflammatory disorder affecting the gastrointestinal tract, experience a variety of digestive problems. Probiotics may help reduce the symptoms of this condition.

People can buy probiotics as supplements or eat probiotic foods, such as yogurt, kefir, miso, and tempeh.

Researchers have conducted several studies into whether probiotics could offer any benefits to people with Crohn's disease.

This article will examine what the latest research says about taking probiotics to reduce Crohn's disease symptoms.

Research suggests that people with Crohn's disease have an altered "microbiome," which means that the digestive bacteria in their gut are unbalanced.

Some experts maintain that using probiotics to restore the microbiome can allow a person with Crohn's disease to reduce irregular immune responses and experience fewer symptoms.

They believe that adding healthful bacteria to the digestive tract, potentially by incorporating natural probiotic food sources to the diet, can reduce both intestinal inflammation and abnormalities of the immune system. This could minimize symptoms of Crohn's disease, such as gastrointestinal irritation, diarrhea, and stomach upset.

To see whether or not probiotics work for them, people with Crohn's disease can keep a food diary and slowly incorporate some of these foods into their diet, noting any changes in their symptoms.

A person may also incorporate prebiotic foods into their diet. These are food sources that feed bacteria in the digestive tract and can promote their growth. These foods include onions, leeks, and asparagus.

Research has not proven that the probiotics in food can help reduce Crohn's disease symptoms, so some people may wish to try taking a supplement first.

However, as long as someone does not have an allergy to probiotic foods, incorporating them into the diet is a relatively risk-free method to try to improve overall health and help manage the disease. 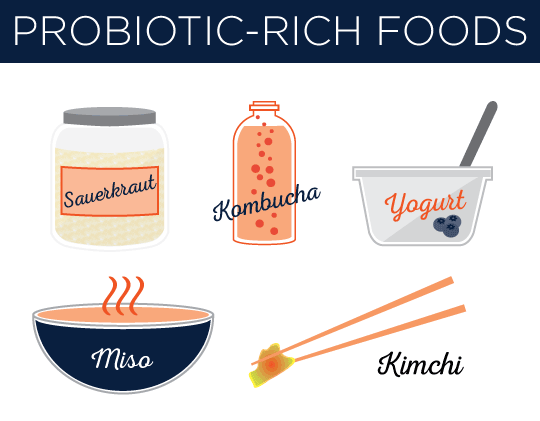 What does the research say?

Most of the research surrounding Crohn's disease and probiotics has consisted of small studies of 50 or fewer participants taking probiotics to achieve or maintain remission.

Research from 2014 found that probiotics increase the intestine's barrier function and the number of anti-inflammatory compounds known as cytokines in the gastrointestinal tract.

As a result, the authors concluded that probiotics were a "promising therapeutic option" for inflammatory bowel disease (IBD), the term for a group of disorders that includes Crohn's disease.

According to other researchers, most of the studies to date do not conclusively show that probiotics are more helpful than a placebo in treating Crohn's disease.

While several smaller studies are available, more extensive studies are necessary to conclude that probiotics do help people with this condition.

There are many different strains of probiotics so large studies would ideally identify the strains that would be most beneficial.

People can take these probiotics to supplement other treatments for Crohn's disease that is in remission or causing mild-to-moderate symptoms.

In addition to probiotics for Crohn's disease, researchers have also examined the use of probiotics to treat other conditions. These include eczema, infant colic, liver disease, the common cold, diarrhea resulting from infection, and many others. 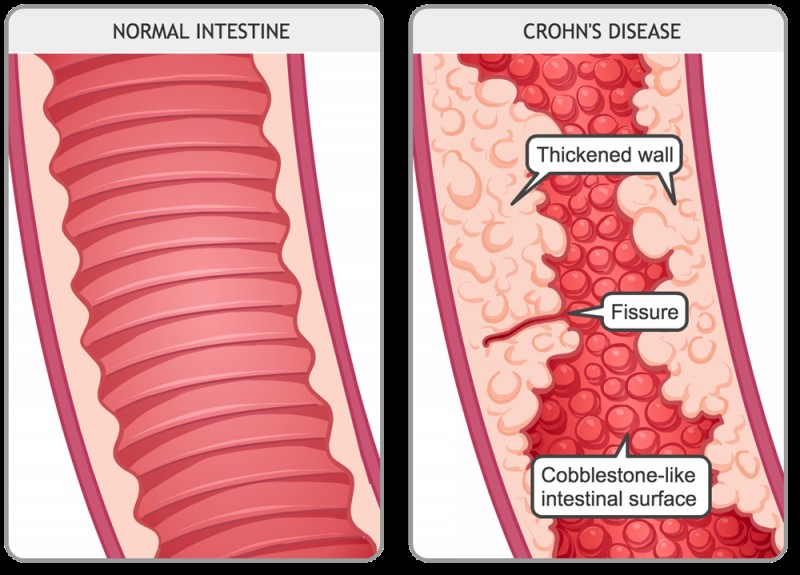 Probiotics are safe for most people. In rare cases though, the microorganisms in them can cause infection, which can lead to adverse side effects.

People at risk include those with weakened immune systems, the critically ill, and very sick infants.

People with healthy immune systems may still experience some mild side effects, such as gas or an upset stomach, after taking probiotics.

A person with Crohn's disease may be taking several different medications to manage their condition, so it is essential to check with a doctor before taking any new medications or supplements, including probiotics.

It is possible that probiotics may reduce symptoms in people with Crohn's disease, but there is a lack of research to confirm this.

Until more research is available, it is best for people to speak to a doctor about the risks and benefits of adding a probiotic supplement to their diet.

A doctor may recommend keeping a food and symptoms diary before and after starting probiotics to determine whether or not they have any beneficial effects.

Probiotics are available in some pharmacies, health-food stores, and online.