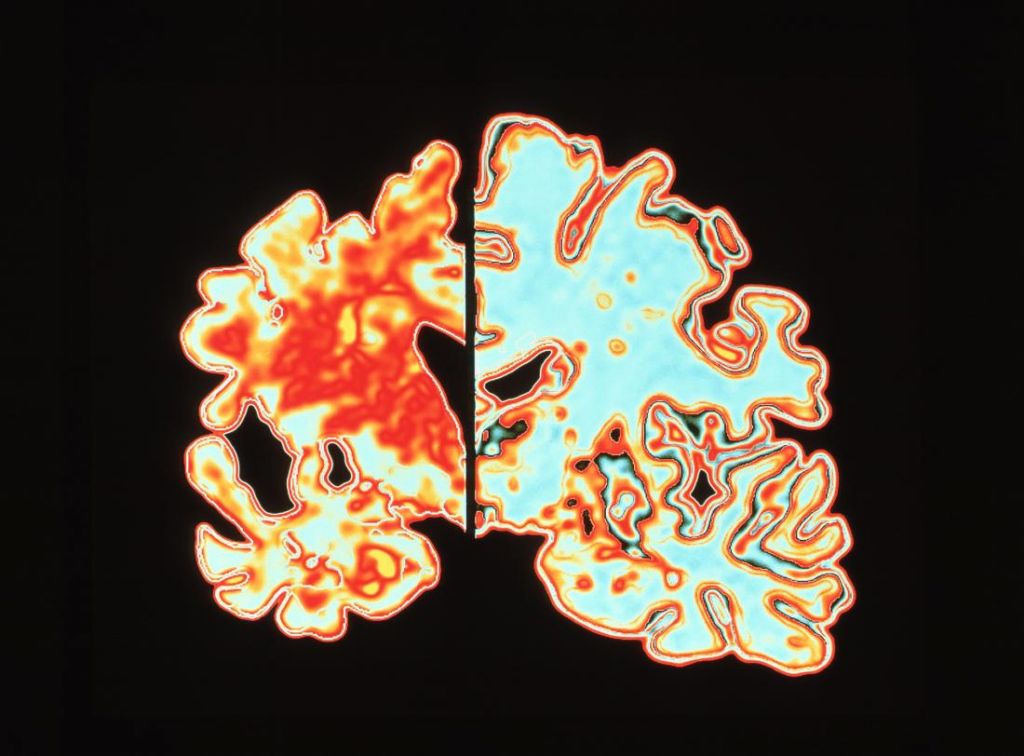 A drug that scientists are currently developing to treat stroke survivors might also help stave off Alzheimer's disease.

Alzheimer's disease is the most common form of dementia.

According to the Alzheimer's Association, 5.7 million people in the United States are living with the condition.

Current medications can only relieve some symptoms of the disease, and there is not yet any way to halt its progression.

The neurodegeneration that occurs in people with Alzheimer's results from the buildup of a protein called beta-amyloid in the brain.

Beta-amyloid is present in the healthy brain, but incorrectly folded proteins can accumulate to form amyloid plaques.

These plaques reduce blood flow to the brain, leading to the breakdown of brain cells.

Over the years, researchers have investigated many pharmacological routes to tackle these plaques, but, to date, none have led to the development of effective drugs.

Recently, researchers from the University of Southern California (USC) in Los Angeles explored an innovative new compound that the scientific community is already scrutinizing.

3K3A-APC is a modified version of activated C protein, which is a blood-based protein that protects brain cells and blood vessels from damage due to inflammation.

Activated C protein is naturally a powerful anticoagulant. However, the alterations that scientists have made to the newly modified version has reduced its anticoagulant properties by around 90 percent while maintaining its protective benefits.

The drug is currently under development to treat brain bleeds in people who have experienced a stroke. So far, the drug seems to reduce bleeding in the brain with few side effects or safety concerns.

As a result of 3K3A-APC's positive performance in other trials, the authors of the current study decided to pit it against Alzheimer's. Lead author Berislav V. Zlokovic, Ph.D. writes:

"Because of its neuroprotective, vasculoprotective, and anti-inflammatory activities in multiple models of neurological disorders, we investigated whether 3K3A-APC can also protect the brain from the toxic effects of [beta-amyloid] toxin in a mouse model of Alzheimer's disease."

The team's recent findings feature in the Journal of Experimental Medicine.

The scientists carried out their study using mice with a number of genetic mutations that research has shown to increase Alzheimer's risk. These animals produce high levels of beta-amyloid and demonstrate both cognitive decline and neuroinflammation.

As the researchers had theorized, 3K3A-APC reduced the buildup of toxic protein in the brains of these mice.

Also, the mice did not demonstrate the expected memory deficits that protein buildup produces, and cerebral blood flow was normal. In Alzheimer's disease, signs of inflammation in the brain are common. In mice that received 3K3A-APC, the team noted significantly reduced inflammation.

Next, the scientists wanted to understand how this experimental drug was imparting its benefits. They found that 3K3A-APC reduced the amount of an enzyme called beta-secretase 1 (BACE1), which nerve cells create. BACE1 is necessary for the formation of beta-amyloid; without it, plaques cannot form.

In the past, scientists have tried using various compounds to block BACE1. So far, this has not led to new drugs. However, they have shown that interfering with BACE1 reduces Alzheimer's plaques in the brain.

This current medication uses a slightly different approach as it blocks the production of the enzyme rather than blocking the enzyme itself.

The researchers believe that 3K3A-APC might be most beneficial during the early stages of Alzheimer's disease before there is significant beta-amyloid buildup.

Having reviewed earlier experiments looking at the role of BACE1, the authors write, "Collectively, these studies suggest that the optimal timing for treatment of [beta-amyloid] pathology with BACE1 inhibitors is early in the disease course, before widespread [beta-amyloid] plaque formation occurs."

"Our present data support the idea that 3K3A-APC holds potential as an effective anti-[beta-amyloid] therapy for early-stage Alzheimer's disease in humans."

As ever, before a new treatment can make it to market, much more research will be necessary in other animal models and, eventually, humans.

As Alzheimer's is currently untreatable, finding a new way to approach the disease is invaluable. These results are exciting and, no doubt, follow-up work will be underway shortly.