What Are The Best Ways To Increase Sperm Count? 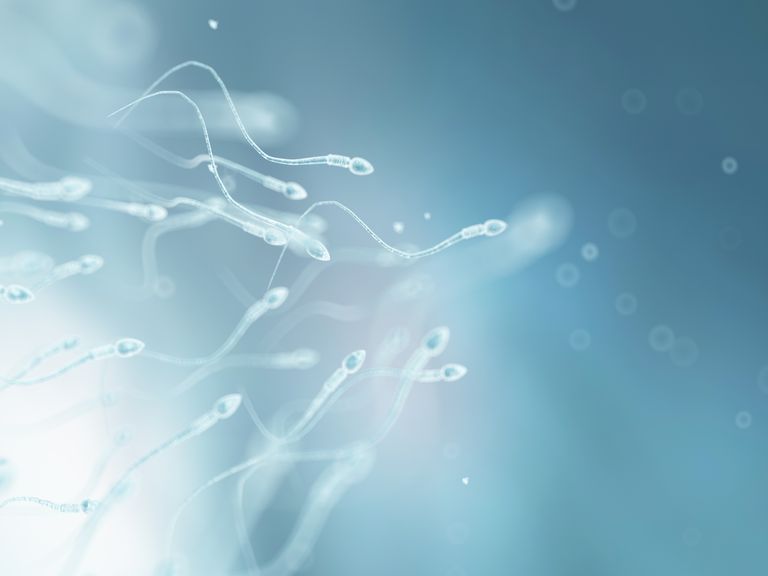 Sperm count or total sperm count refers to the average total number of sperm present in one sample of semen. Sperm count is one of the several qualities that are assessed during routine semen analysis and is considered an important factor for fertility.

Based on the most current World Health Organization guidelines, a healthy sperm count is 15 million per milliliter (ml) or at least 39 million per sample. A sperm count lower than 10 million per ml is considered abnormal and commonly associated with male infertility.

Anything that impacts the hormones that control the production of sperm or acts as an anti-oxidant may aid the healthy development of sperm and help improve sperm count. Overall, factors that influence testosterone levels are thought to have the most significant impact on sperm number and quality.

Fast facts on how to increase sperm count:

For several decades, researchers have known that sperm quality and fertility rates have been in decline in most Western nations. According to a 2017 study, between 1973 and 2011 the average sperm count in North America, Europe, Australia, and New Zealand dropped by 59.3 percent.

Despite studies identifying the problem, the reasons for this decline and ways to reliably reverse it are still unknown.

Several non-pharmacologic remedies have been used by ancient, herbal, and traditional medicines to increase sperm count and overall sperm health for thousands of years.

Researchers have shown that most of these remedies influence sperm count in some way.

Several studies have shown that weight loss and exercise in obese and overweight individuals can lead to improved or increased sperm counts. However, the science linking a healthy Body Mass Index (BMI) to a healthy sperm count is still weak.

Any form of stress can cause the body to take defensive actions and conserve energy. In times of distress, it makes biological sense for the body to become less concerned with reproduction and more focused on surviving.

Reducing stress requires addressing the cause, though factors such as exercise and a healthful diet are thought to lessen the effects of stress.

For men who are experiencing severe stress, a doctor may prescribe anti-anxiety or anti-depressant medications.

A 2016 study reviewing the results of over 20 different studies with a total of nearly 6,000 participants found smoking consistently reduced sperm count.

4. Avoid excessive alcohol use and drugs

The number of studies exploring the link between sperm health and drugs is limited given ethical considerations. However, some researchers have linked the worldwide use of drugs such as alcohol, marijuana, and cocaine to decreased sperm production.

Some prescription medications can potentially decrease the healthy production of sperm. Once a person stops taking the drug, his sperm count should return to normal or increase.

Medications that temporarily reduce the production and development of sperm include:

Fenugreek has long been used as a natural remedy for poor sperm health, and advocates suggest it may improve sperm count. A 2017 study found that the patent-pending compound Furosap®, which is developed from fenugreek seeds, significantly improved overall semen quality and sperm count.

Various fenugreek products, including supplements, are available to purchase online.

7. Get enough vitamin D and calcium

Researchers are not entirely sure why, but vitamin D and calcium serum appear to impact sperm health. Some studies have shown that low dietary vitamin D intake seems to correspond with lowered sperm count.

Vitamin D and calcium supplements are available to purchase in health food stores and online. 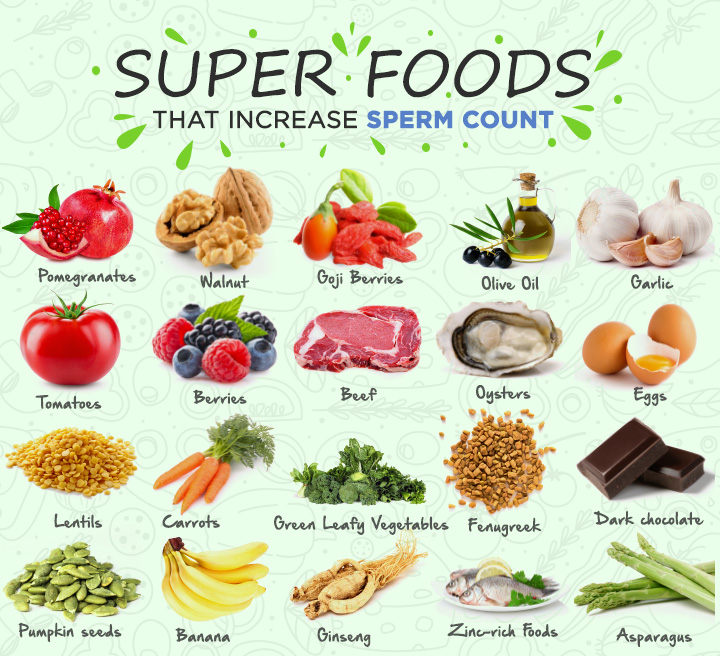 Ashwagandha, also known as Indian ginseng, has long been used in traditional medicines as a remedy for several forms of sexual dysfunction. A 2016 study found that 46 men with low sperm counts who took 675 milligrams (mg) of ashwagandha daily for 90 days saw a 167 percent increase in sperm count.

Ashwagandha is available to purchase online or in health food stores.

Antioxidants are molecules that help remove and deactivate free radicals and other compounds that damage cells. Several vitamins and minerals have shown to act as antioxidants, and several studies have linked antioxidant consumption with increased sperm count.

Antioxidants that may contribute to a healthy sperm count include:

Polyunsaturated fats or so-called healthy fats, such as omega-3 and omega-6, are crucial to the healthy development of the sperm membrane.

Some studies have shown that individuals should consume these two essential omega compounds in equal quantities for ideal sperm development and antioxidant benefits.

Omega-3 supplements are available to purchase online from various brands.

A 2014 study that surveyed 209 healthy Spanish men between the ages of 18 to 23 years of age found that as they increased their consumption of trans fatty acids, their sperm count decreased proportionately.

Several studies have also shown that trans fatty acids may impair the ability of long-chain polyunsaturated fats to incorporate into sperm membranes, a critical step in sperm development.

12. Avoid or limit exposure to environmental or occupational toxins and contaminants

As the environment and atmosphere become increasingly polluted and congested, environmental factors, such as air quality and toxic chemical exposure, have frequently been linked to reduced sperm health and total count. Avoiding environmental toxins wherever possible also contributes to overall health.

It is important to point out that while some studies have shown a link between low sperm count and environmental contaminants, most of them do not support it. 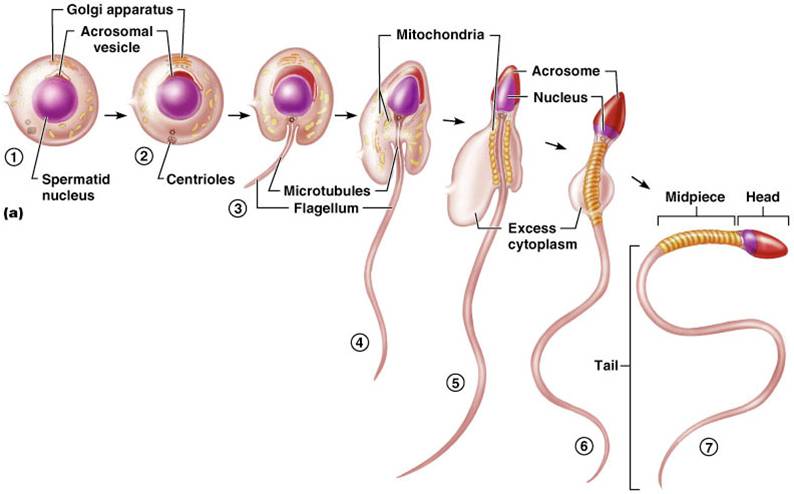 13. Avoid too much soy or foods with non-human estrogen

14. Get enough folate and zinc

Consuming folate and zinc in combination has been shown in limited studies to increase overall sperm health, including sperm concentration or total count.
Foods to improve sperm count

Though supplements are considered a safe way to get the recommended daily intake of most vitamins, minerals, and antioxidants, the body does not always easily absorb them.

Most studies suggest that eating foods rich in specific compounds and chemicals allows the body to use them more efficiently. So the best way to increase sperm count naturally may be to increase the consumption of foods high in sperm-friendly nutrients.

A doctor may prescribe medication for men with very low sperm counts or who have additional health factors or considerations.