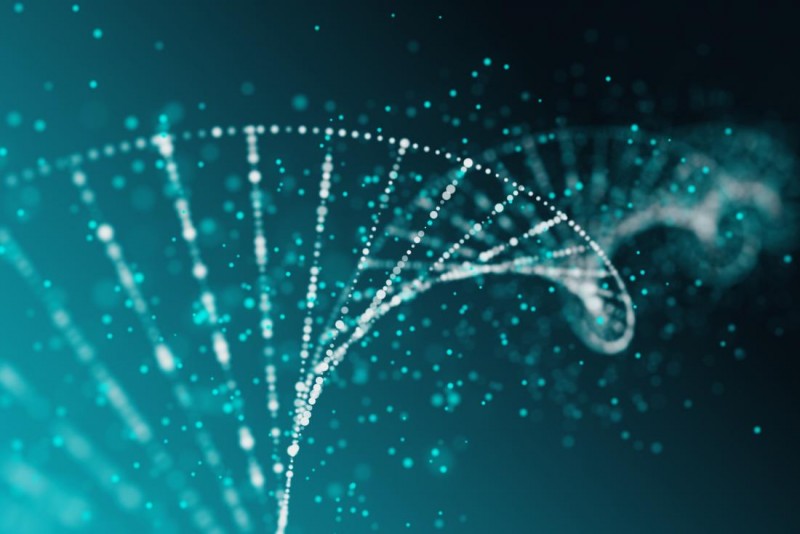 A DNA tool that combines gene therapy with chemotherapy could be a promising new way to defeat multidrug-resistant cancer cells.

The tool is a "tailored DNA nanoplatform" that can carry chemotherapy drugs into targeted cancer cells while also silencing the cells' drug-resistance genes.

The technique is the work of scientists at the National Center for Nanoscience and Technology in Beijing, China.

A recent paper in the journal Angewandte Chemie International Edition gives a detailed account of how the team developed and tested the DNA nanoplatforms.

Drug treatments have significantly improved rates of survival and quality of life for people with cancer.

However, there are many cases in which cancer responds well to treatment at first but then relapses or comes back because of drug resistance.

One of these is "drug efflux," a process in which transporter proteins pump drugs out of the cell body through its membranes. Efflux mechanisms exist "in all living cells," not just cancer cells.

For example, cells in the walls of the gut have an abundance of transporter proteins that pump drugs and other harmful agents back toward the digestive tract.

Thanks to extensive research, scientists now know a lot about the role of efflux mechanisms and transporter proteins in developing drug resistance in cancer.

One of the first transporter proteins that they identified was one that is coded by the Multi-Drug Resistance Gene 1 (MDR1).

One study, in particular, discovered that treatment with the potent anticancer drug doxorubicin greatly increased expression of MDR1 in cancerous cells but not healthy cells of the lung.

Therefore, while a drug may be very good at killing cancer cells, if the cells get better at expelling it, eventually, the drug will not be inside the cell long enough to take effect.

To tackle this problem, cancer researchers are working on ways to switch off the genes that drive drug efflux in tumor cells.

One approach to switching off efflux pumps is a gene-silencing technique called RNA interference (RNAi). This uses molecules called RNA transcription templates to interfere with gene expression in the cells.

However, for treatment to be effective, the RNA transcription templates have to be released inside the cell body, or cytoplasm. Secondly, this has to take place at the same time as delivering the drug that kills the cells. And thirdly, healthy cells must remain untouched.

The new DNA nanoplatform addresses all three requirements — it specifically targets the cancer cells, it delivers the anticancer drug to their insides, and it switches off the genes that drive their efflux pumps to give the drug time to work.

The team used "DNA origami" techniques to create a platform that includes all the components necessary for these things to happen.

Using the well-established approach, scientists can create DNA platforms comprising simple and complicated molecular shapes that are small enough to work at the cell level.

In this case, the team made a simple structure that self-assembles into a triangular DNA nanoplatform. The platform has several sites that can bind to various "functional units."

The researchers tested the ability of the DNA platform to selectively deliver RNA transcription templates and the chemotherapy drug doxorubicin first in cell cultures and then in mice with multidrug-resistant tumors.

They used "two linear small hairpin RNA transcription templates." One of these took care of gene silencing, and the other took care of cell recognition and insertion.

The results showed that the "tailored DNA platform" was very effective at both the selective delivery and release of the two items. This also resulted in a highly-selective tumor kill rate.

The team says that the study demonstrates how to create a nanostructure that delivers chemotherapy selectively to cancer cells while also suppressing drug resistance using gene silencing without harming healthy tissue.

They suggest that it should also be possible to tailor the DNA platforms for use in a range of treatments by altering the targets, payloads, and delivery strategies.

"This tailored DNA nanoplatform, which combines RNAi therapy and chemotherapy, provides a new strategy for the treatment of multidrug-resistant tumors."