Common Drugs Lead To Millions Of Cases Of Lung Disease 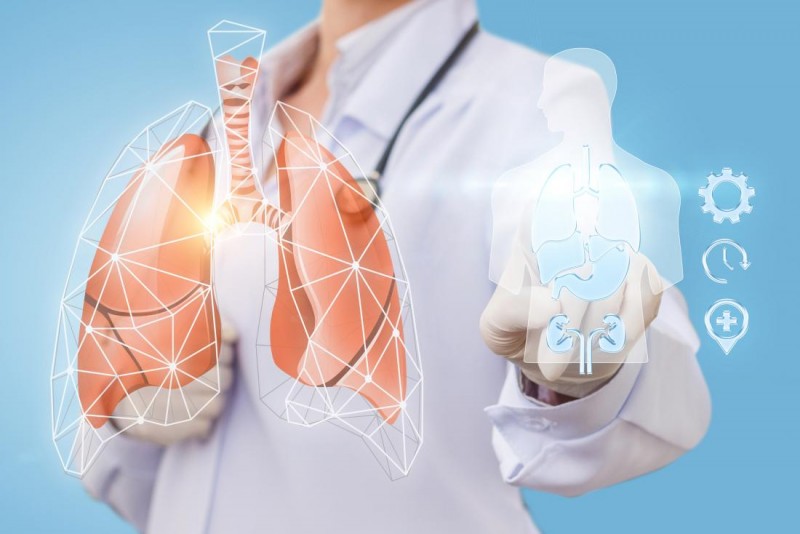 Common drugs that doctors prescribe to treat heart problems, arthritis, and cancer can actually pose a threat to lung health, and this problem "affects a considerable number of people." This is the conclusion of a new review of the literature conducted by researchers from the United Kingdom.

Sometimes, drugs that treat one health problem can, in time, lead to another.

This is the case for many common medications that may contribute to the development of lung disease.

A new systematic review has assessed studies looking at the risks associated with 27 common drugs over time.

It found that, in more cases than previously thought, they have negative effects on lung health and can cause a condition known as drug-induced interstitial lung disease (DIILD).

Scientists from the Universities of Manchester, Leeds, and Sheffield, as well as the National Institute for Health Research Manchester Biomedical Research Centre and the European Organisation for Research and Treatment of Cancer, conducted the research.

The team's findings now appear in the Journal of Clinical Medicine.

"Doctors need to be aware and vigilant to the possible lung toxicities and harm that can be caused by some drugs," says Dr. Nazia Chaudhuri, one of the researchers involved in this review.

"With newer drugs coming on the market this is an increasing yet under-recognized problem and we need better ways of detecting these side effects before they cause harm," she warns.

Millions of cases diagnosed per year

The researchers analyzed data from 6,200 participants, which they collected from 156 specialized papers. Their effort is part of a large project supported by the European Union and the Innovative Medicine Initiatives, whose purpose is to develop imaging techniques for DIILD.

Some of the symptoms of DIILD include problems with breathing, pulmonary fibrosis (scarring), and inflammation. However, a person may not know that they face exposure to lung disease for many years after they have started taking the medication that causes the problem.

In this review, the investigators looked at 27 drugs that treat cardiovascular problems or cancer, as well as other health issues.

The researchers note that many of the studies that they analyzed were of poor quality. Despite this, they were able to establish that worldwide, doctors diagnose between 4.1 and 12.4 million cases of DIILD each year.

Moreover, DIILD appears to account for approximately 3–5 percent of all cases of interstitial lung disease.

Some of the papers under review reported mortality rates of more than 50 percent, and 25 percent of the total number of participants passed away due to lung-related problems.

"Though this area is not well-researched, we can say that the side effects of drugs on the lung are much more widespread than previously thought," says study co-author Prof. John Waterton.

"We do know it affects a considerable number of people, which is why we want to develop better imaging tests to pick up any lung problems before they become serious. It's important to stress that patients can safely continue to take their medication — but it's also important that doctors monitor and assess them closely for side effects in the lung."